ONE: Reign Of Dynasties Results And Replay 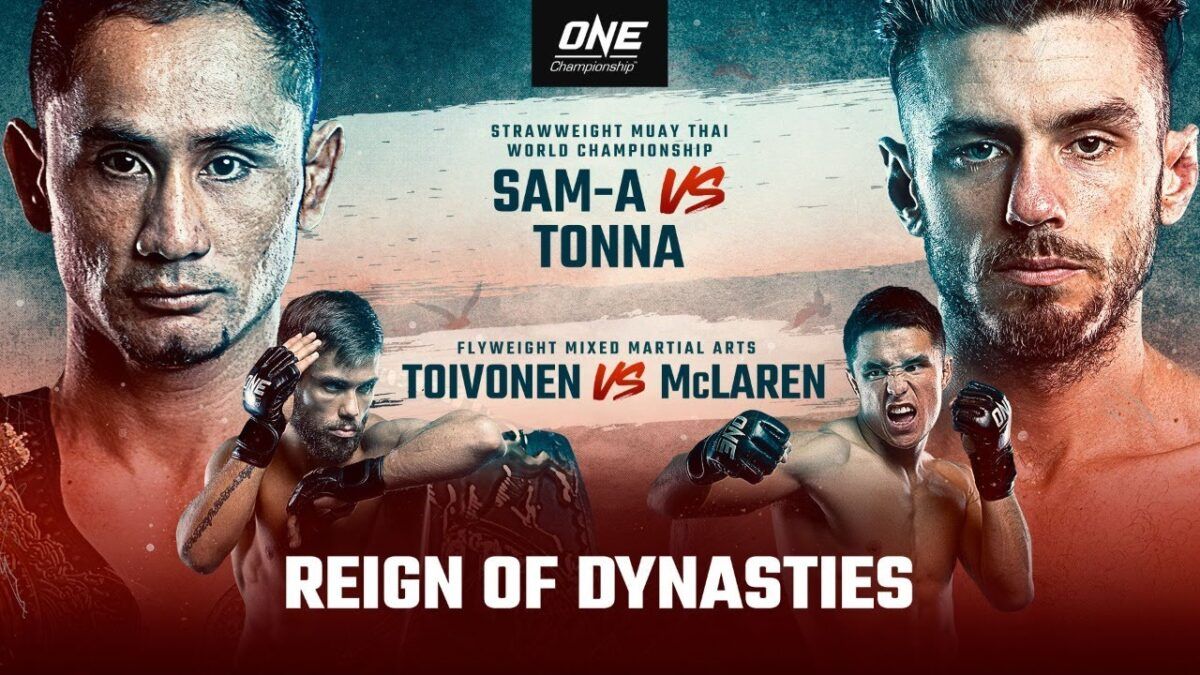 ONE: Reign Of Dynasties goes down on Friday night behind closed doors at the Singapore Indoor Stadium. The promotion’s first international event since ONE: King Of The Jungle is February will feature a Muay Thai title fight in the main event, proceeding with five mixed martial arts contests.

After winning the ONE strawweight Muay Thai at ONE: King Of The Jungle by defeating the young Australian Rocky Ogden, Sam-A Gaiyanghadao will defend his title in the main event against another young Aussie, in Josh Tonna.

The ONE: Reign Of Dynasties co-main event will see the number five ranked ONE flyweight Reece McLaren take on the undefeated Aleksi Toivonen. The card also features a fun lightweight matchup between Singapore’s Amir Khan and India’s Rajul Raju, who is based in Singapore.

Official results from ONE: Reign Of Dynasties:

ONE Championship returns next Friday night with ONE: Reign Of Dynasties 2.