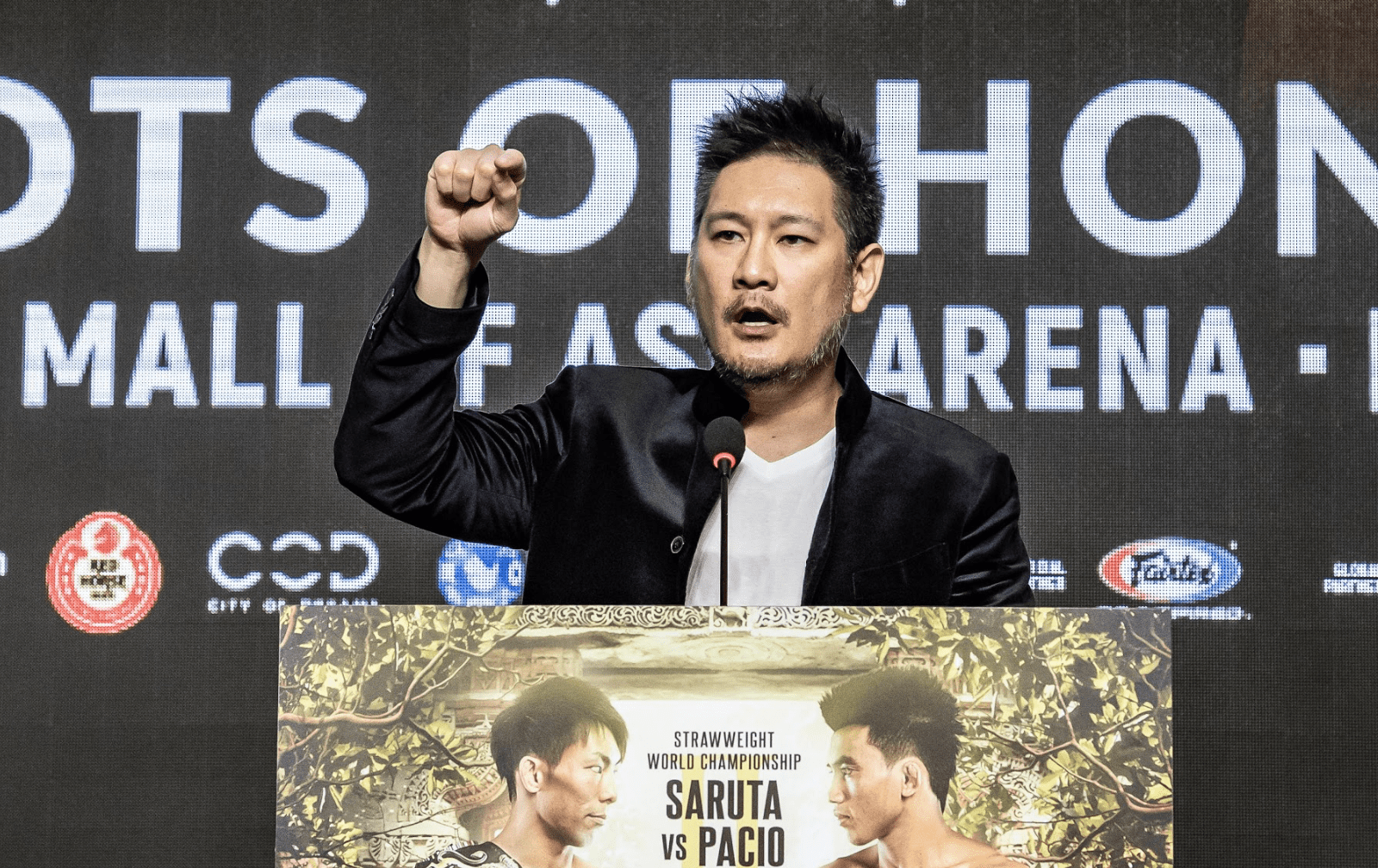 ONE Championship will finally return to hosting international events with its global superstars, beginning with ONE: Reign Of Dynasties in Singapore on October 9th. The main event will feature Muay Thai legend Sam-A Gaiyanghadao defending the ONE strawweight Muay Thai title against Josh Tonna.

“The Start Of Our International Events”

Since the return of ONE Championship on July 31st with ONE: No Surrender, the organisation has hosted events in Bangkok, Thailand featuring local fighters. While international events are finally back, shows will still be closed-door. In a global conference call, ONE CEO Chatri Sityodtong said he was excited to be able to get the wheels turning on ONE’s international shows, which will not only include Singapore and Thailand.

“Even though borders are still closed across Asia, this will be the start of our international events but we are also working with other major governments across Asia for the same thing in terms of, obviously special Covid protocols to ensure the health and safety of our athletes, our staff, and obviously the residents of any country that we are hosting our international events. This is a huge thing for us and we’re super excited and this card itself is also a very exciting one especially for Asia.”

Clearing Fighters From The US

Some countries have been hit harder by the coronavirus than others. Chief among them is the United States, which happens to be home to ONE superstars like Demetrious Johnson and Eddie Alvarez. Sityodtong and his team have been hard at work in getting US-based fighters travel clearance, so that they can return to the ONE Circle.

“Yes, definitely!” said Sityodtong. “You know, we are solving those issues as we speak. And again, as I mentioned at the top of the call, we are working with multiple governments internationally to be able to create the same situation that we have in Singapore. So knock on wood that things come to fruition. But yes, I’m eager to get DJ and Eddie back in action ASAP.”

The Return Of Team Lakay

There’s no question that Team Lakay has become one of the most popular group of Filipino fighters, both among Filipino and international audiences. Sityodtong revealed that some members of the storied Baguio team will be returning to action at the end of the month. The most prominent of them will be former ONE lightweight champion, Eduard Folayang.

“I can say that on October 30th a few Filipino fighters from Team Lakay will be competing,” Sityodtong said. “I can say Eduard Folayang, I guess I’ll reveal one more fight on the card is Eduard Folayang versus Antonio Caruso from Australia. That will be also on the main card.”

Sityodtong previously hinted at the possibility of more Grand Prix tournaments. Recently, the ONE CEO revealed that there would be an atomweight Grand Prix, which will be the first all-women’s tournament in ONE Championship history, in which the winner will get a title shot against Angela Lee, who recently announced that she is pregnant.

“I anticipate the atomweight Grand Prix to start in January, and just in time the winner of the Grand Prix will then face Angela Lee when she returns.”

The Apprentice Is Coming Soon

Sityodtong has also been focused on another project, The Apprentice: ONE Championship Edition, which is scheduled to begin production on October 26th.

“It’s Definitely In Our Plans”

For so long, Sityodtong has always talked about doing a ONE Championship event on US soil. But with the coronavirus situation, a show in the United States this year seems very unlikely. Despite how things are going, the ONE CEO is still adamant on setting up an event in America.

“You know, if it weren’t for the pandemic we would have already had our first event in the US and it’s unfortunate, so we have to regroup,” Sityodtong said. “You know the United States is going through its own strange times with the whole Covid situation, but also the whole political situation and the whole race relations.

“And so we will take our time. I don’t want to commit to a date of when we will go to the United States, but it’s definitely on our plans. But then again I just don’t know, I don’t have enough visibility. And again the US is in a very strange place right now as well.”

Big Plans For The Big Heavyweights

In the past few months, ONE Championship has gone on a signing spree that has seen the organisation add a lot of heavyweight talent. These names include Marcus ‘Buchecha’ Almeida and Amir Aliakbari. Arjan Bhullar, who was also a high-profile signing in 2019, was scheduled to challenge Brandon Vera for the ONE heavyweight title prior to the pandemic. Sityodtong however, confirmed that this will be rescheduled by the end of the year.

“Yes, actually Brandon Vera and Arjan Bhullar have agreed to fight,” said Sityodtong. “I believe they have already signed the bout agreements, and we will be making announcements for our next few cards. So they’ll be on it.

ONE Championship returns with its first international event ONE: Reign Of Dynasties on October 9th.