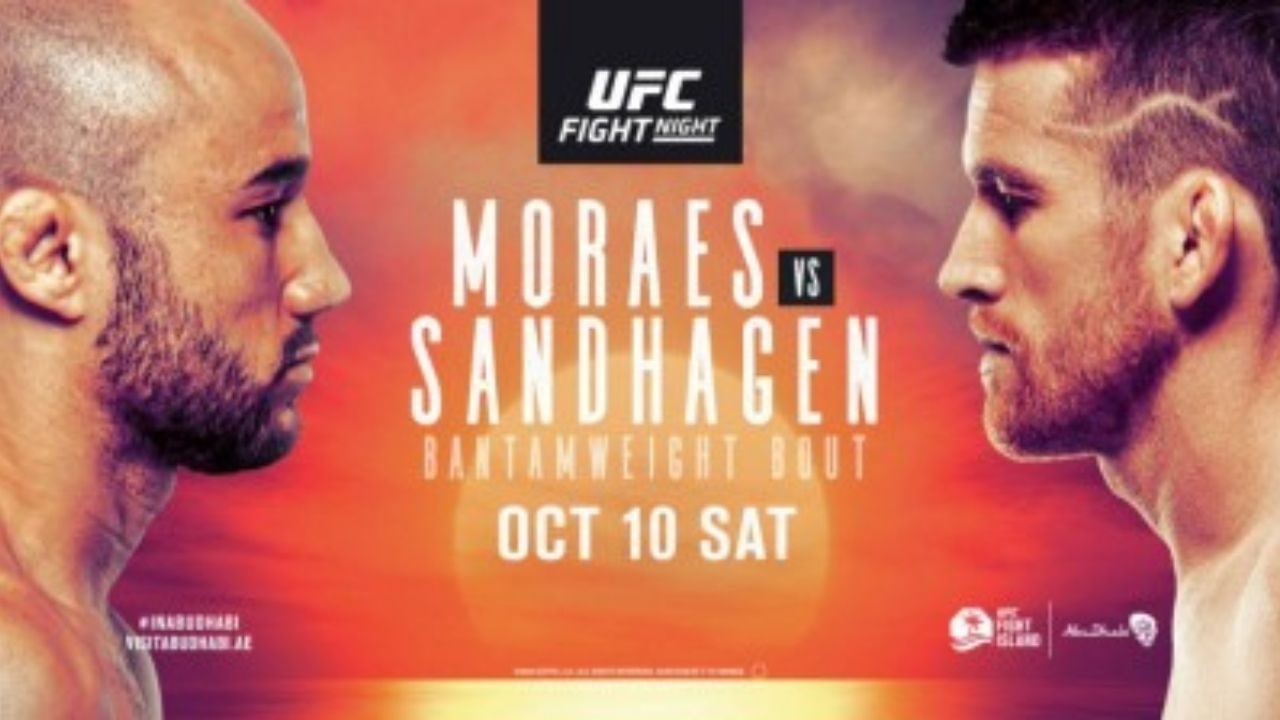 UFC Fight Island 5 goes down this weekend on Yas Island, Abu Dhabi. The main event features a pivotal matchup in the bantamweight division, as the number one contender Marlon Moraes, goes up against the number four ranked Cory Sandhagen.

Moraes is coming up off a razor close split decision win over the former featherweight king Jose Aldo, almost a year ago at UFC 245. While Sandhagen will be looking to bounce back from his first loss inside the Octagon, against Aljamain Sterling earlier this year at UFC 250.

In the UFC Fight Island 5 co-main event, Edson Barboza will be looking to get back to winning ways after three straight losses. His last two being controversial split decisions, that the Brazilian thought he won. His second fight at featherweight will see him go up against Makwan Amirkhani, who is coming off a first round submission win over Denny Henry at UFC 251.

Elsewhere on the card, Ben Rothwell and Marcin Tybura face off in a fun heavyweight contest.

This is how the MMA world reacted to UFC Fight Island 5:

The UFC returns next week with UFC Fight Island 6, which is headlined by ‘The Korean Zombie’ vs Brian Ortega in a featherweight number one contender fight.