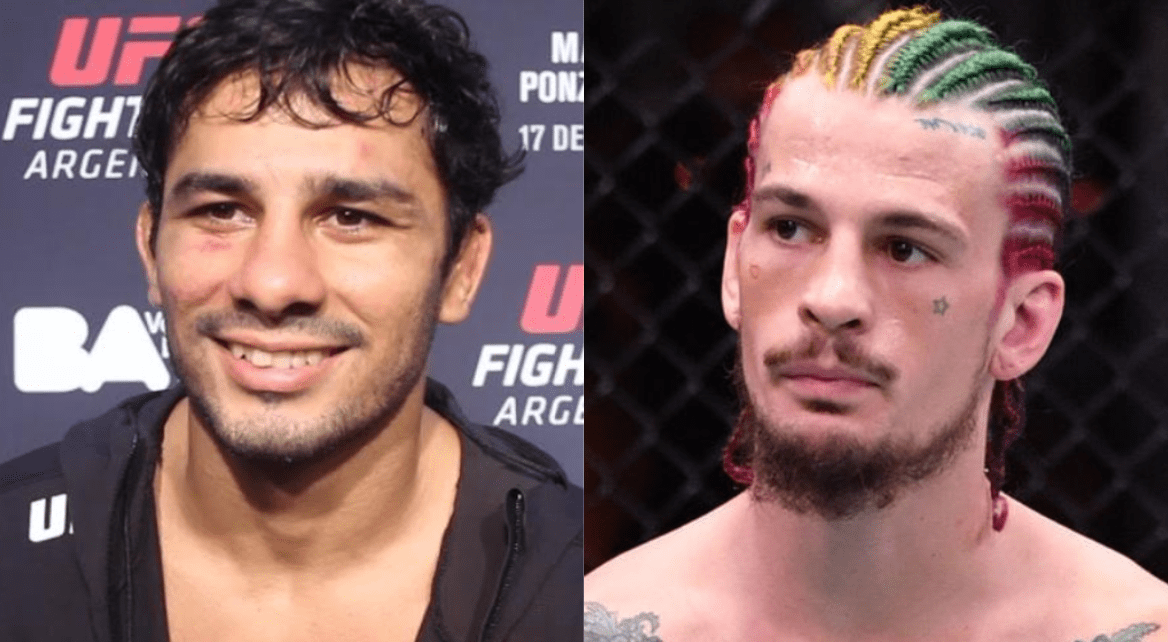 Alexandre Pantoja has responded to Sean O’Malley’s claim that he knocked out the Brazilian in a sparring session a few years ago at the MMA Lab.

Speaking on his podcast (as transcribed by BJPenn.com), O’Malley claimed that he knocked out the top flyweight contender several years ago during a sparring session at the MMA Lab in Arizona, citing Henry Cejudo as a witness.

“I knocked out Pantoja in the sparring days back at the old Lab,” O’Malley said. “Henry Cejudo [was there] yelling at me ‘pull your punches!’ I’m 3-0 as a pro. He’s making his UFC debut, in shape, in camp, [and I] finished him.”

Speaking to AG Fight however, Pantoja responded to the claims, saying that O’Malley broke the fighter code by speaking about sparring sessions outside of the gym.

“I learned early on that training is not talked about,” Pantoja said. “If he wants to say something, tell him to show the video. When I went to the Lab to spar, I had traveled for 15 hours by plane the previous day. I got there to train at 61kg (with bantamweights) and beat everyone in the gym.

At UFC Vegas 18 this past weekend, Pantoja spoiled UFC newcomer Manel Kape’s debut by handing him a unanimous decision loss. Over the three rounds, ‘The Cannibal’ was the more active of the two fighters as he relentlessly attacked ‘Starboy’, who was a little hesitant to exchange shots.

As for O’Malley, the UFC is targeting a bantamweight matchup between him and Almeida at UFC 260 on April 27th.

Who do you think would win a bantamweight contest between Sean O’Malley and Alexandre Pantoja?