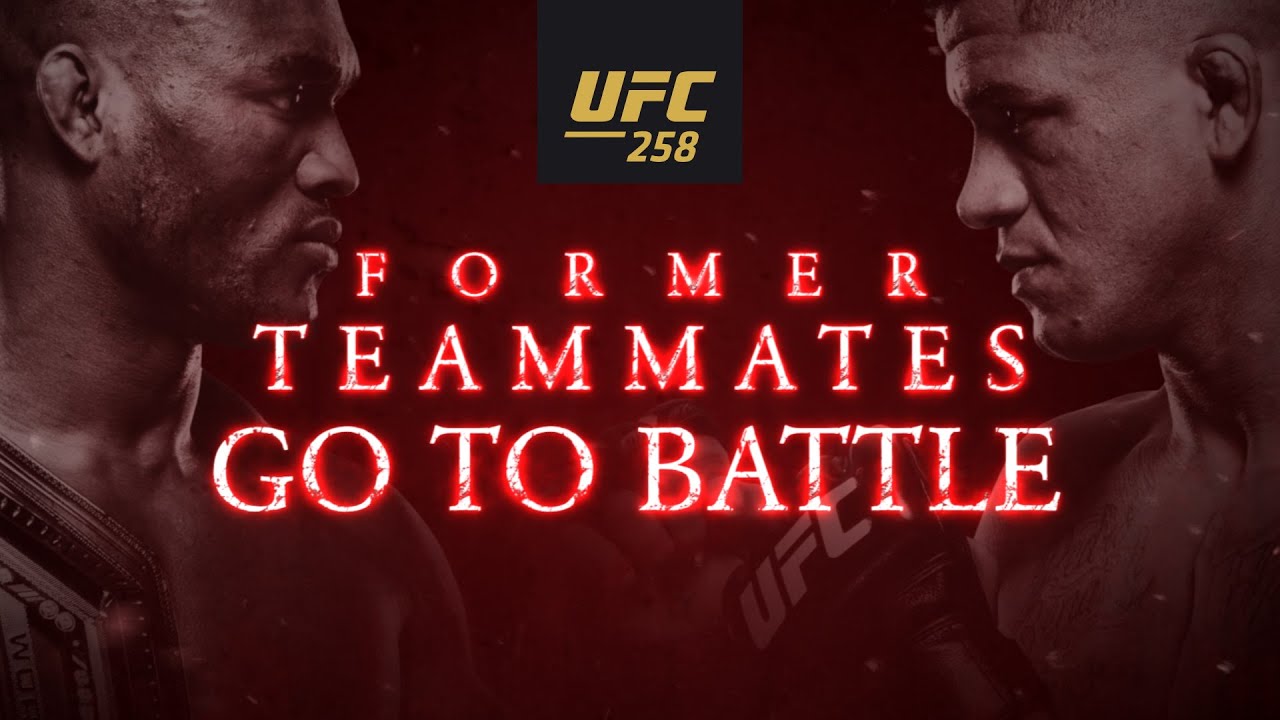 UFC 258 is set to go down on February 13th at the APEX Center in Las Vegas, Nevada. The UFC‘s second pay-per-view of the year will see former teammates Kamaru Usman and Gilbert Burns fight for the UFC welterweight title in the main event.

This is the third time the fight has been booked, having previously been scrapped twice in 2020. They were originally scheduled to fight for the title last July at UFC 251, but Burns tested positive for the coronavirus and was replaced on one week’s notice by Jorge Masvidal.

Despite the last minute change of opponent, Usman was able to largely dominate Masvidal for five rounds to defend his title. The fight was then rebooked for UFC 256 last month, but the champion pulled out claiming that he wouldn’t be ready in time.

Burns is currently on a six fight win streak, and earned his title shot by dominating the former champion Tyron Woodley last May at UFC Vegas. Usman is on a sixteen fight win streak, having not lost since his second professional fight of his career eight years ago.

Chris Weidman and Uriah Hall were scheduled to rematch in the UFC 258 co-main event. However, the top fifteen middleweight matchup has had to be postponed after the former champion tested positive for COVID. It will now take place at UFC 261. The UFC is thought to have offered Charles Oliveira the chance to face Michael Chandler to fill the empty slot, but the Brazilian turned down the fight because the lightweight belt wouldn’t be on the line.

The UFC has now confirmed that top 15 flyweight bout between Maycee Barber and Alexa Grasso will be the co-main event at UFC 258.

As we get closer to fight night, we will add the best UFC 258 pre-fight videos to this page. Including the official promos, the face offs, the weigh-ins, and the Embedded Series.

Who do you think walks away from the UFC 258 main event as the welterweight champion, Kamaru Usman or Gilbert Burns?