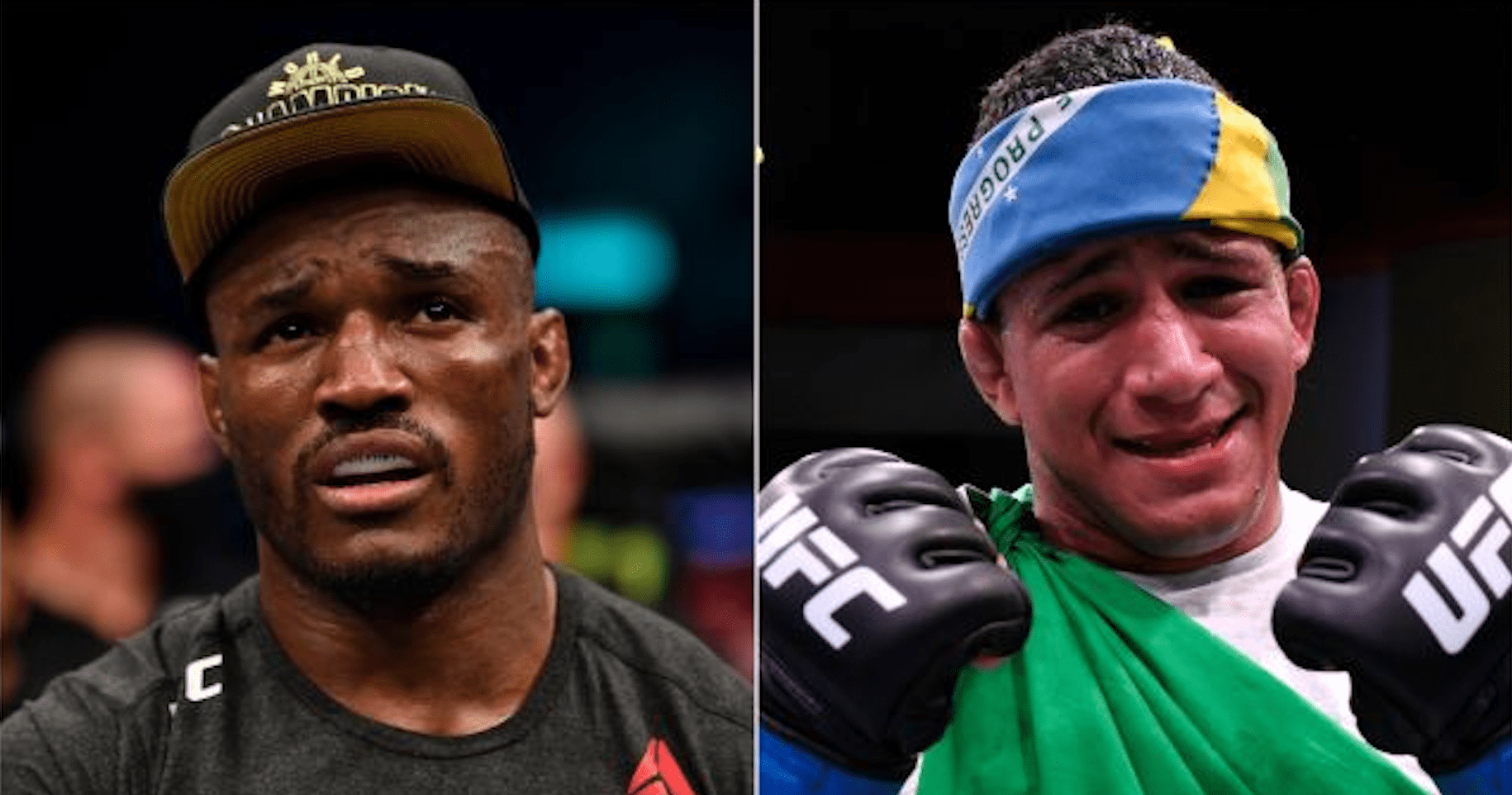 Georges St-Pierre has shared his thoughts on the welterweight title fight between Kamaru Usman and Gilbert Burns at UFC 258.

Usman and Burns were originally scheduled to fight at UFC 251, but the fight was scrapped after the Brazilian caught COVID. Jorge Masvidal replaced him on short notice, but lost by unanimous decision. The two were booked again to compete at UFC 256, but Usman pulled out, saying that he wouldn’t be ready in time.

‘Durinho’ and ‘The Nigerian Nightmare’ have spent almost a decade training together at various gyms, most recently at Sanford MMA. So they are well aware of each others’ skillset. However, speaking on Twitter (as transcribed by BJPenn.com), former welterweight champion St-Pierre said he believes that the amount of time spent training together in the gym isn’t going to play a major role at UFC 258.

“Kamaru Usman against Gilbert Burns. They both train with each other before, they know each other, I dont think they have much surprise for one another,” St-Pierre said. “However, training in the gym is very different than fighting in the cage.”

Since winning the title against Tyron Woodley at UFC 235, Usman has defended it twice, against Colby Covington and Masvidal. Whereas Burns will be featuring in a UFC title fight for the first time in his career at UFC 258. St-Pierre believes the champion’s experience will give him the upper hand.

“Usman, he’s very good when he’s bringing his opponent against the fence,” St-Pierre noted. “He’s very good with the wall wrestling then he can get his opponent tired and he can put him down and used his ground and pound. He can neutralise the ability of his opponent by using the fence. Burns, I believe he would be at his best to stay in the middle of the fence to fight Kamaru Usman. Usman has a lot of experience in championship round fights, Burns does not. That’s why I think the experience will play in the favour of Usman.”

Do you agree with Georges St-Pierre? Or do you see Kamaru Usman vs Gilbert Burns playing out differently at UFC 258?