Ritu Phogat Hoping To End Year On A Winning Note 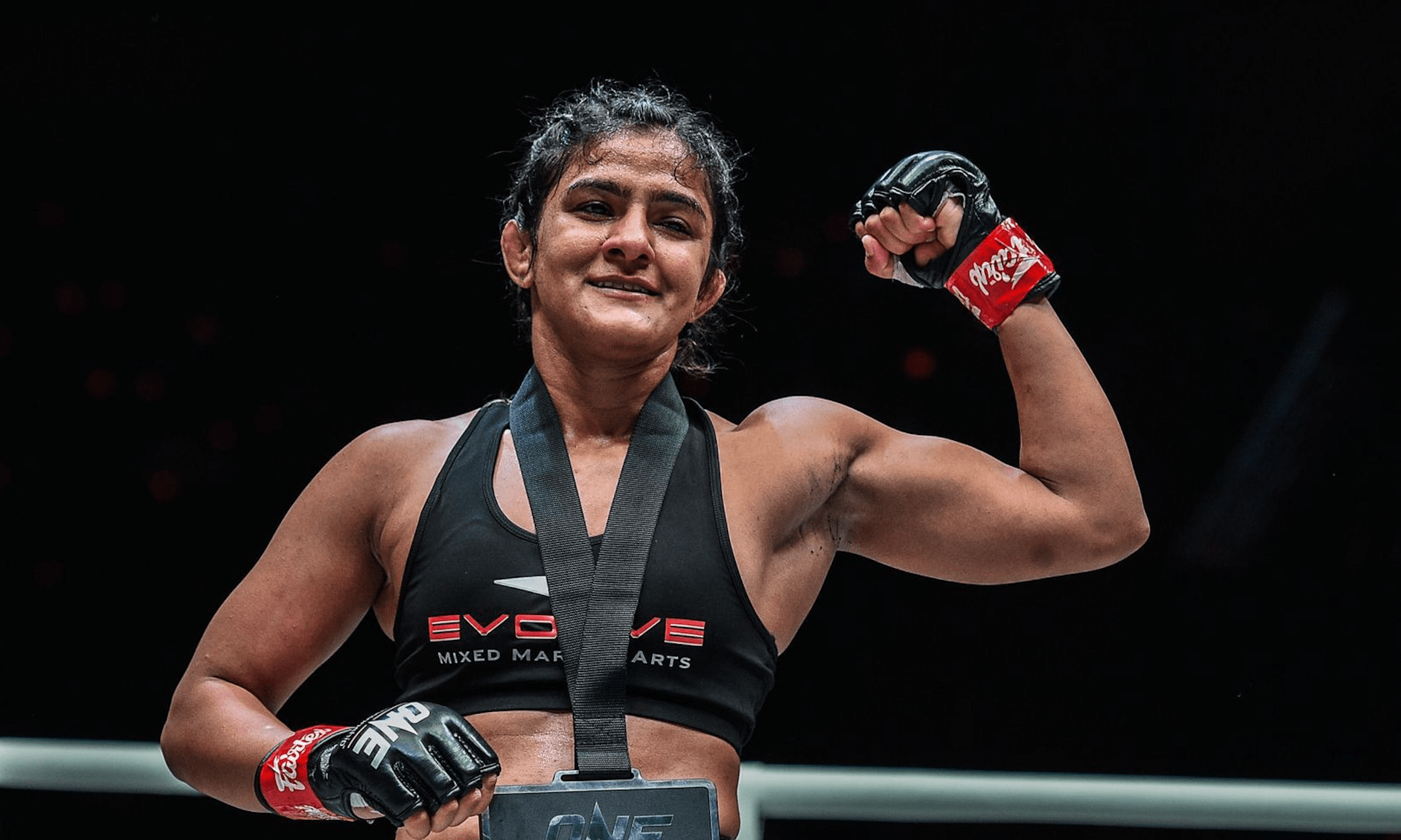 When she steps inside the ONE Circle on Friday night against Jomary Torres at ONE: Big Bang in Singapore, India’s top female MMA prospect Ritu Phogat, will be looking to improve her undefeated record to 4-0.

The undefeated prospect from Haryana, India, hails from a family of decorated wrestlers, who have gone on to win multiple world championships throughout their careers.

Despite a brilliant start to her career, Phogat told ONE Championship she is not underestimating the skillset of potentially her toughest ONE opponent to date, and looks forward to the “interesting” matchup.

Torres made a winning start to her ONE career but later lost her way, with four defeats and a no-contest in her last five fights, ‘The Zamboanginian Fighter’ will be fighting for more than just a victory. The Filipina will come out on Friday to prove a point, and while Phogat understands that, she knows that she has a wrestling advantage over her opponent, plus a few surprises in her standup game.

“Definitely, she is a good fighter,” Phogat stated. “She is going to be a challenge for me. I have watched her fights, and she is good. I respect her a lot, but I trust my training and hard work. She has a strong standup game, but I think my wrestling game is better. I am hoping that my ground game trumps her game. For the rest, let’s see how it goes inside the Circle. I hope that whoever is watching, they see me as doing something different. I would surely like to do something different this time.”

A Nation Behind Her

The Phogats became a household name in India after Bollywood superstar Amir Khan made a biographical sports drama film on the family. This only means a lot of eyes will be on her when she steps inside the ONE Circle, and with the entire nation of India behind her, the 26 year old will be carrying forward the family legacy with eyes on ONE gold.

“My fans have always supported me, and I hope that they continue doing it,” Phogat said. “It motivates me a lot. I am grateful to my countrymen. I want to keep going, marching forward with their support. I fight for my country and when my nation is behind me, it is a blessing.”

Focus On Task At Hand

A win against Torres will potentially earn her a place in ONE’s atomweight top five rankings, but that is not what Phogat is thinking of right now. For her, ending the year on a winning note is the most important thing.

“I am not thinking like that,” Phogat said. “I just want to end the year on a winning note.”

Evolve MMA’s Phogat last fought in October at ONE: Inside The Matrix, beating Cambodia’s Nou Sren Pov via TKO in round two.

Will Ritu Phogat continue her winning ways against Jomary Torres at ONE: Big Bang?