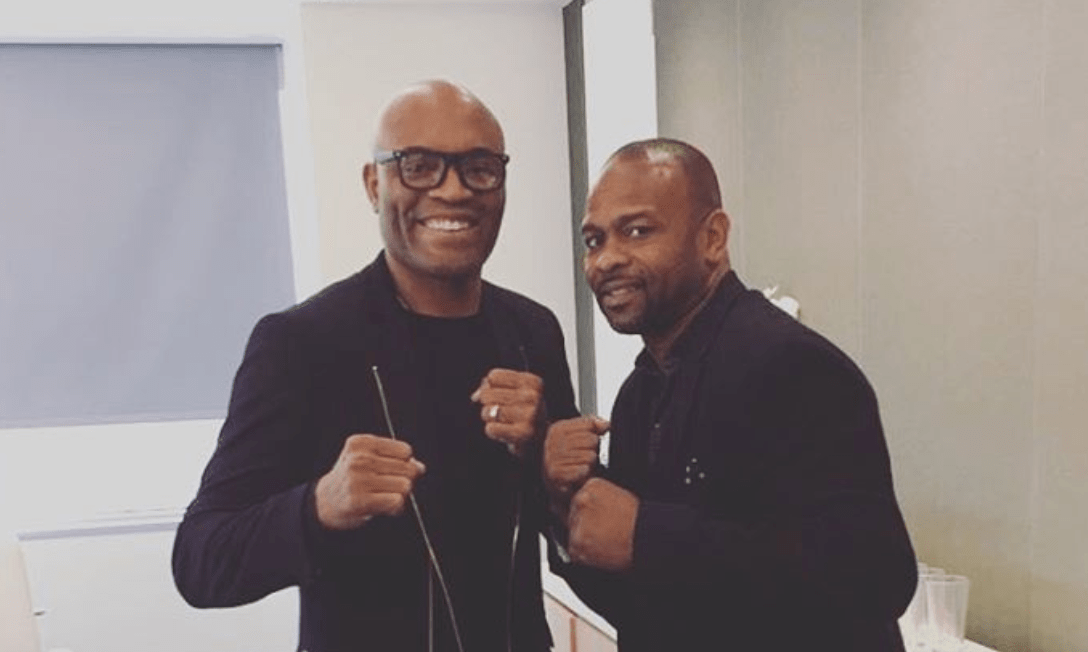 Roy Jones Jr and Anderson Silva have both expressed their desire to compete against one another in a boxing match for many years. Unfortunately for the pair though, UFC president Dana White refused to entertain the idea while the Brazilian was under contract with the promotion.

Silva was released from the UFC last November however, and is currently a free agent, which opens the door to a long-awaited clash with Jones. Speaking with TMZ Sports (as transcribed by BJPenn.com), the boxing legend said that he’s optimistic about his ‘dream fight’ with ‘The Spider’ finally happening.

“Truthfully speaking, my dream next fight will probably be Anderson Silva,” Jones said. “Because Anderson is available now, I’m available now, and so we’ve been wanting to box for the longest time. Why not me and Anderson go out there and put it on for the people?

“[We’ve been talking about it] for a few years now. It can happen [now] I think. I’m going to call him when I get home and I’ll see what’s happening. It can happen, yes.”

While Silva made his name in MMA, he has also competed under the Queensberry Rules before, which Jones believes would obviously benefit him should they meet in the boxing ring.

“Anderson has a better fight record at boxing than people like Conor McGregor,” Jones suggested. “Anderson was 13-1 to 13-2 as a pro boxer (Silva’s 1-1 as a pro boxer). He actually knows what a pro boxer is. He’s been a pro boxer before. He knows how to pro box.”

In his prime, Jones would have eased past Silva. But at 52 years old, he admits that he is a shadow of his former self, and the former UFC middleweight champion now has a better chance of beating him.

“At his age, my knees not being the same as they used to be, it gives him a better chance,” Jones said. “And he’s a tall left-hander, so all of that works in his favour, you understand me? So yes, there are a few different elements now that would give him a better chance now than he would have had back in the day. Back in my prime, no, no chance. But now that I’m older and older than him, I think his chances now are better than they ever were before.”

Would you be interested in a boxing match between Roy Jones Jr and Anderson Silva?