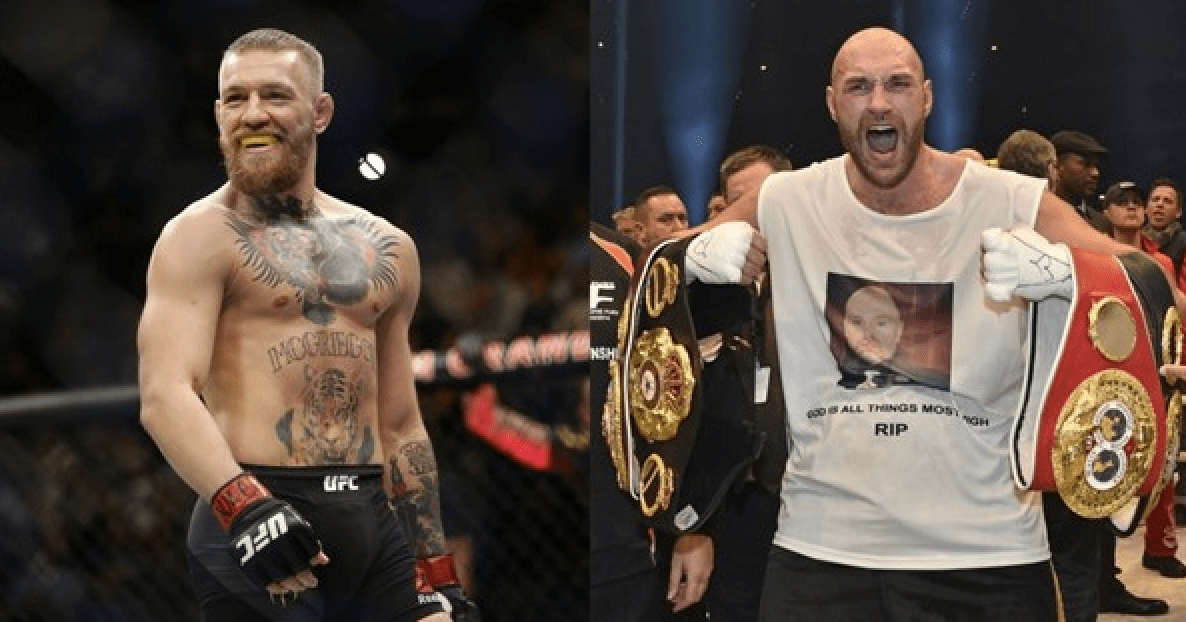 Tyson Fury made headlines in 2019 when footage of him training MMA with UFC middleweight contender Darren Till was posted online. Things got interesting when he expressed his willingness to crossover to fight Francis Ngannou and the UFC heavyweight champion, Stipe Miocic. ‘The Gypsy King’ even hinted that Conor McGregor would help him prepare him for his MMA debut.

Fury later backtracked on his wish, saying that he would compete against an MMA fighter with 4oz gloves, but not in a mixed martial arts contest. While he’s not open to making the switch anymore, the WBC and The Ring heavyweight champion is still keeping a close eye on the sport, particularly on McGregor.

The Irishman’s most recent visit to the Octagon ended in a brutal fashion as he was TKO’d by Dustin Poirier in the second round at UFC 257. Speaking to ESPN (as transcribed by The Mac Life), Fury said that McGregor should go for the high-stakes trilogy fight with ‘The Diamond’, as he thrives under pressure.

“Most definitely, yes,” Fury said. “He’s been in the ring now, he’s been active. He’s had that training camp, he’s going to have another training camp. Bit more activity. I think he’ll get focused and do what he’s got to do in the rematch.

“When it’s a make or break fight, which this one will be — this’ll be the icing on the cake — if he loses this one, then where does he go from there. But if he wins it, he’s back up there. I think he thrives under pressure like that and providing does a good training camp and gets to the ring injury free, he should do okay.”

Dana White and the UFC are believed to be targeting a trilogy fight between Poirier and McGregor in the summer. As for Fury, he is keeping his fingers crossed for a blockbuster unification bout with WBA (Super), IBF, WBO, and IBO champion Anthony Joshua, later this year.

Do you agree with Tyson Fury’s thoughts on Conor McGregor?