Alvarez: Lee Isn’t Even The Best Lightweight In ONE Championship 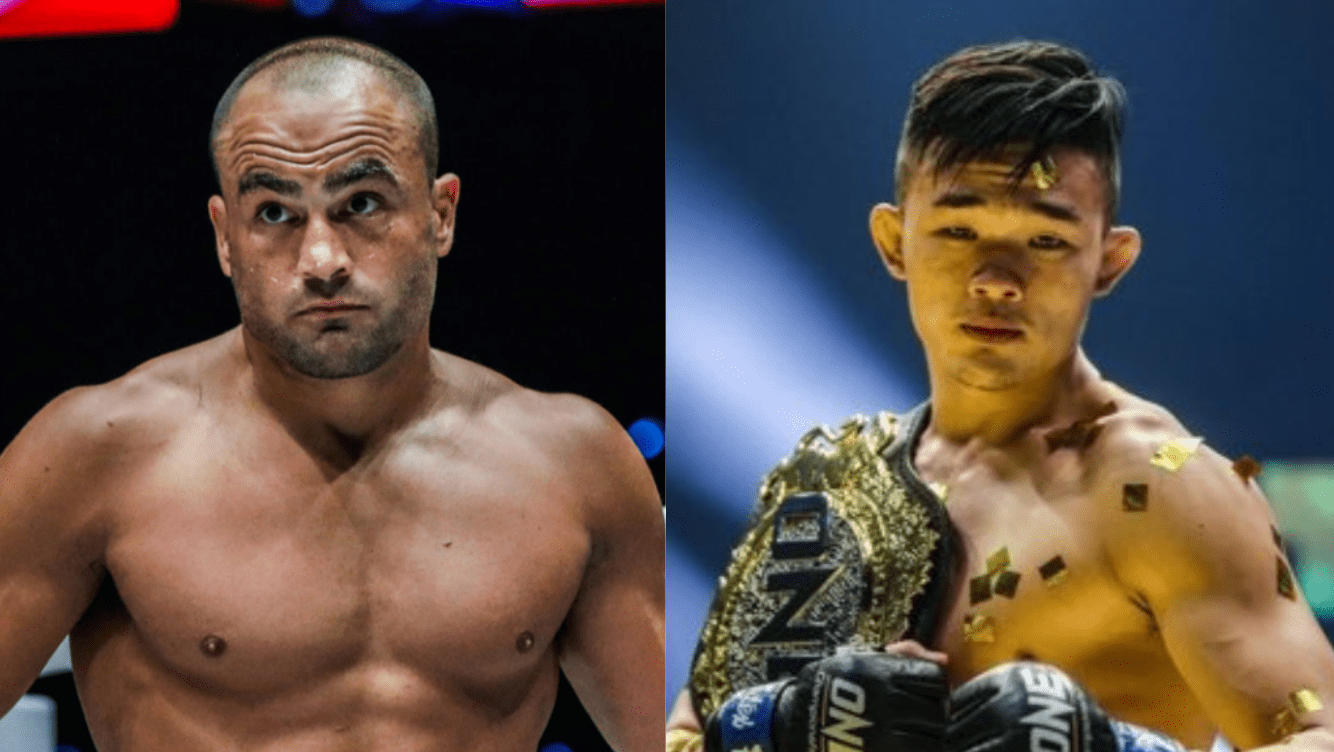 ONE lightweight champion Christian Lee believes that he’s the best lightweight in the world. Eddie Alvarez however, begs to differ.

Ever since Alvarez signed with ONE Championship at the end of 2018, a fight between the two has been on the cards, and their stars could align in the near future.

‘The Underground King’ made his promotional debut against Timofey Nastyukhin at ONE: A New Era, but it didn’t go to plan as he was TKO’d in the first round. He then bounced back against Eduard Folayang, surviving the early onslaught by the Filipino to submit him at ONE: Dawn Of Heroes in the ONE Lightweight World Grand Prix semi-finals.

However, Alvarez was forced to withdraw from the tournament due to injury. He will return to the ONE Circle after nearly two years away to face Iuri Lapicus at ONE on TNT 1 on April 7th.

Should he win his bout, and ‘The Warrior’ successfully defends his title against Nastyukhin at ONE on TNT 2, Alvarez could finally get his chance to fight Lee.

Not Even The Best Lightweight In ONE Championship

Speaking to LowKick MMA, Alvarez said that the United MMA representative still has a long way to go before he can claim to be the very best lightweight on the planet.

“I think he’s well-rounded. He’s good, but no. The best in the whole world? No, he’s not,” Alvarez said. “He’s not even the best in ONE Championship. If they just let me fight him. He’ll understand that and so will the promotion.”

One Win Away From Title Shot

Having held titles in Bellator and the UFC, Alvarez doesn’t feel that he has anything left to prove. He believes however, that a win over Lapicus will prove that he deserves the next title shot against either Lee or Nastyukhin.

“I think that’s it (after I beat Lapicus). I beat the former champion, two-time champion Eduard Folayang. Iluri Lapicus, he’s number two. I believe he is ranked number two and then that’s it. I feel like that’s it,” Alvarez stressed. “I don’t feel the need to prove myself. I’ve beaten so many champions throughout my career. I don’t know what we are waiting on. I don’t know what I have to prove more. I can beat the best guys in the world. Put me in front of your champion and I’ll beat him.”

Giving his thoughts on the upcoming title fight between Lee and Nastyukhin, Alvarez advised the champion to stick to his gameplan and take the fight to the mat, because otherwise the Russian could get the knockout finish on the feet.

“I think Christian’s style. The way he comes forward. I think he has to just play that style and if he plays that style, I think he’ll do a lot better,” Alvarez said. “Forcing into a wrestling, grappling match is his best chance. I think if he stands up and tries to play that game I think Timofey is going to put him away.

“Christian has that really high pace right from the beginning, right from the gate, grappling at that sort of pace. He’s going to have to force that on Timofey and get him tired and take away that explosiveness. It could go either way. It’s a matter of who comes out more focused and who imposes their style the most. I wish them both the best of luck.”

What are your predictions for Eddie Alvarez vs Iuri Lapicus at ONE on TNT 1, and Christian Lee vs Timofey Nastyukhin at ONE on TNT 2?