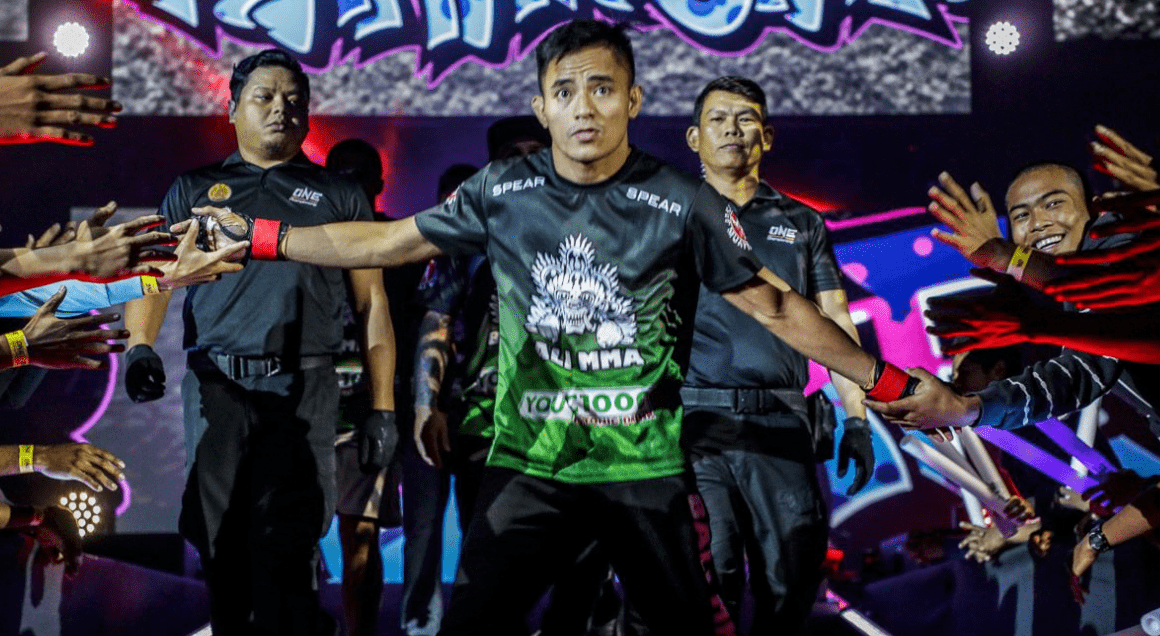 Stefer Rahardian is considered one of the best mixed martial artists to come out of Indonesia in recent years. The Bali MMA strawweight got back to winning ways in his last outing, beating his compatriot Adrian Mattheis at ONE: Dawn Of Valor, last October.

Fuelled with the desire to one day sit at the top of his weight class, Rahardian is hungry to work his way up the ONE strawweight rankings to earn a world title shot. Speaking to ONE Championship, ‘The Lion’ shared his thoughts on the current top five in the ONE strawweight division. As well as the champion, Joshua Pacio.

Standing at the top of the division is the strawweight king Joshua Pacio, who is still only 24 years old. The well rounded Team Lakay standout has five KO/TKO wins to his name, and nine by way of submission. ‘The Passion’ is coming off a successful title defence against former title holder Alex Silva, at ONE: Fire And Fury at the start of the year.

“Pacio is a well-rounded athlete with a unique skill set, and he also has a strong physique. If we observe the striking and grappling abilities he possesses, I do think that he is top-notch. “The Passion” has very good striking, and it is complemented with a special skill in grappling defence, as shown when he faced an ultimate grappler like Alex ‘Little Rock’ Silva. He was able to stop a series of grappling attacks from “Little Rock.” He’s the champ [for a reason]!”

At the top of the list of contenders is the former strawweight champion, Yosuke Saruta. ‘The Ninja’ should enter his next bout full of confidence, after scoring an impressive knockout over Daichi Kitakata at ONE: Century. The Japanese 33 year old has only lost twice in his last thirteen bouts.

“I believe that Yosuke “The Ninja” Saruta has a similar fighting style if compared to Yoshitaka “Nobita” Naito. However, Saruta definitely has more power in his hands and can create massive knockouts when facing his opponents. I believe he is worthy of being named the top contender, and he could have another opportunity to challenge for the ONE strawweight world championship.”

Second on the list is another former Japanese ONE champion, Yoshitaka Naito. ‘Nobita’ is a grappling wizard who currently holds a record of 15-3. The 36 year old is coming off back-to-back wins over Alex Silva and Pongsiri Mitsatit.

“He is a former ONE strawweight world champion who has very good footwork. He also has great agility. Whoever is facing this strong Japanese athlete will need to be very cautious with his grappling and ground game.”

Standing at number three is Rene Catalan. Although he was unsuccessful in beating Pacio for the title at ONE: Masters of Fate last November, ‘The Challenger” is a dangerous opponent for anyone in the division. The loss ended his six fight win streak inside the ONE Circle. The Filipino won a silver medal in Sambo at the SEA Games at the end of 2019. The 41 year old handed Rahardian the first loss of his career, two years ago at ONE: Reign Of Kings.

“I sincerely believe that Rene is one of those athletes who will become a legend. He definitely has the experience and massive abilities in striking. It was amazing and proper to see him have the opportunity for a title shot at ONE: Masters of Fate against Pacio. Also, based on my previous experience when facing Catalan at ONE: Reign of Kings, one of the best features in his performance was his almost-perfect striking ability. In short, I see him as an athlete who possesses great experience throughout his professional mixed martial arts career.”

Coming in at number four is Alex Silva, another former strawweight Champion. Although he’s coming off a very close split decision loss to the current champion, ‘Little Rock’ has been superb in maximising his BJJ skills inside the ONE Circle. The 37 year old Brazilian submitted Rahardian a year ago at ONE: Dreams of Gold.

“In my humble opinion, Silva is one of the best former ONE strawweight world champions, hands down. From my personal experience when I was matched up with him at ONE: Dreams of Gold, he was capable of representing Brazilian Jiu-Jitsu at its best. You may be able to see it in his previous bouts, as he was really showing the precision embedded in his BJJ techniques to stop his opponents’ movements. I was very proud to have shared the Circle with Silva, although I have to acknowledge his superiority in that bout. The match was really a special match for me, personally. “

At number five is Lito Adiwang. ‘Thunder Kid’ has received a lot of attention since transitioning to ONE’s main roster, with his last two fights both ending in the first round. Team Lakay’s new kid on the block is currently on a seven fight win streak.

“I think this young blood is worth the hype of being on the global stage of ONE Championship, as he previously had a great run and achieved so many things in Rich Franklin’s ONE Warrior Series. Also, when I saw his bouts during his ONE Warrior Series days, Adiwang often gained victories through highlight-reel knockouts or submissions. In conclusion, I do believe that he has earned his spot on the main roster, among the best athletes on the global stage.”

Now that ONE Championship is back, who do you think Stefer Rahardian should face next inside the ONE Circle?