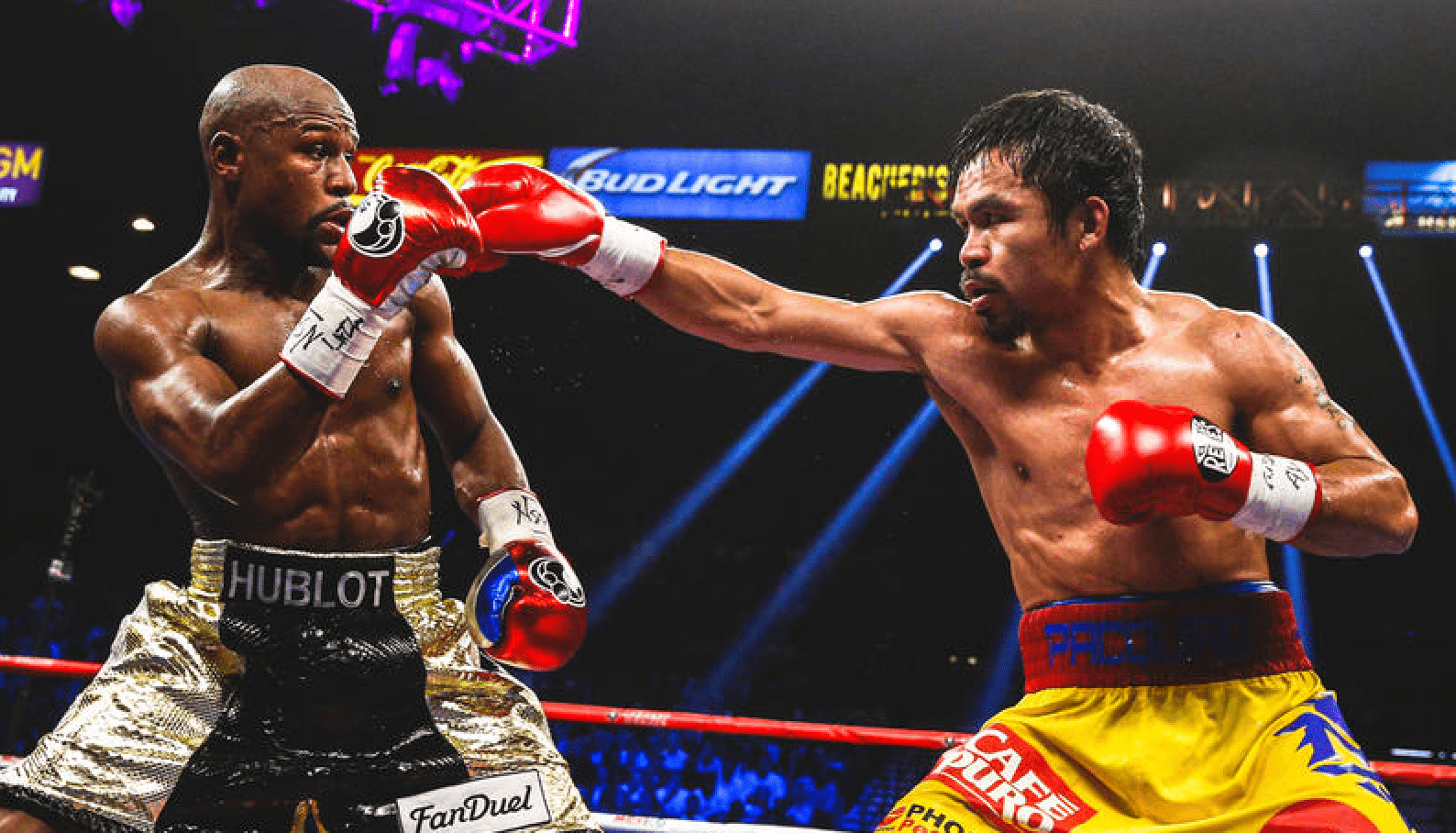 Manny Pacquiao returned to the ring last month and looked fantastic, beating Keith Thurman via a split decision. Following the fight, there were the usual calls for the Pacquiao vs Floyd Mayweather rematch.

Pacquiao has kept it no secret that he would like the rematch. Mayweather on the other hand, hasn’t shown a great deal of interest in fighting the Filipino again. And after Pacquiao’s recent win over Thurman, ‘Money’ mocked his former opponent by saying that the 40 year old now works for him.

One man who thinks the rematch should happen, is boxing legend Sugar Ray Leonard. Speaking to TMZ Sports, the five division world champion said that a fight between the two fighters, both in their forties now, needs to happen.

“Yeah. It’s two guys in their forties. When I was 40 I came back, and I don’t know who it was against. I don’t care who it was against (laughs). But you’re at a different stage in your life. Spiritually, mentally, physically. It could be a great fight. Put it this way, it should be done.

After years of hype, Pacquiao and Mayweather finally met inside the ring in 2015, when Mayweather comfortably won via unanimous decision. Since their first fight, Pacquiao has fought six times. losing once to Jeff Horn. The Senator of the Philippines has fought twice in 2019 already, winning both. Mayweather has fought twice since fighting Pacquiao, beating Andre Berto and then Conor McGregor. The 42 year old also competed in an exhibition boxing contest at Rizin 14, where he stopped kickboxing star Tenshin Nasukawa, in the first round.

Would you like to see a rematch between Manny Pacquiao and Floyd Mayweather?