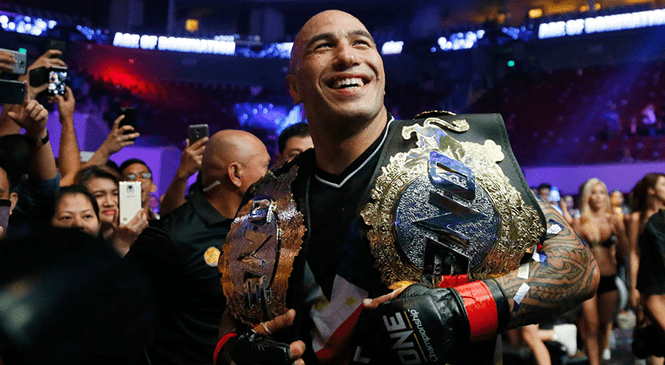 MMA is far and away the hardest sport to predict. Like water, mixed martial arts has always been flowing, moving, and shifting to fit a changing global landscape. And though the sport is surely an international one, there are certain stories and legends about where it all began.

For example, when the Japanese Judoka Mitsuyo Maeda moved to Brazil in the early 20th century, he was received and assisted by the Gracie family. As a show of gratitude, the Judoka taught a young Carlos Gracie the martial art of submission grappling. Almost 100 years later, Royce Gracie won the 1st ever UFC event using these very same techniques. For that reason, many have seen the sport as rooted in respect and grounded in traditional values such as honour, humility, and even transnational exchange.

The UFC today is a very different scene altogether. The trash talk era and the marketability of fighters like Conor McGregor and Colby Covington has done a lot to shift the sport away from what many see as its traditional values. Rather than shows of intercultural respect and transnational exchange, insults towards religion, race, and other very hot-button topics have become common stuff across MMA headlines.

But there is also a respect era on the rise. The steady emergence of ONE Championship and the very different ethos of MMA as organised in East and South Asia is the most obvious example here. But another major moment showing this gradual transition was also the post-fight speech of Khabib Nurmagomedov after he defeated Dustin Poirier at UFC 242.

Other examples abound. The backstage appearances of Tyron Woodley’s mother are interesting candidates here, as she comforted Darren Till when he lost to her son and embraced and encouraged Kamaru Usman when he took her son’s championship title. Another example was Zhang Weili’s refusal to engage in trash talk with Joanna Jedrzejczyk in the fraught lead-up to their fight, scheduled at the apex of Wuhan’s coronoavirus crisis.

These issues were put in the spotlight recently when former UFC fighter Brandon Vera, who now fights for ONE, predicted the rise of the latter organisation in the West.

How all of this will play out remains to be seen. Nonetheless, it seems fully possible that trash-talk and bottom-line business dealings are increasingly being seen as problems as opposed to solutions.

Do you think MMA will return or shift more towards traditional values? What is the future of trash talking in the sport?