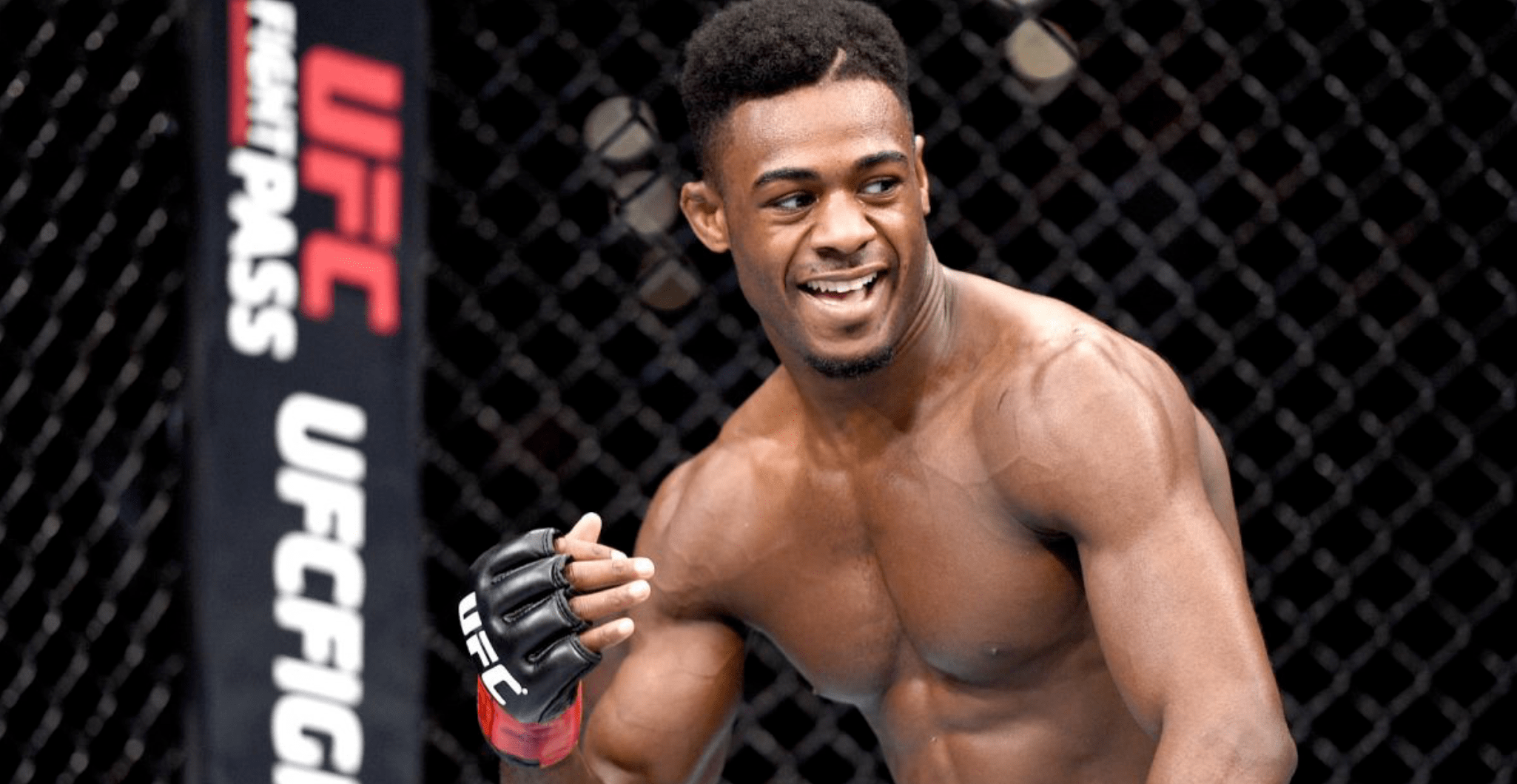 Aljamain Sterling completed a five fight win streak when he locked in a perfectly timed rear-naked choke on Cory Sandhagen at UFC 250, last weekend. The ‘Funk Master’ has become a top contender in the company’s bantamweight division and is considered by many as the best 135 pounder on the UFC roster.

Sterling And Sandhagen Had The Best Resumes

However, the vacant bantamweight title will be contested between Petr Yan and former featherweight champion Jose Aldo, on Fight Island at UFC 251 on July 11th. Speaking to MMA Fighting however, Sterling said that his win over Sandhagen proves that he has a better resume than Aldo and Yan.

“I’m always a guy that looks at every situation as glass half full. I can never complain about the situation that I’m in. I try to put everything into perspective. I’m doing what I love to do. There’s a lot of American citizens out there that do jobs that they hate, day in and day out. For me to do what I love to do, with people that I like and enjoy being around who are chasing the same dream, same passions, to have that around you day in and day out, I think it says a lot.

“Obviously, it would have been nice to have a bantamweight title on the line. I think Cory and I had the best resume and for me to go out there and take out a guy who had a better resume than Petr Yan in the way that I did, I think it says a lot about this division, how stacked it is. It says a lot about my abilities as well. I think people are really going to be taking notice and paying attention of what I’m capable of and what the team’s capable of.”

Aldo Is Coming Off Two Losses

Jose Aldo received the call despite coming off back-to-back losses against Alexander Volkanoski at featherweight and Marlon Moraes in his new division.

With huge wins over Sandhagen, Pedro Munhoz and Jimmie Rivera under his belt; Sterling compared himself to Tony Ferguson, who despite an incredible twelve fight winning streak, never got the opportunity to fight for the undisputed UFC lightweight title.

“Petr Yan may fight Jose Aldo and he may win the belt or Jose Aldo may win the belt but people are going to always look and see ‘you’ve got to beat this guy first’ and it gives me comfort knowing that people are behind me and realizing that my skills are dangerous and I’m a real threat to this division. In order to be considered the best, you have to take me out.

“I feel like I’ve kind of got that Tony Ferguson effect right now. I’m that guy hanging in the wings right now. I think people are really starting to pay attention and take notice of my skills and capabilities. You put me in there with anybody at 35 or 45, I get on your back, I take you down, it’s going to be a long night and it’s a dangerous situation to be in.”

The Man To Beat

When asked if he’s the best bantamweight on the UFC roster, Sterling said that he will consider himself the best until someone’s record proves otherwise.

“I’m going to say so. Until someone goes out there and proves it otherwise. I took out the number four guy in the world the way I did and I don’t think there’s a lot of guys doing that to Cory Sandhagen.

“[Sandhagen] said it himself. I saw him after the fight when we got back to the hotel and he called me an asshole obviously jokingly but he was like ‘much credit to you, go out there and get the belt. For you to do what you did to me, that’s not easy to do’ and gave me a lot of respect.”

After his win over Sandhagen at UFC 250, UFC president Dana White confirmed that Sterling will challenge the winner of Yan and Aldo for the 135lbs title.

Do you think that Aljamain Sterling deserved to fight for the vacant UFC bantamweight title?