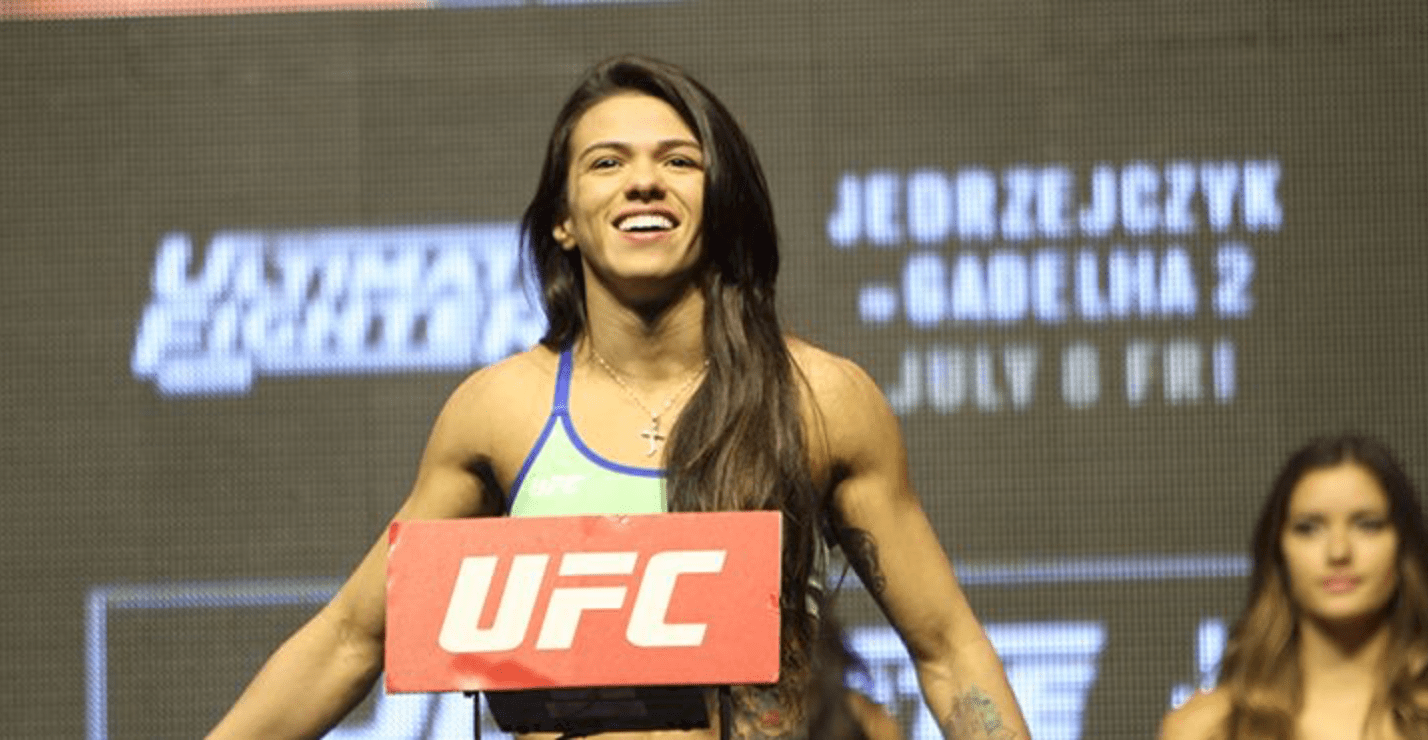 In the last 24 hours, the UFC has announced several exciting fights, coming up in the upcoming months.

First up, a couple of bouts have been added to UFC Greenville, which will be the UFC’s first time in South Carolina. Andrea Lee and Montana De La Rosa are set to face off in the women’s flyweight division. Both ladies are unbeaten in the UFC. 30 year old Lee is coming off of a win against Ashley Evans-Smith at UFC Phoenix, in February. Whilst De La Rosa submitted Nadia Kassem in her last outing, at UFC 234.

Also added to UFC Greenville, is a welterweight bout between Bryan Barberena and Randy Brown. Both 170 pounders are coming off of tough losses. Barberena was TKO’s by Vicente Luque, in one of the fights of the year so far, at UFC Phoenix. Brown was knocked last July at UFC Boise, by Niko Price. Both Barberena and Brown had won their previous fights.

Elsewhere, Scotland’s Paul Craig will take on the undefeated Alonzo Menifield, at UFC Minneapolis. The former BAMMA light heavyweight champion beat Kennedy Nzechukwu at the recent UFC Philadelphia. Meinfield has an unbeaten record of 8-0. In his last fight, he made a winning UFC debut, beating Vinicius Moreira, via a TKO in the first round.

A light heavyweight clash between Justin Ledet and Dalcha Lungiambula will also go down at UFC Minneapolis. After winning his first three fights in the UFC, Ladet has lost his last two, going down to Aleksandar Raki? and Johnny Walker. Lungiambula is the reigning heavyweight and light heavyweight champion at Africa’s Extreme Fighting Championship (EFC) and will be making his UFC debut.

Two heavyweights will also collide at UFC Minneapolis, as Maurice Greene will face Junior Albini. Having coming off season 28 of TUF, Greene has won both his fights in the UFC. In contrast though, Brazil’s Albini has lost his last three fights, having won his UFC debut.

ESPN’s Brett Okamoto has also reported that the UFC is working on a fun strawweight match up between Claudia Gadelha and Randa Markos, for UFC 239.

And if you missed our story earlier, the UFC is close to confirming Daniel Cormier vs Stipe Miocic 2, after Brock Lesnar decision to retire from the sport. You can read more about that here.

Although we have lots of new fights to look forward to, one fight that won’t be going ahead now is Felice Herrig vs Yan Xiaonan at UFC 238. Herrig has posted a video to her Instagram page, saying that she has torn her ACL.

UFC Greenville goes down on June 22nd. UFC Minneapolis goes down the following week, on June 29th. And UFC 239 will take place in Las Vegas on July 6th.