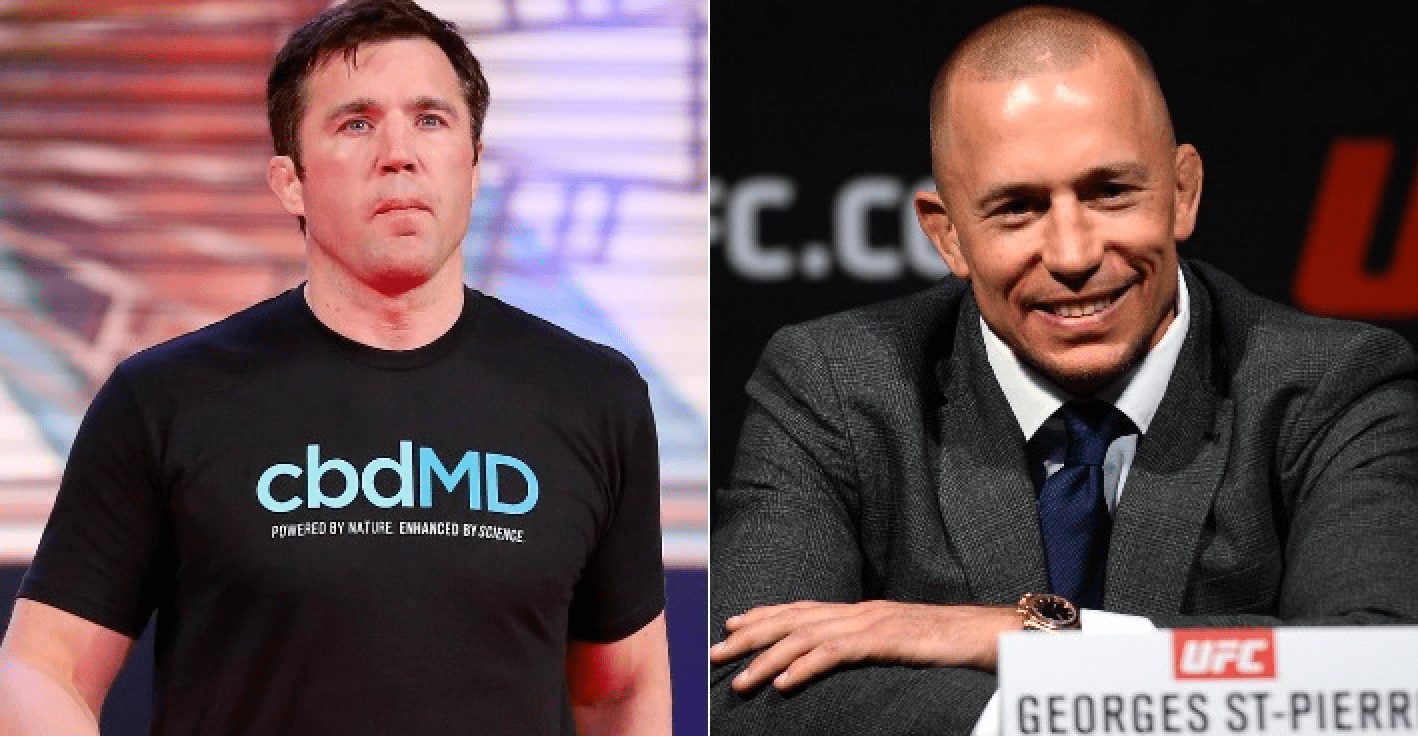 It will be one year ago next month, since Georges St-Pierre retired from MMA, citing the main reason that the UFC had no interest in giving him the only fight he was interested in, Khabib Nurmagomedov. Since retiring and leaving the USADA testing pool, GSP has however stated on more than one occasion that he would come out of retirement to fight Khabib.

The chances of GSP returning to the Octagon have however increased, after UFC president Dana White, who had always previously opposed the idea, stated that he was open to a St-Pierre vs Khabib fight, at the UFC 242 post fight press conference.

Whilst many remain skeptical that we will see GSP return, Chael Sonnen doesn’t believe for a second that the 38 year old will remain retired, saying he is ‘very confident’ that the Canadian will fight again in 2020.

“I don’t believe that for a second,” Sonnen stated on a recent episode of his podcast (as transcribed by BJPenn.com). “In fact it’s the opposite. As we come to the new year I am very confident we’re going to see Georges St-Pierre in 2020. The only question is, where are we going to see him?

“We know he’s in the gym. We’ve seen the pictures. His coach has come out and talked about it. We know all of these things.”

And although Sonnen says he talks to GSP regularly, he insists that he never asks the former UFC welterweight and middleweight champion about whether or not he’s going to come back. Saying that it would spoil the mystery.

“There is something about how he all of the sudden went a little bit quiet at the same time that Conor [McGregor] came back, at the same time that [Jorge] Masvidal’s now the biggest star in the sport, at the exact same time that [Kamaru] Usman is looking for an opponent, and the true No. 1 contender, who is Colby Covington, happens to have a broken jaw right now, and you’ve got a 155-pound title that’s going to be contested in April between Tony and Khabib,” Sonnen concluded. “There just seems like a lot of spots where the great St-Pierre could fill in, and he happened to shut his mouth right as all those pieces are coming together.”