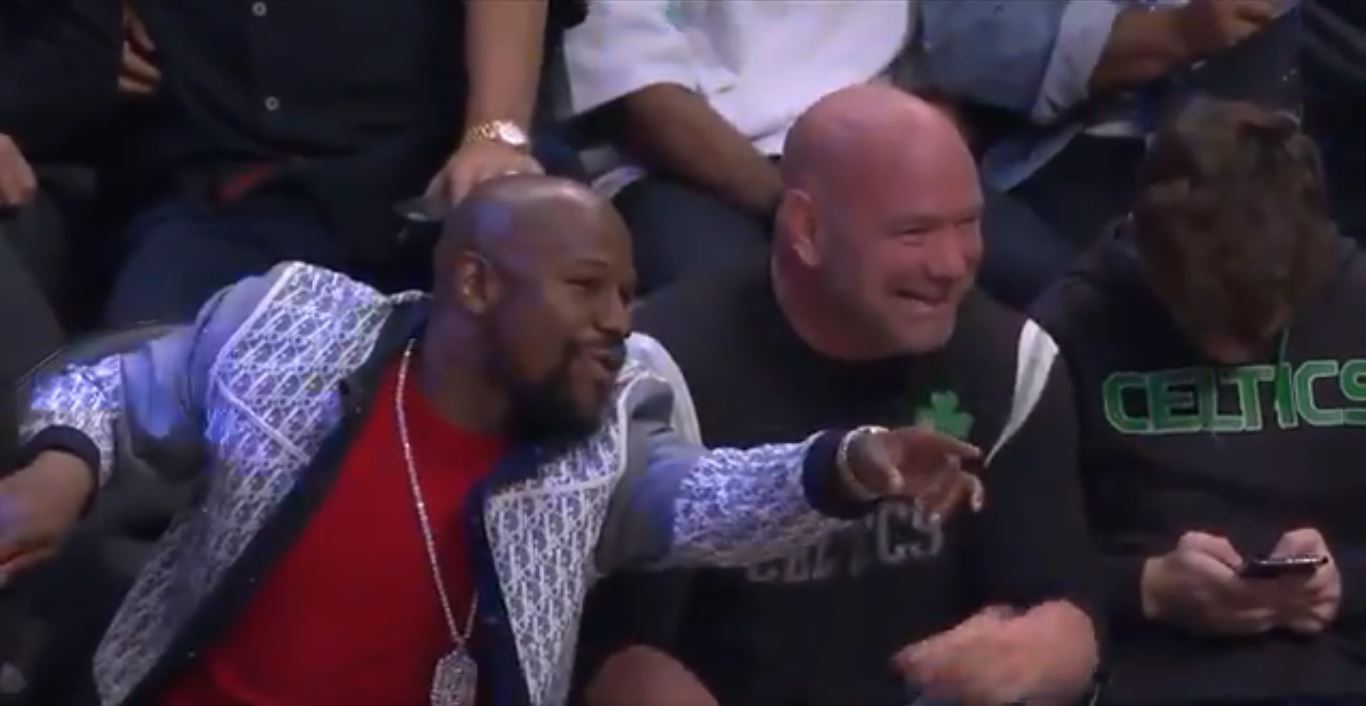 Two years on from Floyd Mayweather vs Conor McGregor, and 2019 has seen more talk of crossover fights than ever before. And with the launch of the UFC and Dana White’s Zuffa Boxing expected imminently, 2020 could be the year of the crossover fights.

The last few months of the decade have seen Jorge Masvidal call out Canelo Alvarez and Mayweather, as well as Tyson Fury and Claressa Shields both tease of moving to MMA in the new year.

Add to that, Dana and Mayweather agreeing to work together in 2020, it’s going to be interesting to see if we do actually see the UFC stage any crossover fights in the new year.

Despite saying earlier this year that he expected to launch Zuffa Boxing in October, Dana recently said that despite having to overcome certain hurdles, it’s still coming.

“I will eventually do my boxing, my boxing press conference. It’s coming,” Dana told ESPN recently.

“In any business there are always things that you don’t see coming. Things that you don’t expect that you have to deal with, and I’ve been dealing with that for the last couple of months. I didn’t think it was going to be easy to get into boxing, I knew it was going to be tough. That’s why I told everybody I’m kind of sticking my big toe in, I’m not diving in head first. I’ve got my guy ready, he’s chomping at the bit to go. I’m just waiting for the right moment.”

While Dana has been open with his plans to dip his ‘big toe’ into the world of boxing, the UFC boss has been keeping his cards closer to chest, when it comes to his plans with Mayweather.

“We both started talking. The easiest way to explain it to you is Floyd and I both feel that we add value to each other, and we’re going to figure something out. Some things have to play out, and then I’m going to start talking to [Mayweather’s promoter Al] Hayman maybe this summer and then I’ll have something for Floyd in the fall.”

Although when asked, Dana did confirm that his agreement with Mayweather does involve the undefeated boxer competing again.

“Compete. The money is in Floyd competing.”

Whether that will be in the UFC/Zuffa Boxing, Dana said we will have to wait and see.

“We’ll see. We can do some crossover stuff here or we can do something in boxing. Our last experience, Floyd was actually pretty easy to deal with. Haymon is incredible to deal with. Floyd and I got a handshake deal at the basketball game, and we’ll get the rest figured out.”

Dana went on to state that he isn’t keen on crossover fights but is willing to entertain them if the demand is there.

“When the demand is there. I felt the demand for McGregor verses Mayweather, felt it, I knew it would be big, so we started talking. I bumped into 50 Cent in New York, and he said, ‘Floyd wants to fight your boy.’ I said, ‘My boy who?’ He’s like, ‘The Irish kid.’ And I’m like, ‘He’ll kill him,’ because I’m thinking MMA. He said, ‘We’ll box him.’ I said, ‘You guys are crazy.’ He said, ‘He’s serious. I’ll call him right now.’ And then that’s how it all really got started. And then everywhere I went, it was all anybody asked me about. Then once I started to really feel it, that’s when I started to take it serious, and I made an offer.”

Do you like the idea of the UFC staging crossover fights in 2020? And if so, which ones would you like to see?