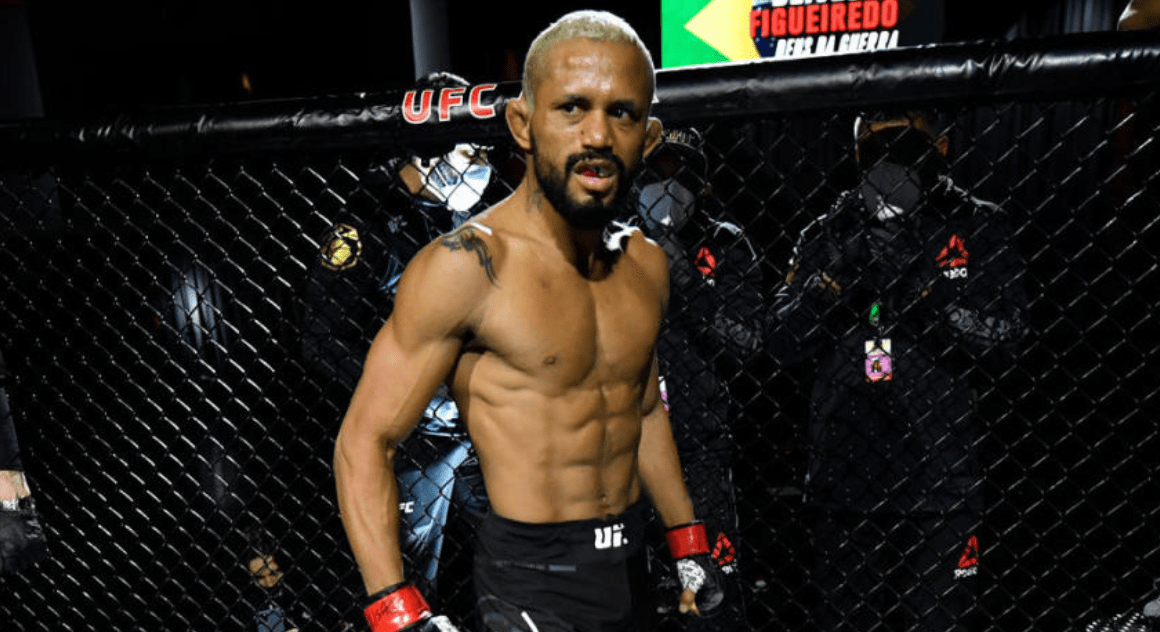 Apart from the five round war against Brandon Moreno at UFC 256, which ended in a majority draw, Figueiredo enjoyed a dominant 2020 season. He stopped Joseph Benavidez twice, at UFC Norfolk and UFC Fight Island 2, winning the flyweight championship in the process. He then made his first successful title defence against Alex Perez at UFC 255.

Figueiredo aims to build upon his 2020 success, and has big plans for 2021, such as earning the pay-per-view points, he told MMA Fighting.

“I won my show money, the [Fight of the Night] bonus, but I haven’t gotten an extra — but I would like it,” Figueiredo said. “I want the UFC to at least have me make some pay-per-view [points].”

Pay-per-view points, a percentage of money from the sales, is usually awarded to champions or high profile fighters. Given that his rise in 2020, and the Moreno fight, brought lots of attention to the often ignored 125lbs division, Figueiredo believes he deserves to make more money.

“I gave my all, I love fighting in the UFC,” Figueiredo said. “I went in the Octagon to break myself into pieces and give them the fight of the night because that’s what fans want to see, fighters that don’t slow down, that go in for a bloody game. I’m that type of fighter, you know, so I want the UFC to look at me with different eyes, that they give me pay-per-view [points].

“It’s missing some pay-per-view in my purse. If they already add it to this [UFC 256] fight, that would be great, brother, but I would like to start making pay-per-view [money] for my next ones. I deserve this. I love working for the UFC and I want to be more valued, you know?”

At UFC 244, Jorge Masvidal beat Nate Diaz to win the symbolic Baddest Mother F***er title. Figueiredo’s second major plan for 2021 is to win his own BMF belt. And he has the perfect opponent in mind, in Henry Cejudo.

“[I want] a superfight for the ‘BMF’ belt,” Figueiredo shared. “If the UFC wants this, I’m in. It would be another great fight to add to my game.

“They could do a belt between the 125 and 135 [pound] divisions, set up a weight and see who’s the baddest motherf***er. I want to fight Cejudo, man. He talks a lot, he’s always talking about everyone, so I want to stop this guy. I want to shut his mouth.”

Who wins a catchweight fight between Deiveson Figueiredo and Henry Cejudo?