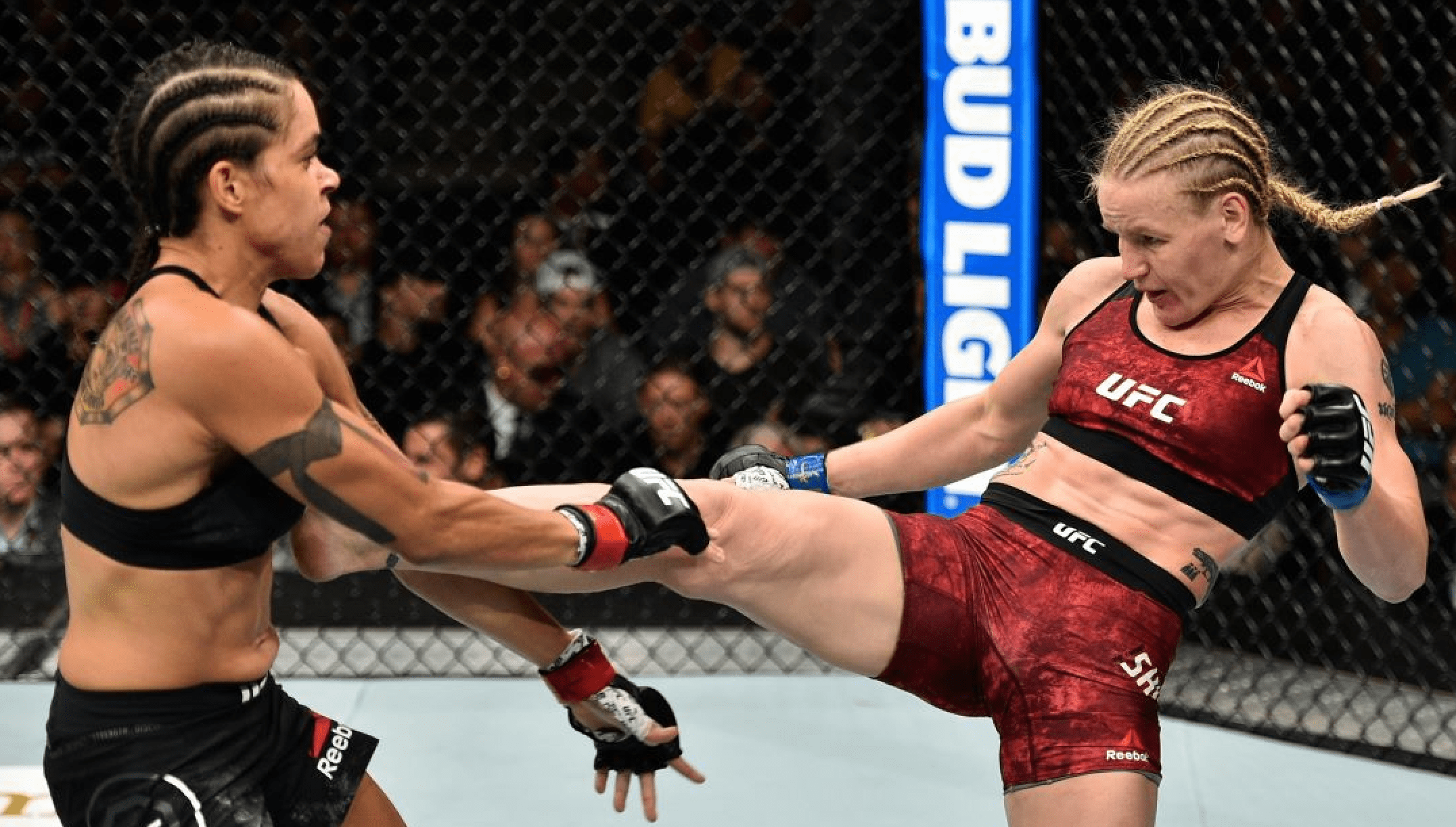 Despite losing twice to Amanda Nunes, at UFC 196 and UFC 215, Valentina Shevchenko is generally regarded as the Brazilian’s toughest opponent to date. Since their second meeting, ‘The Lioness’ has dominated the bantamweight division and added the featherweight title to her collection.

With Nunes seemingly running out of opponents, many fans have called for a trilogy fight between the two. This was brought into doubt however, when the two division UFC champion hinted at retirement after defending her featherweight title against Felicia Spencer at UFC 250.

Speaking to Brazilian television show Esporte Espetacular (as transcribed by Essentially Sports), Nunes said that she has already achieved everything she could have wanted.

“Ah, I don’t know, I’ve achieved everything I wanted,” Nunes stated. “I’m well, I can go on with my life, maybe a [take] new step, maybe find new talents, help some girls there…maybe be a coach, too?

Nunes’ fiancé Nina Ansaroff is currently pregnant with their first child. And while the 32 year old has hinted at retirement, she is expected to return to the Octagon in 2021.

Should Nunes never fight again however, Shevchenko isn’t too concerned one way or the other. Speaking to Nick Baldwin of theScore (as transcribed by Bloody Elbow), the flyweight champion stated that her primary goal is to defend her own belt as many times as possible.

“It’s totally her personal preference of what she’s going to do, what she wants to do. I don’t care what she does. For me, my goal is to defend my belt at 125 [pounds] as much as I can. If our paths cross in the future sometime, definitely it’s going to be a firefight. … But she is the last person that I think about in the world.”

Shevchenko was scheduled to defend her title against Joanne Calderwood but was forced out due to surgery on her knee. In the last 24 hours, it has been reported that rather than wait for the champion, ‘JoJo’ has accepted a fight with the number six ranked flyweight Jennifer Maia, on the UFC’s August 1st card.

With Calderwood taking the Maia fight on less than two week’s notice, Shevchenko can ensure that she focuses on her recovery.

“We are not 100% ready for training camp,” Shevchenko stated. “I don’t want to rush, because it was surgery and it’s very important for it to heal all the way.

Would you like to see the trilogy fight between Amanda Nunes and Valentina Shevchenko somewhere down the road?