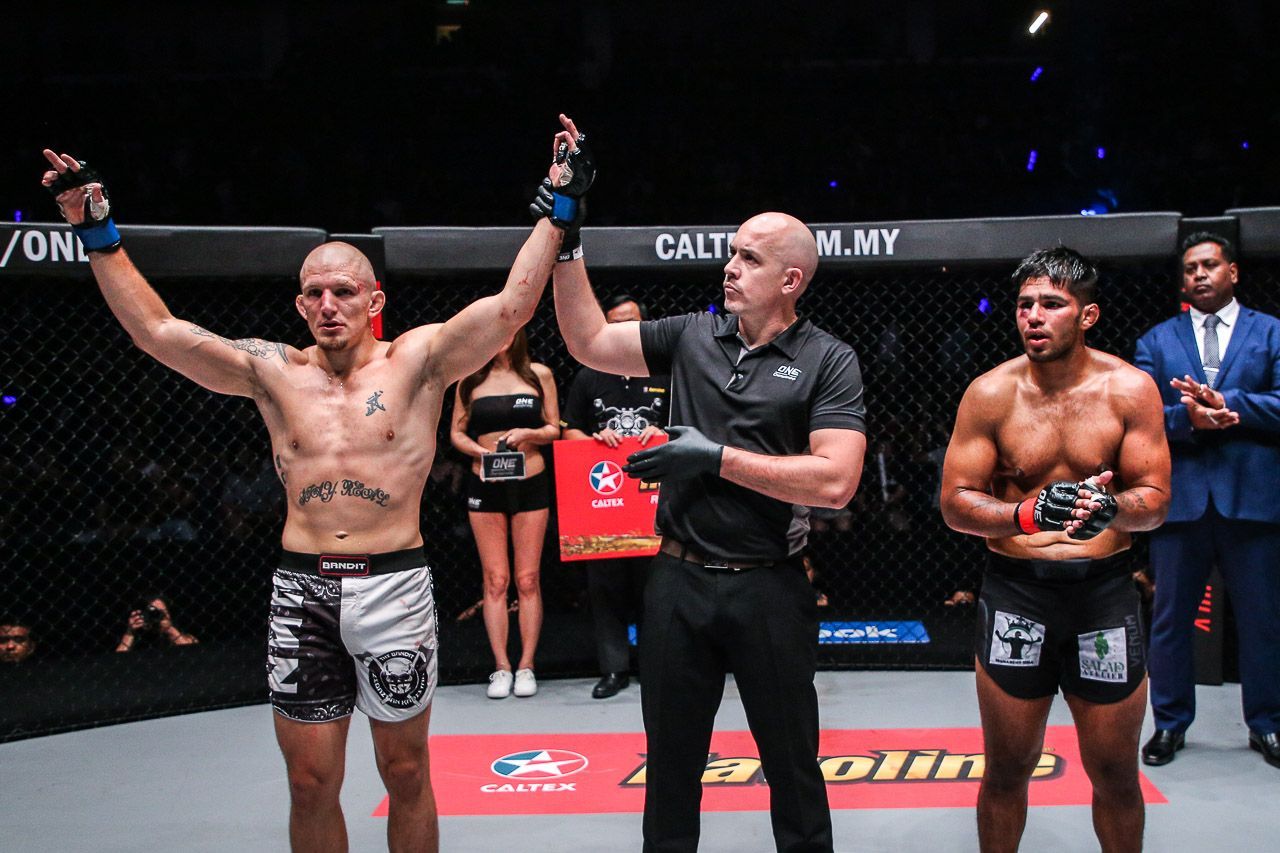 Zebaztian Kadestam is looking to bounce back from losing his ONE welterweight title to Kiamrian Abbasov at the end of last year, at ONE: Dawn of Valor.

Kadestam defeated Tyler McGuire at ONE: Warrior’s Dream to win the vacant title in November of 2018. He then successfully retained his title against Georgiy Kichigin at ONE: Reign of Valor, before losing to Abbasov in his second title defence.

Speaking to ONE Championship, Kadestam looked back on the ‘worst’ night of his life.

“I don’t know what happened to my body, but we had been fighting for two minutes, and I started feeling tired throughout my whole body. That didn’t feel good, and that feeling stuck throughout the fight. [I am not making] any excuses. He had the best night of his life, I had the worst [night of mine]. He performed, I didn’t. I wish it would have been the other way around, but it is what it is. But I will get it back.”

‘The Bandit’ currently doesn’t have a fight booked but has recently been called out by Agilan Thani, who he beat two years ago at ONE: Pursuit Of Power. Despite already scoring a TKO win over the ‘The Alligator’, Kadestam says he is open to a rematch, and has a lot of respect for the Malaysian.

“I have never turned down any fight, no matter how short notice it was or whatever. I don’t turn anything down, and I’m not going to let anyone call me out without a response, so I’m down for a fight with Thani. Actually, I would say the fight we had was the most fun fight I have had in ONE so far – not only because it was a great stoppage, but because he was coming forward, I was coming forward, we had some back-and-forth, and he was not just trying to take me down. He tried to follow his game plan, but it didn’t work, so he tried to stand and bang it out. I respect that.”

“All these other guys shoot on me for dear life, and well, everyone knows I love to keep it standing. But I respect when someone is like, ‘Ok, [my game plan] isn’t working, so let’s bang it out.’ I respect it, so for sure, I would give him another shot. I don’t have anything more to prove, but I am down for a fistfight any day of the week. I see a couple of guys I really like for future bouts, but I would say one more fight, and then I’m coming for Abbasov.”

The 29 year old Swede is also looking beyond mixed martial arts. With his Muay Thai background, Kadestam also has his sights set on winning gold in the ONE Super Series.

“I’m feeling the itch again, but this is something I would have to do with the team behind me because if I am going in there, I’m going for gold. I’m not going for a payday or just a fight – I’m always going for the gold. We will see if I have to pull back on mixed martial arts or if I can do both at the same time, but I am interested in it. I really think it would suit me, especially Muay Thai because you have the small gloves and the cage.”

“Maybe I don’t have as much Muay Thai experience as all of the other Muay Thai guys, but I do have a lot of mixed martial arts fights. I feel my chances are good, and ONE Super Series is the top [league] in the world right now for strikers. That’s why I want in. I don’t want to leave any questions behind down the road when I’m done [competing].”

Who do you think wins if Zebaztian Kadestam faces Agilan Thani for a second time?