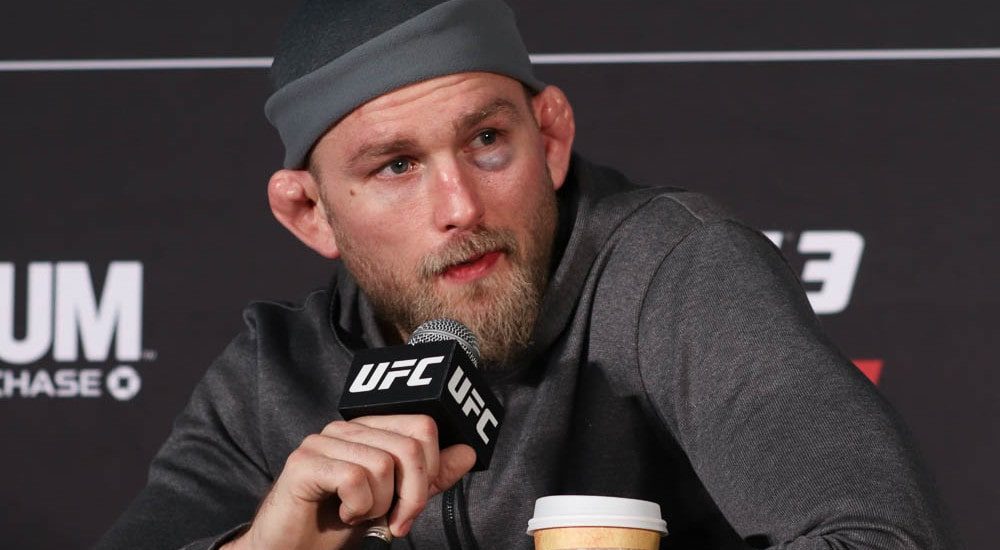 Alexander Gustafsson has undoubtedly been one of the most exciting contenders in the UFC’s light heavyweight division in recent years. The Sweden native has competed against many elites of the weight class, with fights against Jon Jones, Daniel Cormier, and Anthony Johnson under his resume.

Now, after talks about retirement following his loss against Anthony Smith at UFC Stockholm a year ago, ‘The Mauler’ has reportedly agreed to a comeback fight against former heavyweight champion Fabricio Werdum. The bout — set to take place on Fight Island on July 25th — will be his first outing as a heavyweight inside the Octagon. Speaking to MaulerBet, Gustafsson discussed the motives behind his decision to return to action over a year after his last UFC appearance.

“I’ve missed it, I miss competing and I don’t feel like I’m just quite done with it yet,” Gustafsson said. “Despite of what I felt before. So, I never lost the itch. And now in a new division and against new opponents, I have very exciting times ahead of me. I made the decision [to come back] in the past few weeks. I’ve stayed active, despite the strange times we’re in.”

Gustafsson also explained the move to heavyweight, stating that the weight cut to 205lbs had begun taking a toll on his physical health.

“I’ve always seen myself as a big light heavyweight fighter, I have a big frame and walk around quite heavy. So, I’ve always had to cut around 33lbs to make weight. And, since the fight got finalised just now, with six to seven weeks to go I wouldn’t have been able to make light heavyweight anyway. But regardless I would’ve made to move to heavyweight to try it out, it’s a new challenge to put it simply. For me to be able to down a chicken pasta in fight week hasn’t happened in 15 years… In the past when I’d made my 33lbs weight cut there would always be some small injury, my back, my knee or something else. It takes a toll on you to make that cut during all these years.”

Werdum has showcased outstanding skills accumulating six career wins by way of KO/TKO and an overwhelming eleven wins by submission. ‘Vai Cavalo’ also has a vast Octagon experience, with 17 UFC fights across two spells in the organisation. Gustafsson, never shy of a challenge, stated that the Brazilian’s experience, striking power, and world-class ground game serve as motivation for his camp.

“He’s experienced and a bit of a legend in the sport when you look at his career. He’s gained some weight in recent years but he’s not to be underestimated, he’s got a lot of tricks up his sleeves and is a legit black belt. And he, like everyone else in the heavyweight division, hits hard. So it will be an awesome challenge for me and it’s very motivating for me to fight him.

Despite the split decision loss against Aleksei Oleinik last month at UFC 249 after a two-year-long hiatus, Werdum’s skills remain a threat for anyone in the division. With Gustafsson more motivated than ever before, this heavyweight clash promises an action-packed fight to determine which of the two veterans returns to the winners’ column on Fight Island.

How do you think Alexander Gustafsson will perform at this new weight class?