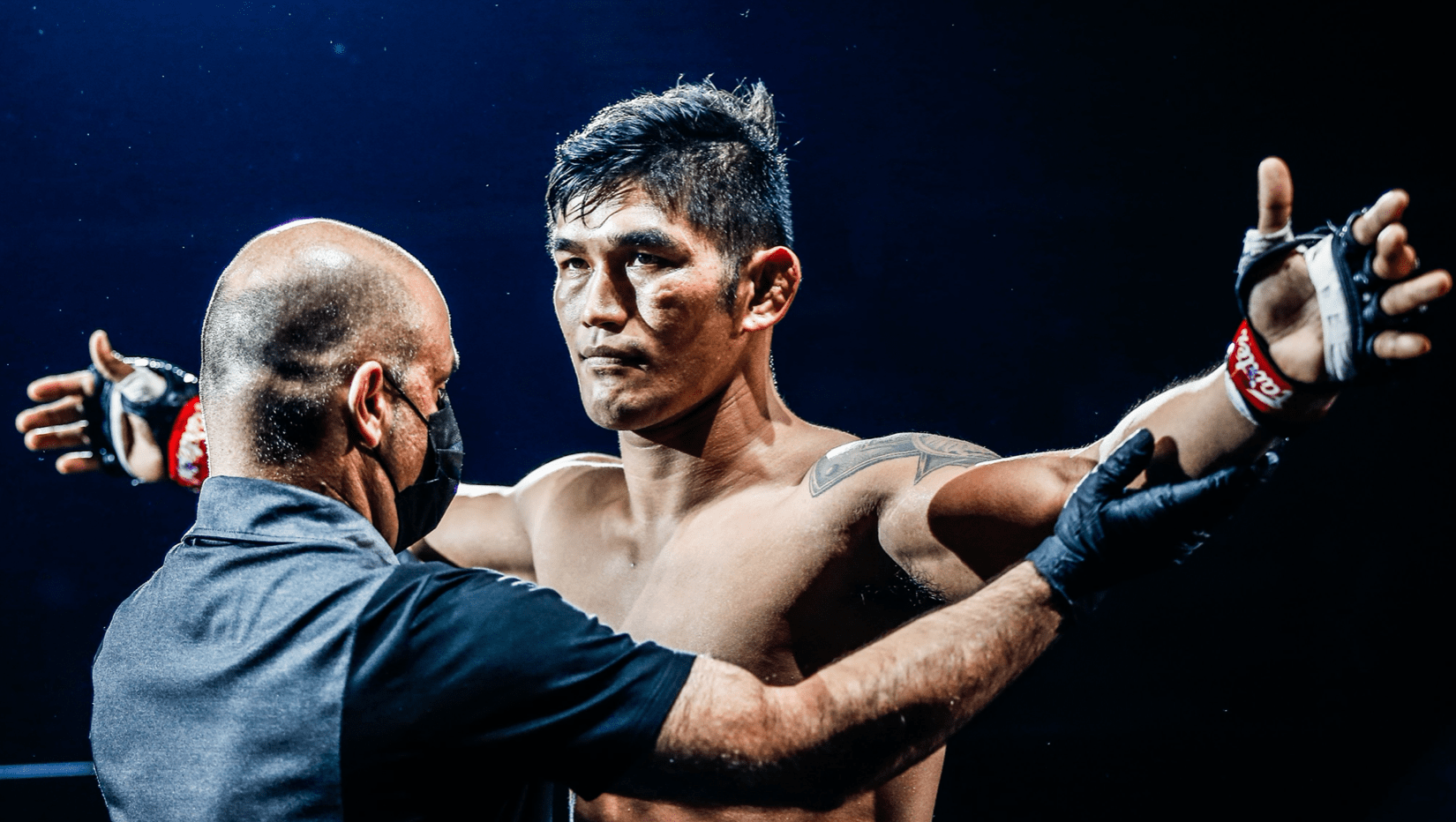 There is no doubt that ONE: Inside The Matrix was a night full of surprises. Out of four title fights, two saw the defending champions lose their belts. One of which was Aung La Nsang, who lost the ONE middleweight title to Reinier de Ridder by first-round submission.

Ahead of the fight, Aung La was a heavy favourite and expected to retain his title. However, it was not to be as the challenger de Ridder kept his promise of submitting the 35 year old and becoming the new ONE middleweight champion. In his ONE Championship post-fight interview, the 35-year-old said he is willing to wait for another title shot.

“It’s up to the boss,” said Aung La, “If they want me to prove myself, I can do that. I don’t mind putting on more fights for the fans. An immediate rematch is fine too. But hats off to Reinier for that performance.”

Aung La believes he prepared in every aspect for his fight against de Ridder, and felt that his training camp ahead of the fight was the best one he’s had to date.

“I worked on everything,” Aung La said. “As far as preparation, this was the best preparation I’ve had. Maybe I neglected some positions but we’ll work on those games again. But I never underestimated Reinier.”

Now that he’s no longer the champion, it would perhaps make sense for Aung La to defend his ONE light heavyweight title next. However, he has made it clear that he plans to continue competing at middleweight for now.

“I’ll probably stay at middleweight for now because I want to stay active,” Aung La said. “Hopefully, I can [make a] turnaround before the end of the year.”

Having lost the middleweight title, there is the possibility of an immediate rematch. But Aung La would prefer to work his way back up the division. One fight to make could be a third fight with Vitaly Bigdash, whom he defeated back in 2017 to win the title.

“We could do a trilogy match against Bigdash,” said Aung La. “We could do another bout. I don’t need an immediate rematch. I want to stay active. I want to come back and put on another show before the end of the year.”

“He Got In His Choke”

After his loss, Aung La sang the praises of the grappling skills of the new champion, who is now undefeated at 13-0. After taking ‘The Burmese Python’s’ back early in the first round, de Ridder remained glued to his back until he sank in rear naked choke to secure the title victory.

“His hooks are tight,” Aung La said. “I just couldn’t get that turn. [I] had him against the cage. I kept walking myself up higher but he had a super-tight hook. He’s just crafty in that position. I didn’t keep him down long enough. But it is what it is. As far as on the back, he was quite stuck there in the backpack position. When I got up, he got in his choke.”

Despite his title loss, Aung La promised his fans to come back stronger.

Who would you like to see Aung La Nsang face next inside the ONE Circle?