Drex And Denice Zamboanga Discuss Their Wins And What’s Next 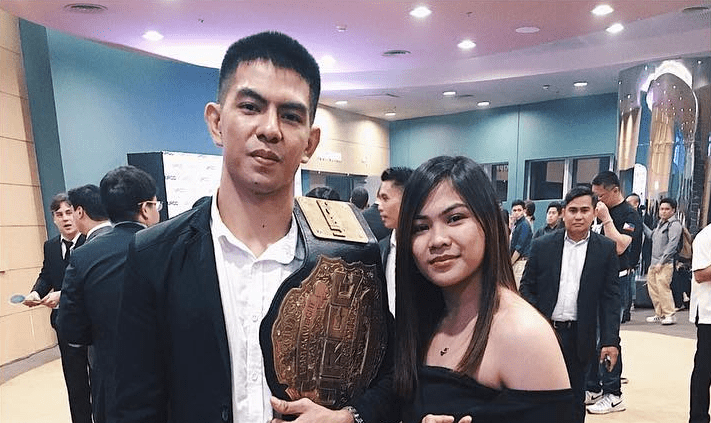 The Zamboanga siblings went 2-0 at ONE: A New Breed this past Friday. The two were able to snag submission victories against their respective opponents. Denice beat Watsapinya Kaewkhong with an Americana while Drex put Detchadin Sornsirisupathin to sleep with rear naked choke. It was a night to remember for the brother and sister, who were fighting on the same card for the first time.

Happy To Get The Win

Prior to ONE: A New Breed, Denice told us how much both of them winning would mean to her family, friends and fans back in the Philippines. Speaking exclusively to Asian Persuasion MMA, Drex said he was happy that both he and his sister got the wins this past weekend.

“I’m very happy because we won,” Drex said. “We both won that fight. And now we are celebrating.”

Despite getting an impressive submission victory, Drex revealed that he actually had something else in mind going into his fight.

Of course, fighting before his sister, there were some nerves going into the fight.

“There was a little bit of pressure because a lot of people were expecting us to win, especially in the Philippines,” Drex admitted.

First Finish In ONE Championship

Denice also revealed that she wasn’t expecting to win her fight by way of submission. Usually known for her brute strength and striking, ‘The Menace’ was of course still happy with the end result.

“I didn’t expect that I’m gonna win with that submission because I never trained that in my fight camp,” Denice said. “That’s why I’m so surprised in myself that it’s too fast. I thought I’m gonna finish her in striking but I finished her in submission. It’s so unusual to me. It’s my first time to finish a fight in ONE Championship.”

Prior to the coronavirus pandemic, Denice was scheduled to challenge Angela Lee for the ONE atomweight title. Once circumstances return to normal, ‘The Menace’ will be ready for her title shot but with the current situation, she is willing to take other fights.

“Of course I’m still expecting to fight Angela soon,” Denice explained. “But if everything’s still not gotten back to normal and ONE Championship will give us the opportunity to fight again, for us to stay active in fighting, I think we’re gonna accept that fight.”

Assuming travel restrictions are still in place, Denice would have to fight opponents who are based in Thailand, but also stated that she is open to the possibility of competing in the all-striking ONE Super Series.

“I was dreaming to fight in kickboxing or Muay Thai for me to challenge my striking. That would be great. So I can keep my title shot for Angela Lee.”

With the uncertainty posed by the coronavirus and the travel restrictions, it’s unclear as to who ‘T-Rex’ could face next.

“For now, ONE Championship are not announcing yet for my next opponent,” Drex said. “But still, I’ll be prepared for who’s that guy.”

Who would you like to see Drex and Denice Zamboanga face next?