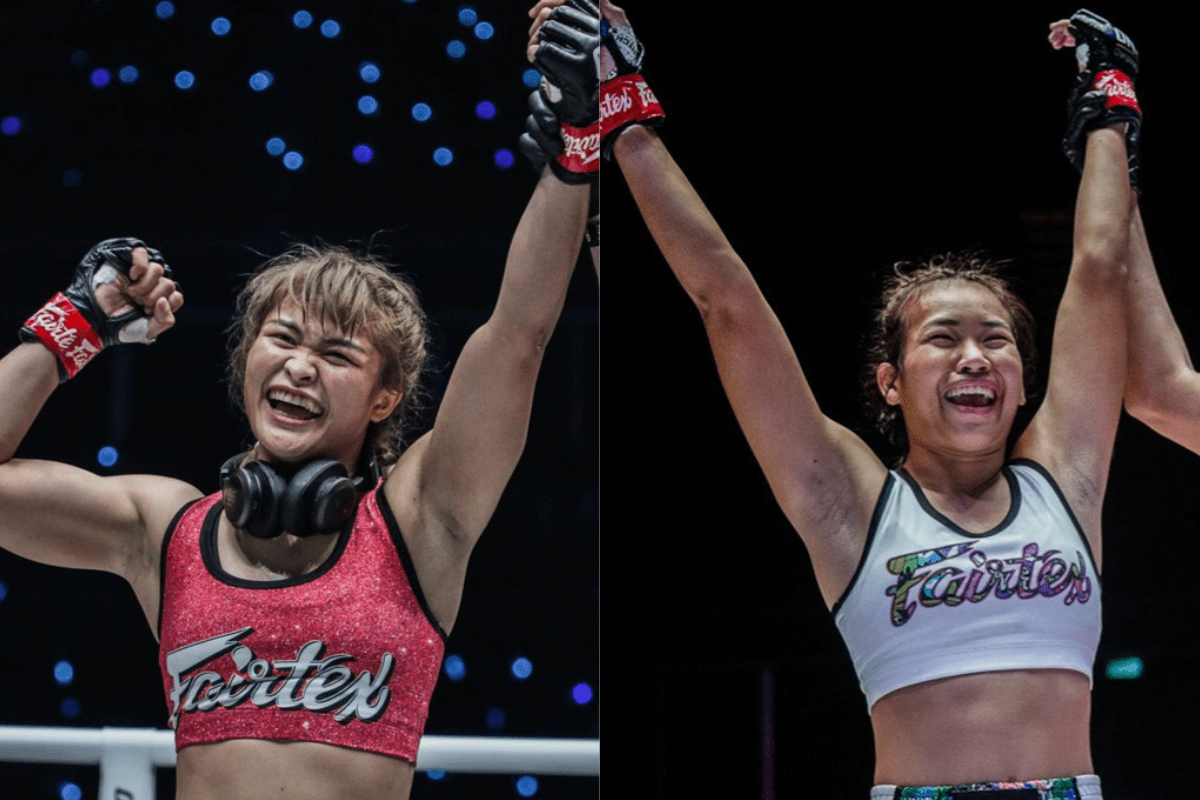 The action of ONE Championship continues in Bangkok this Friday with ONE: A New Breed. The main event will see Stamp Fairtex make her second ONE atomweight Muay Thai title defence, against Allycia Araujo of Brazil. This marks the Fairtex representative’s first Muay Thai fight since ONE: Legendary Quest, where she defended her belt against Alma Juniku.

Stamp Fairtex: I Will Win

Speaking exclusively to Asian Persuasion MMA on her opponent, Stamp said she doesn’t know a lot about Araujo but regardless, she is confident in her skills and believes she will walk out with the belt.

“It is good to fight quickly again,” Stamp said. “My body is ready and in shape. I’m ready for my next fight because I’ve trained a lot. I don’t know my opponent. She is from Brazil and trains at Phuket Fight Club. I only know that I’m going to fight her. I’ve never met her before. This is the first time I’ve heard of her. I think my game plan will work and I will win.”

Wondergirl Promises To Do Even Better At ONE: A New Breed

To say Wondergirl had an amazing ONE debut at ONE: No Surrender 3 would be an understatement. She made quick work of Brooke Farrell, knocking out the Australian in less than two minutes of the first round. The 21 year old is set to make a quick turnaround at ONE: A New Breed, where she will face KC Carlos.

Wondergirl also has high praise for her Fairtex teammate Stamp, who she says is her role model.

“It’s an honour to train with a world champion like Stamp. She’s doing MMA to and she’s the Muay Thai atomweight champion. She’s great. She works hard, she’s my role model.”

Araujo will be making her ONE debut when she challenges Stamp for the ONE atomweight Muay Thai title. The Brazilian is excited to be appearing on the big stage that is the Home of Martial Arts. Taking the title will be no easy feat, as her opponent is a former two-sport ONE world champion. But she feels she is up for the task.

“I was really surprised,” Araujo said speaking to Asian Persuasion MMA. “I didn’t expect my first fight to be against her [Stamp]. But I’m going to give everything I have. She’s a good and strong fighter. But I won’t let her intimidate me. I’m going to go in there and try my best.”

Denice Zamboanga Is Confident Her And Her Brother Drex Will Win

Also returning to action is Denice Zamboanga. Her last fight saw her dominate veteran Mei Yamaguchi at ONE: King Of The Jungle, which put her next in line for a title shot against Angele Lee for the ONE atomweight title. At ONE: A New Breed, ‘The Menace’ will face Watsapinya Kaewkhong.

Speaking with us, Denice expressed her excitement about fighting on the same card as her brother Drex, and how she will not underestimate her opponent.

“I think she’s strong [and] so dedicated. It’s her debut here in ONE Championship,” Denice said. “I know that she will do anything to get the win. That’s why she has the mindset, ‘I need to win over Denice.’”

Sharing a card with her brother for the first time, who will also be making his promotional debut, Denice believes it will be a huge night for the Philippines, should they both leave the ONE Circle victorious.

“This is our first time to fight on the same card in this big event. That’s why if we get this win, everyone in Philippines will be proud of us, especially our family.”

ONE: A New Breed weigh-in and hydration test results: