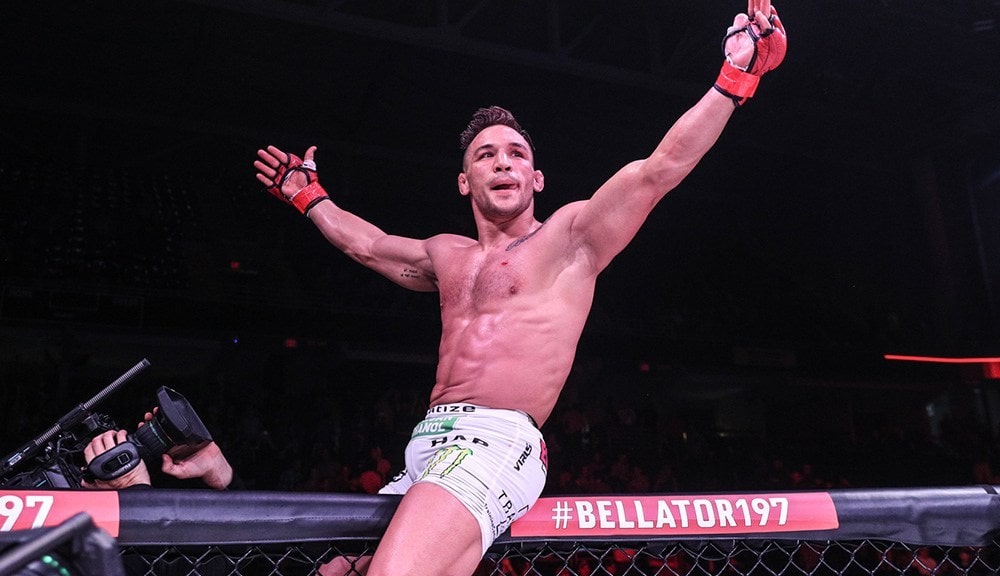 In the last couple of days, Bellator star Michael Chandler has put out a couple of intriguing tweets, which could imply that he may be leaning towards signing with the UFC.

Chandler is testing free agency, after fighting out his Bellator contract with a first round knockout over Benson Henderson at Bellator 243. The former Bellator lightweight champion is thought to be on the UFC and ONE Championship’s radar now.

Should he sign with the UFC, Chandler would love to test his skills out against Dustin Poirier, Conor McGregor and Justin Gaethje.

Speaking on What The Heck podcast (transcript by MMA Mania), Chandler explained his current position with Bellator, and revealed his future plans for negotiation with other promotions, including the UFC.

“But Scott Coker had the opportunity to sign me five months ago, six months ago, four months ago before this fight happened, and it didn’t happen. So there’s not a huge time that we need to sit here and negotiate, Scott,” Chandler said. “You had the opportunity, you let me go into free agency. You said I’m not 21 years old anymore but I just finished the best lightweight you have on the roster besides me.

“I don’t really understand why it needs to be any longer than right now. Let me see what I’m worth. What will ONE FC offer me? What will PFL, the UFC offer me? Maybe Dana [White] thinks I suck. Maybe Chatri [Sityodtong]’s like, ‘Maybe that trilogy with Eddie [Alvarez] sounds cool, but we don’t want to pay you that much.’ Maybe that’s the case. I doubt it, but let me go see what I’m worth.”

Speaking to MMA Junkie, Chandler said if he could choose one opponent, it would be Gaethje.

“That’s my favourite fight. That one right there, because we’re gonna run sprints. I will have never sprinted towards anybody so fast in my entire life than I would Justin Gaethje. We’d meet right in the middle, we’d fight fire with fire. As he said, I love what he said because I was actually a fan of what he said, he said, ‘I want to go out there when I fight Khabib [Nurmagomedov] and create car crashes, I want to step in that cage and every single exchange is another car crash and we’re gonna find out who the better crash dummy is, who the tougher man, who’s the guy that’s willing to dig deeper.’

Who would you like to see Michael Chandler fight if he joins the UFC?