ONE: Amir Khan Is Happy To Give Ev Ting Immediate Rematch 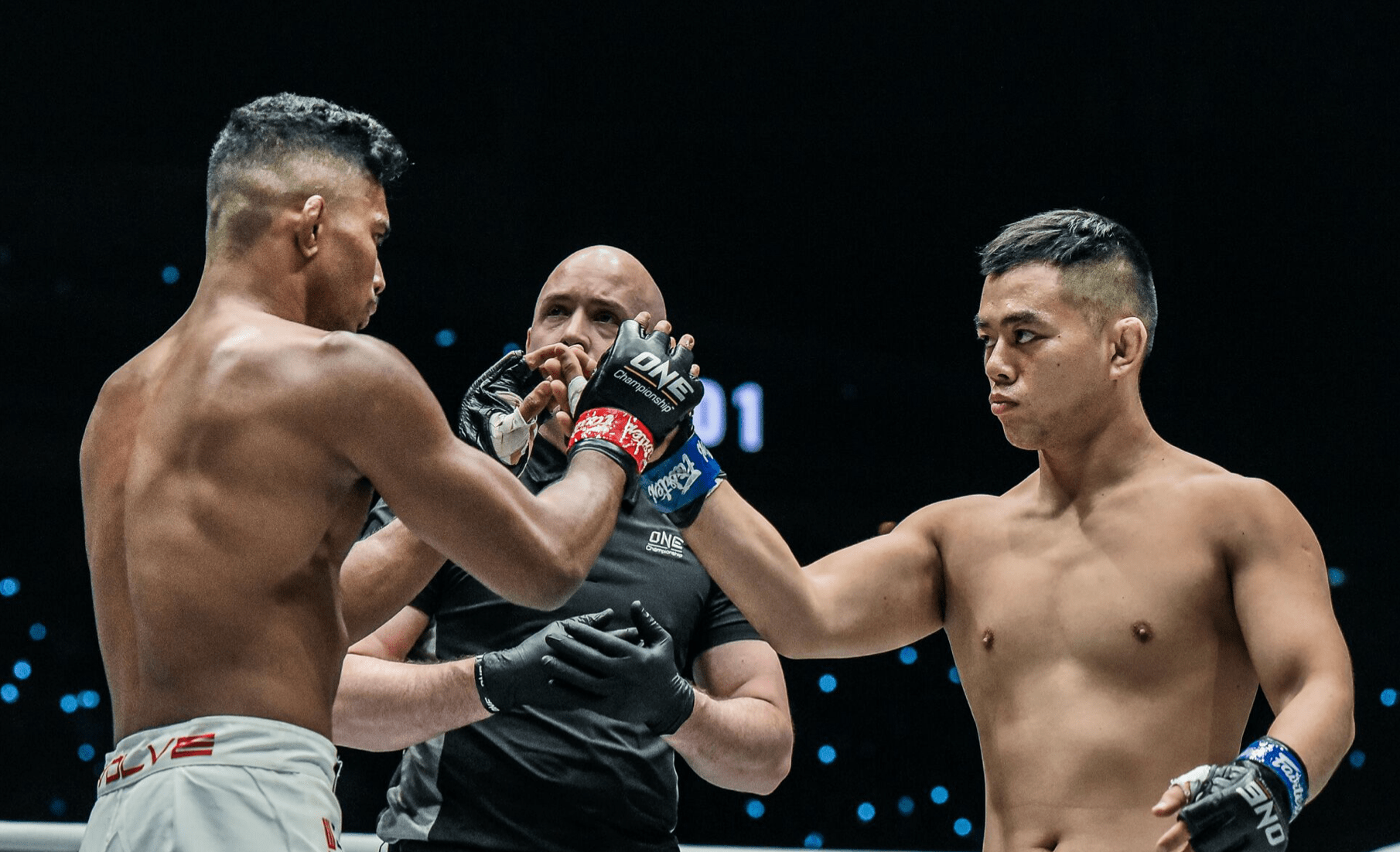 One of the big talking points from this past weekend’s ONE: Edge Of Greatness card, was the controversial split decision result in the co-main event between Amir Khan and Ev Ting.

After the Singaporean got the decision, some fans in the Singapore Indoor Stadium expressed their disproval at the result by booing their hometown boy. While Khan can’t be held responsible for the judges’ decision, the 25 year old did acknowledge however that although he showcased his defensive skills well against Ting, he could have been more offensive.

“When I said I wanted to showcase my striking, I meant that I didn’t want to just go in brawling randomly and trying to get the lucky shot off,” Khan told ONE Championship.

“I did showcase more of my defensive aspects – like, I made him miss and he couldn’t really connect on his shots, but yeah, I was not offensive enough.

Knowing how close the bout was, Amir said he would be happy to give Ev an immediate rematch.

“It was a split decision, so either of us wouldn’t be happy with the outcome because it was such a close fight, whether I win or he wins”.

“I spoke to [Ev Ting afterwards]. I said we can run it back, immediately. I will give him the opportunity, as it was a super close fight. I think he also didn’t fully showcase what he was capable of [either], so I told him that we could run it back.

“We were talking about each others’ kids because he just had a baby daughter, so I was congratulating him. He just told me, ‘Go and enjoy time with your son and we’ll see where it goes from here.’ We gave each other mutual respect after the fight.”

Although it was all respect between the two athletes after their co-main event, Khan acknowledged that his defensive performance may have won him the bout, but didn’t win over the fans.

“I didn’t entertain a lot of the fans, some people think I let them down, so I just want to prove to people who think that I’m just trying to run away from the fight or that I’m scared of him, that it’s not the case. I want the chance to prove myself again.”

If the two do rematch in the upcoming months, Khan vouches that he will look to be more offensive next time.

“This first match, I felt comfortable with him, I felt his power and everything so the next round, it’s just on me to be more offensive, and not be on my back foot. I will be looking to put the pressure on him the next time around.”

During the ONE: Edge Of Greatness post bout press conference, the first question we asked the ONE Championship CEO Chatri Sityodtong, was what were his thoughts on the controversial decision.

Chatri has since gone on to state that the bout is under review.

What did you think of the decision between Amir Khan and Ev Ting? And do you think they should run it back?