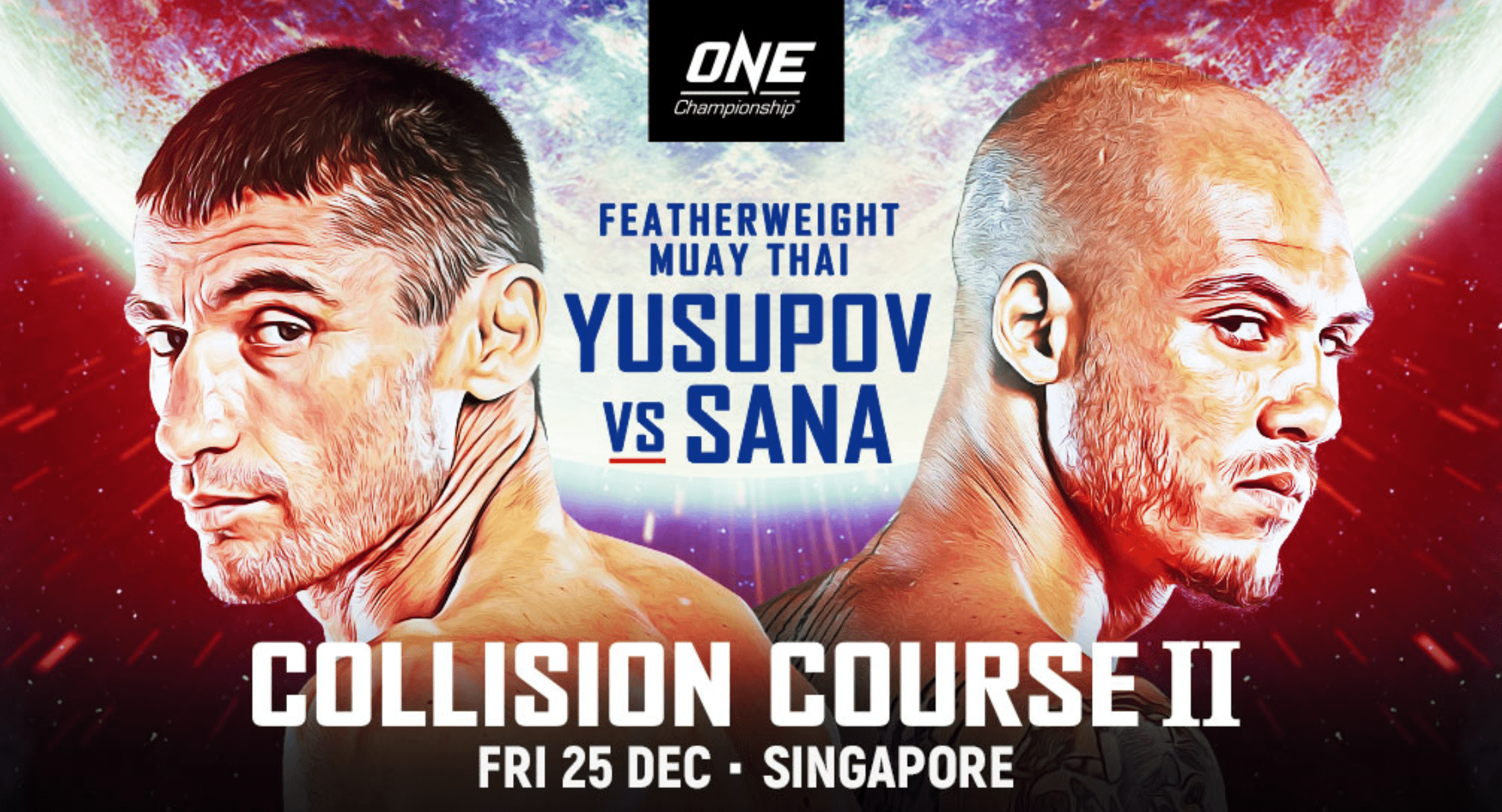 ONE Championship will close out 2020 with ONE: Collision Course 2, which goes down on December 25th at the Singapore Indoor Stadium. The full lineup has been revealed for the final event of the year, which will feature six fights.

The main event features a ONE Super Series featherweight Muay Thai fight between the fourth-ranked Samy Sana and the division’s number-two, Jamal Yusupov. Both fighters broke onto the ONE Super Series scene with upset wins over Muay Thai legend, Yodsanklai Fairtex. In the evening’s co-main event, the former ONE flyweight champion and third-ranked Kairat Akhmetov, faces Dae Hwan Kim in a catchweight contest.

Former ONE flyweight Muay Thai title challenger Walter Goncalves makes his return to the ONE Circle as he takes on ‘Momotaro’ in a Muay Thai match. Knockout artist Amir Khan makes his third appearance of the year, as he goes up against Dae Sung Park.

Elsewhere on the ONE: Collision Course card, Raimond Magomedaliev faces Edson Marques in a welterweight fight, and Senzo Ikeda goes up against Liang Hui in another catchweight bout.

Full Lineup For ONE: Collision Course 2

The latest instalment of Road To ONE also goes down on Christmas Day, in the afternoon. Featuring Cajaiba PhuketFightClub vs Sorgraw Petchyindee Academy in the main event.

ONE: Collision Course went down last night and saw Roman Kryklia retaining his ONE light heavyweight kickboxing title against Andrei Stoica in the main event, winning by way of unanimous decision. In the co-main event, Nong-O Gaiyanghadao knocked out Rodlek PK.SaenchaiMuayThaiGym to retain his ONE bantamweight Muay Thai title.