ONE: Fists Of Fury 2 Weigh-In And Hydration Test Results 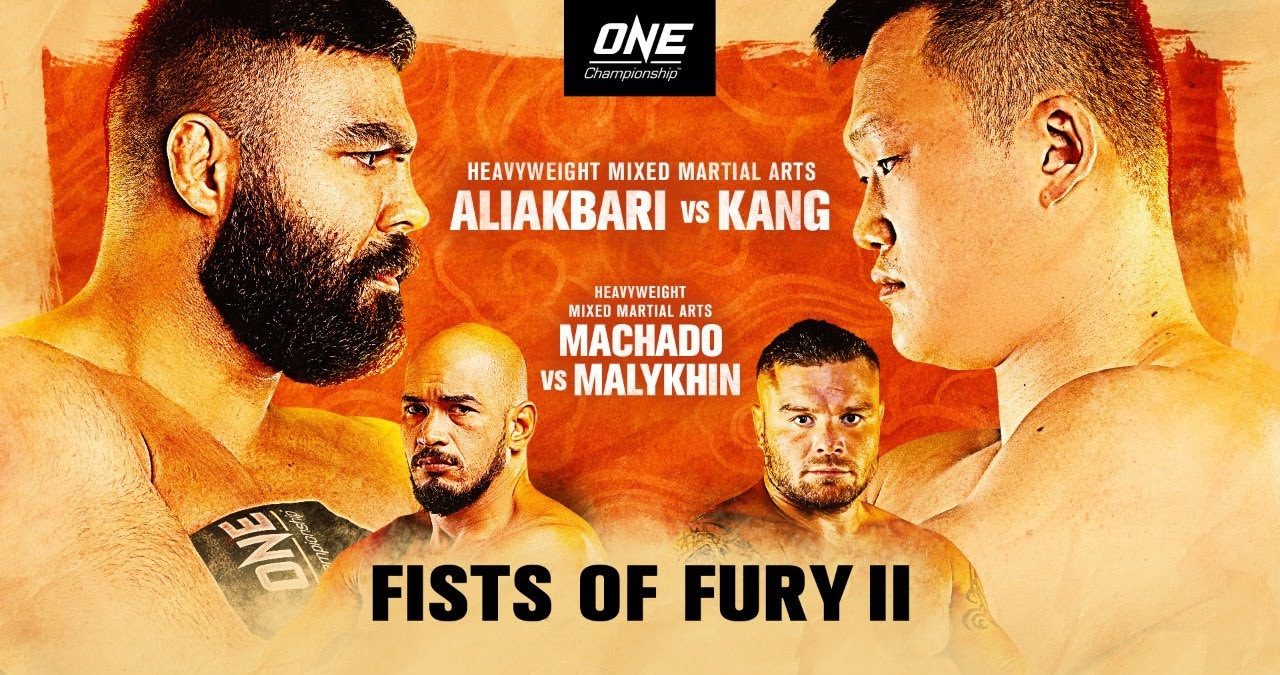 ONE Championship has released the final weigh-in and hydration test results ahead of tonight’s ONE: Fists Of Fury 2, which goes down at the Singapore Indoor Stadium, starting at 8.30pm local time. The card will feature six mixed martial arts bouts. In the main event, Amir Aliakbari makes his long awaited promotional debut against Kang Ji Won.

While Aliakbari hasn’t fought in two years since beating Shelton Graves at ACA 93, Kang is coming off a first round TKO win over Mehdi Barghi less than two months ago at ONE: Unbreakable 3.

Final Weigh-In And Hydration Test Results For ONE: Fists Of Fury 2