More Fights Added To The ONE On TNT Series 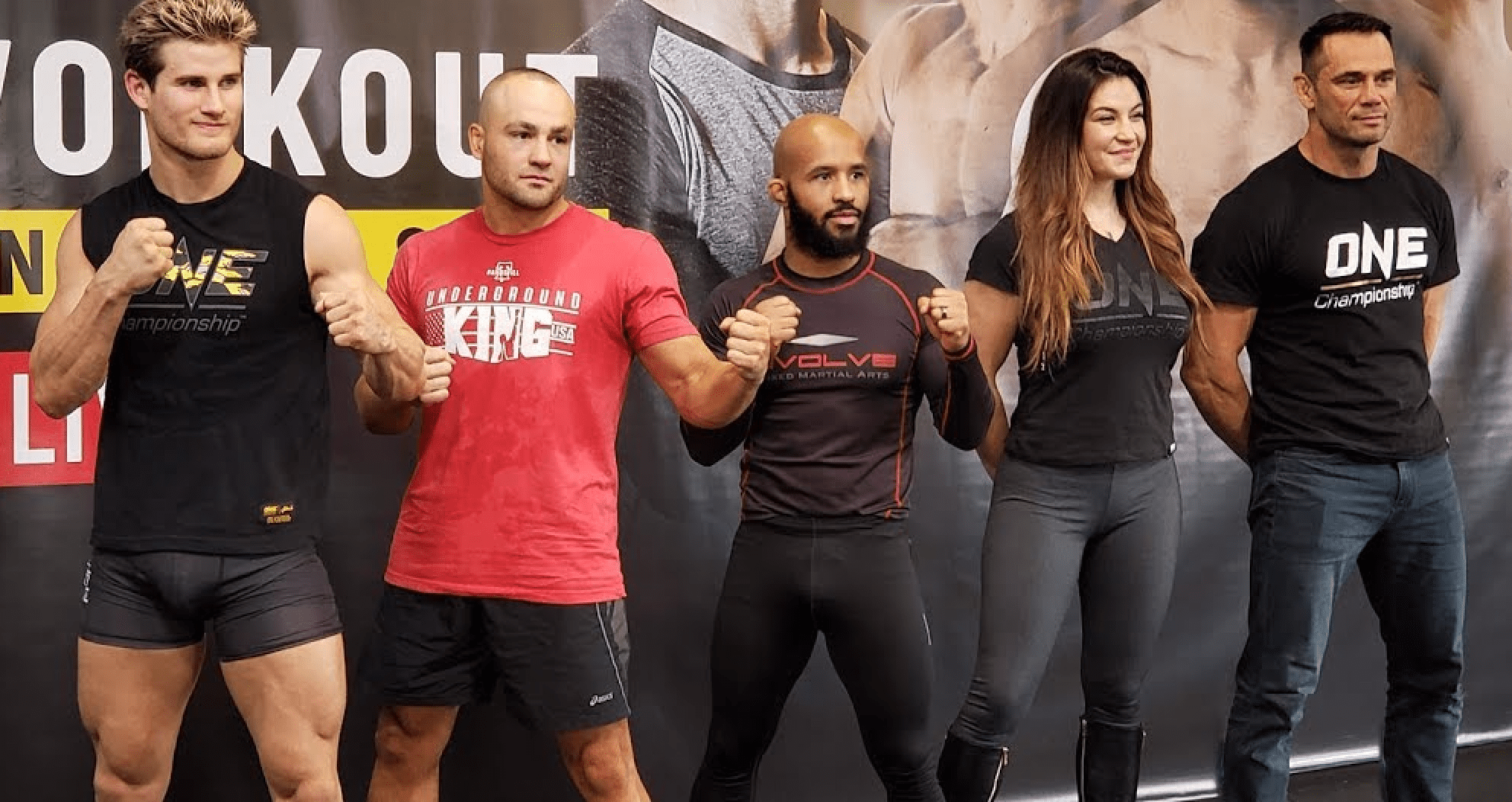 April is sure to be a fun, action-packed month in ONE Championship. For four weeks, fight fans in the United States will be familiarised with the Home of Martial Arts as ONE on TNT airs on US prime time. Last night on ONE: Fists Of Fury, more fights were announced for the series.

ONE on TNT 1 will be headlined by the long-awaited ONE flyweight title fight between defending champion Adriano Moraes and Demetrious Johnson. Also featured in the event will be a non-title flyweight Muay Thai match between Rodtang Jitmuangnon and Jacob Smith. In the twilight of his career, veteran Eddie Alvarez looks to make a run for the title as he faces former lightweight contender Iuri Lapicus.

The main event of ONE on TNT 2 will see ONE lightweight champion Christian Lee defend his title against Timofey Nastyukhin. Added to the card is a top five featherweight bout between knockout artists Martin Nguyen and Kim Jae Woong. Also announced is a strawweight Muay Thai match between Wondergirl Fairtex and Amber Kitchen.

Headlining ONE on TNT 3 will be a heavyweight showdown between Amir Aliakbari and Anatoly Malykhin. But perhaps the show-stealer is the lightweight Muay Thai contest between legends Nieky Holzken and John Wayne Parr. Yoshihiro ‘Sexyama’ Akiyama also takes on Mohammad Karaki in a welterweight contest.

Finally at ONE on TNT 4, Aung La Nsang faces Vitaly Bigdash in a trilogy fight. This time, both will be competing for ‘The Burmese Python’s’ ONE light heavyweight title in the main event. Also featured on the card, John Lineker welcomes former Brave CF bantamweight champion Stephen Loman to the promotion. And after nearly two years away, Sage Northcutt returns at lightweight against submission specialist Shinya Aoki.

Which ONE on TNT event are you looking forward to most?

Having previously announced the four main cards, ONE Championship has now revealed the four lead cards. Some of the intriguing matchups include a top five flyweight contest between Reece McLaren and Yuya Wakamatsu, a huge lightweight clash between Lowen Tynanes and Pieter Buist, a fun Muay Thai bout between Liam Harrison and Pongsiri, the return of Colbey Northcutt, and the promotional debuts of heavyweights Dustin Joynson and Marcus ‘Buchecha’ Almeida.