Robert Whittaker And Darren Till Open Up On Mental Health Issuses 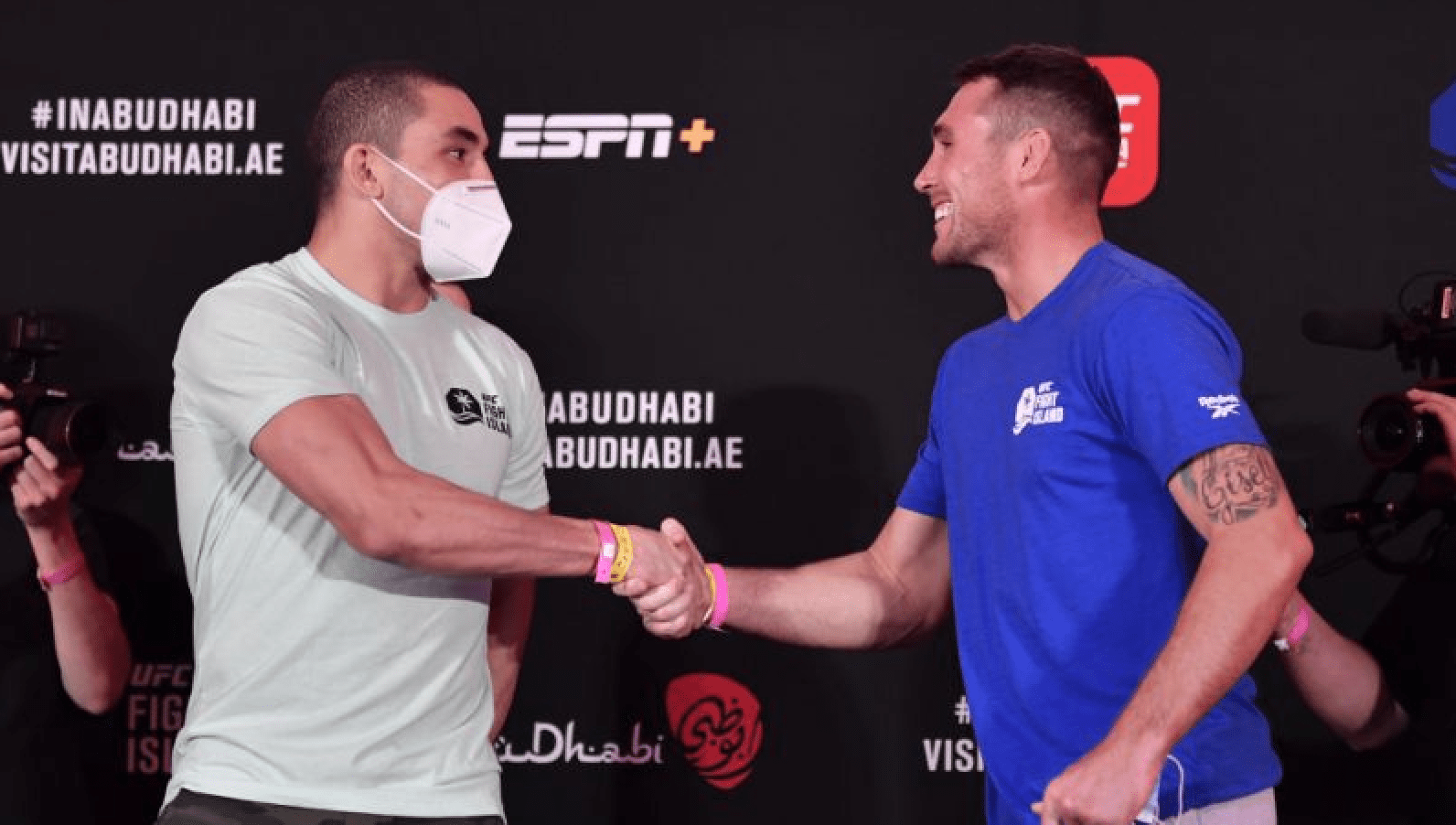 Former UFC middleweight champion Robert Whittaker and the number five ranked Darren Till faced off this past weekend at UFC Fight Island 3. But before they stepped into the Octagon to face each other, they had to face themselves.

Robert Whittaker: ‘It Just Eats At You’

Earlier this year, Whittaker opened up on how he has experienced serious burnout and motivation issues in the last couple of years, which led him to take a complete break away from the sport. Speaking to the Bleacher Report‘s Tom Taylor prior to UFC Fight Island 3, ‘The Reaper’ described how his mental issues gradually began to appear in his life.

At first, the 29-year-old tried not to pay much attention to these feelings, and thought they would somehow go away. But when he realised they were just getting worse, he decided to take an indefinite break from fighting.

Whittaker pulled out of the fight against Jared Cannonier, which was set for March 7th at UFC 248, and disappeared from social media, so he could concentrate on himself.

“I’m a fighter. This is my trade,” he said. “It’s such a big part of who I am that it was hard for me as a fighter to see [what was happening]. I have trials and tribulations. I kind of thought that I’d get through this with nothing: don’t worry about it, ignore it, push it to the side, get through it. Then you do that for six months, a year, a year-and-a-half. It just eats at you. It’s like the ocean. It just weathers the storm.

“I’d been mulling [a break],” Whittaker continued. “But again, the whole time it was like, ‘it’s not this, it’s not me, it’ll go away.’ So after the Adesanya fight, and I was no longer the champ, there were no longer the same stresses, the same pressures to do things, so I was like, ‘I’m going to take some time out.’ It was uncertain. Uncertain is a good word. It was very uncertain. I didn’t know where I was going to go or what I was going to do.”

After he dealt with mental hardships that were bothering him for years, Whittaker came right back with a skip back in his step, eager to face the next opponent in line.

“The Robert Whittaker [fans are] going to get is a happier one. A much happier one,” he said. “I’m doing everything I’m doing for me and my family. One, because I enjoy it. And two, ’cause it’s how I provide for my family. [I’m] very ready to go.”

Whittaker recommends everyone to take care of themselves, saying that there is nothing wrong with that.

“There’s no shame if you don’t want to do something anymore or something makes it hard to. You’ve got to self-reflect and be real with yourself because nobody else is going to.”

‘The Reaper’ also stated that these problems are “much more common [among fighters] than everybody thinks”. However, it is still quite rare to see combat athletes stepping forward, and being vocal about these sorts of mental issues.

Darren Till: ‘I Was Just Terrified Of Fighting’

Whittaker’s latest opponent is quite familiar with mental adversities as well. At one point, Till was considered to be the future of the UFC welterweight division, as a young undefeated prospect. However, things went upside down for the Brit in a very short period of time.

Till’s path to the title and his perfect record were broken by the former UFC welterweight champion Tyron Woodley, who submitted ‘The Gorilla’ at UFC 228 in September 2018. Then he was stopped by Jorge Masvidal via devastating knockout at UFC London in March 2019.

After two stoppage losses in a row, Till started to doubt himself like never before.

“I was just upset at myself. I considered myself invincible for a long time, and to have the invincibility stripped of you is so savage. It hurt a lot, so it took a lot of building back up,” Till said.

‘The Gorilla’ decided to move up to the middleweight division, in order to get a clean slate. He accepted a fight against, at that time, the top five ranked Kelvin Gastelum, which was interpreted as a brave decision to make.

“I was just terrified of fighting; the bright lights, big stage, that sort of thing. I was really scared of fighting, especially fighting Gastelum, because of the guy he is and the guys he’s beaten,” Till said. “It was on the biggest stage possible. It couldn’t have gotten any bigger. There were a lot of emotions at the time.

“I’m fine with it, admitting I was scared. I think we all get scared. It doesn’t make me any less of a man to admit that.”

Till won the fight against Gastelum via split decision despite his demons, and regained the confidence he once had.

“I felt like I’d conquered my own personal mountain inside my head—something I think a lot of people are too scared to do, something people don’t have the chance to do. I’ve conquered the big scary mountain that I was afraid of, and after that, it was about building myself back up.

Importance Of The Mental Aspect In Fighting

Similarly to Whittaker, Till believes mental health issues are much more present among the fighters as people might think.

“I believe we all do have demons and mountains to climb, mostly inside our own heads. Every single individual, whether they say it or not, is trying to conquer something inside their head and trying to overcome something, whether it be fear or whatever. They’re all on their own path, their own journey. It’s all individual experiences.

“I think mental stuff is 90 percent of [competition] overall. A lot of fighting, especially on the big stage, comes down to mental [state]. Some people just can’t get in the right state of mind. Some people flourish from it. It just depends.

“It’s a tough thing to understand, the mind.”

After a fun build up to their main event at UFC Fight Island 3, it was all business on the night. After an incredible display of mixed martial arts for five rounds, Robert Whittaker was awarded the unanimous decision over Darren Till.