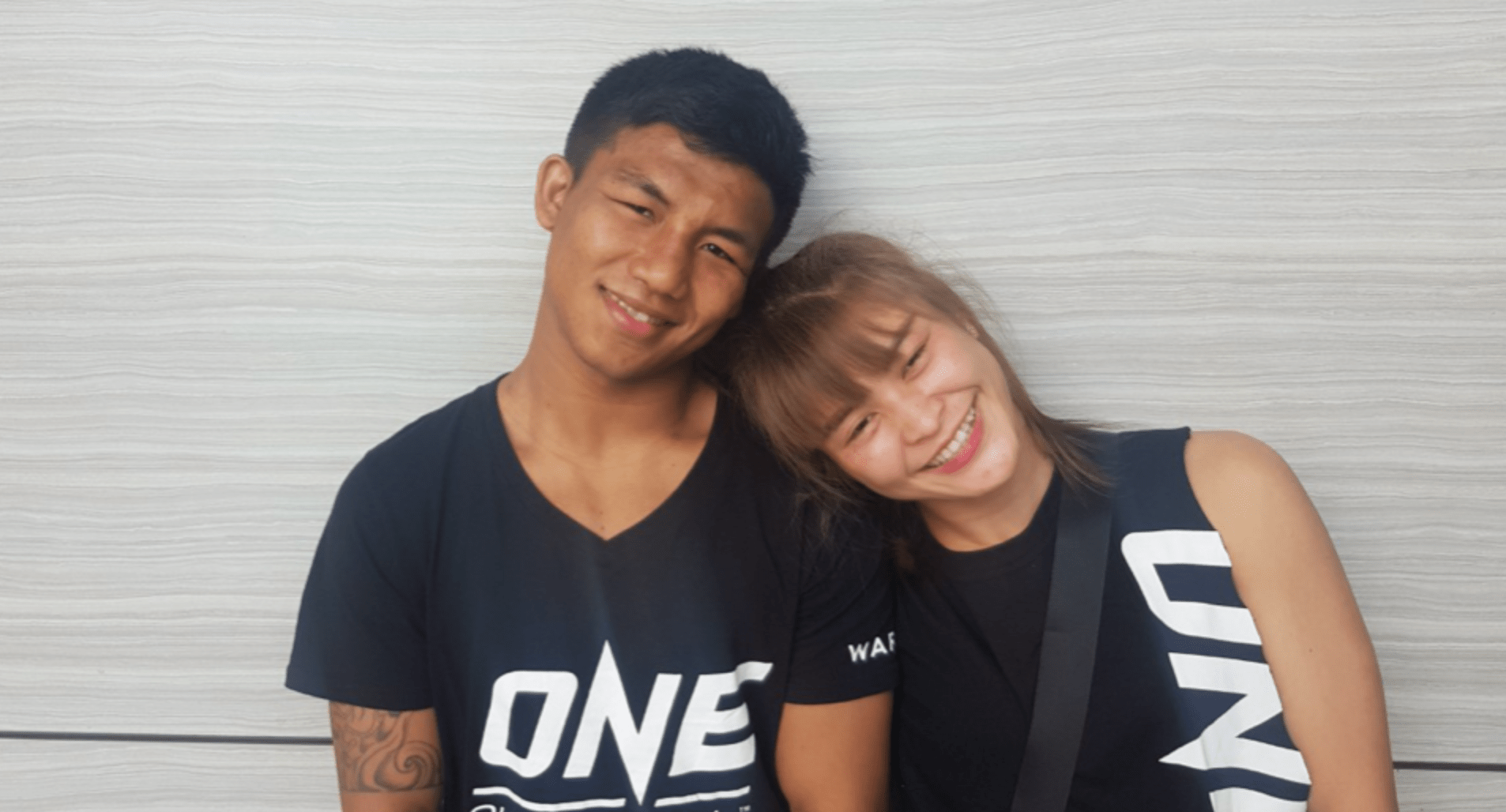 At just 13 years old, Stamp Fairtex’s brother Shogun is showing potential to follow in his big sister’s foot steps. And not only does he have Stamp to look up to, he also has the ONE atomweight Muay Thai world champion’s boyfriend Rodtang Jitmuangnon, acting as a role model.

Speaking to ONE Championship, ONE flyweight Muay Thai world champion Rodtang, revealed that he has been mentoring Shogun.

“Whenever I come to visit, he runs over to me and jumps on me. I think he sees me as an older brother.

“I’ve taught him some boxing. He has a big future ahead of him, and he is really determined. He is also very well-rounded and has a lot of good techniques. I watch him train on Stamp’s dad’s Facebook live streams. I want to mould him to be just like me.”

Although Stamp trains at Fairtex Training Center in Pattaya and Rodtang trains 150km away at Jitmuangnon Gym in Bangkok, the two spend as much time together as possible. And whenever the pair are in Stamp’s hometown of Rayong, they take Shogun with them everywhere they go.

“Wherever we go, we all go together,” Rodtang said.

During a recent school break, Rodtang invited Shogun to Jitmuangnon Gym to train. But not before giving him a pep talk.

“I told him you must respect your elders, and understand what it means to be at a big gym. I explained to him how to act, and told him you can’t be stubborn.”

Thailand is currently under lockdown, as a result of the coronavirus pandemic. But that hasn’t stopped Rodtang from training.

“Right now, we’re just staying at home and training a little bit in the front yard. We like to play games on our phones, and we will watch Muay Thai videos and cook together.”

Once Shogun weighs 45kg, Rodtang has big plans for the 13 year old.

“Since I’ve known him, he has improved a lot. He’s got a good stance, boxing, and clinch. Once his weight reaches 45 kilograms, I’ll push him to become a champion at every stadium in Bangkok.”

Earlier today, ONE Championship CEO Chatri Sityodtong, announced that the next two ONE events have been postponed because of the coronavirus pandemic.