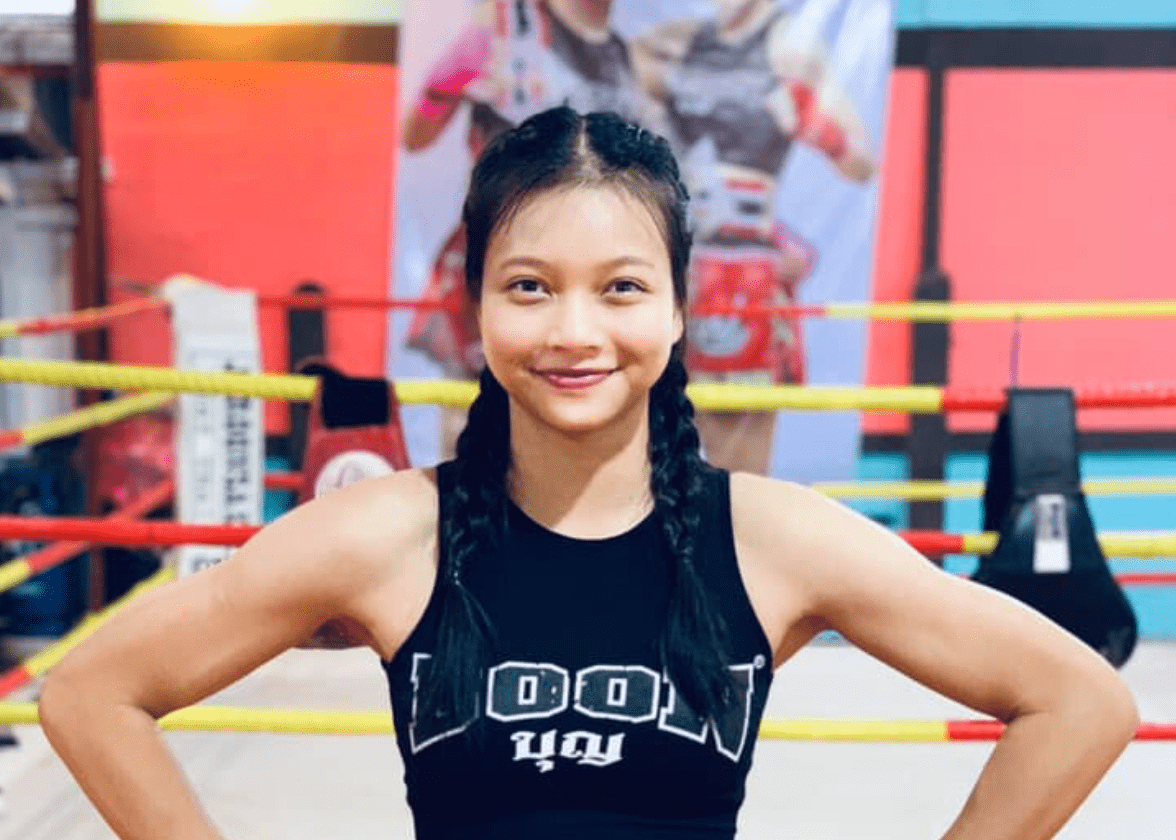 Supergirl Jaroonsak MuayThai, the younger sister of Wondergirl Fairtex, will be making her ONE Championship debut at ONE: A New Breed II this Friday at just sixteen years old. She will face Milagros Lopez of Argentina.

Before she makes her debut on the big stage that is the Home of Martial Arts, Supergirl has taken a trip back in time to when she was starting out in Muay Thai. Ever since she was a toddler, she has been training in the proverbial ‘Art of Eight Limbs’.

“Part Of My Life”

“My father has been teaching me Muay Thai since I was young – around 2 or 3 years old. I don’t even remember when I started. Muay Thai was just always part of my life,” Supergirl told ONE Championship.

It wasn’t just the Muay Thai lessons that stuck with her. But it was also the values her father instilled in her that stay with her. Even with the skills she possesses in the martial art, she was taught that she should never use them outside of the ring.

“My father always reminded me that if you know Muay Thai, you are not a gangster. If you want to fight, you have to fight in the ring and follow the rules.”

Supergirl admits that she had no intention of competing in Muay Thai. To her, it was only a means of getting exercise and learning self-defence.

“My parents never thought that my sister and I would turn out to be professional fighters. We trained for fun, for exercise, and to protect ourselves,” said the 16-year-old.

But eventually, she was overcome by the thirst for competition and had her first fight at a local temple festival at 10 years old.

“I was so excited,” she recalls. “I won my first fight by KO in the second round. My father said nobody believed him when he told people I fought for the first time.”

Supergirl’s father Kru Jaroonsak, is a former fighter himself. So it’s no surprise that he’s leading his two daughters down a path similar to his own. However, the 16-year-old prodigy looks to her sister Wondergirl, who has already made her name in Muay Thai, as her role model.

A year ago, Wondergirl left home to train at the storied Fairtex Training Center in Pattaya, while Supergirl chose to remain with her father in Bangkok.

“I use my father’s camp’s name while my sister uses Fairtex and trains over there,” said Supergirl.

“I think it’s good for her that she chooses her own way. She likes the new place, and she has met new friends, coaches, and sparring partners. For me, I am happy here with my parents. I still like to stay close to them.”

Under the tutelage of her father, who runs the Jaroonsak MuayThai camp, Supergirl has already become one of the most dangerous ‘Muay Khao’–or knee strikers–fighters of her era.

Supergirl looks to take her dangerous knee spears to ONE Championship, where she will compete against the best athletes Muay Thai has to offer.

“The reason I signed with ONE is because it’s the biggest martial arts organisation in the world. Many fighters would like to join here, and I am the same. I would like to step up for the challenge,” the teenager said.

She hopes she can make her debut as memorable as her sister’s, where the 21-year-old knocked out Brooke Farrell at ONE: No Surrender 3.

“I saw my sister debut in ONE on television,” said Supergirl. “Wow, she changed a lot! She looks stronger, more aggressive, and a lot more developed. When she won, my parents and I jumped and shouted loudly in our house.”

Wondergirl’s second fight only brought further excitement to her household, when she delivered a TKO victory over KC Carlos at ONE: A New Breed. With her sister picking up two straight wins in ONE Championship, Supergirl knows all eyes will be on her when she makes her debut.

“Since [Wondergirl] had a very good performance twice, that puts more pressure on me. I have to be so good like her,” Supergirl says.

“I am very excited about my debut, and this is my first time with 4-ounce gloves. I would like to show my best performance so people will remember me.”

Can Supergirl Jaroonsak MuayThai win her ONE debut fight against Milagros Lopez?