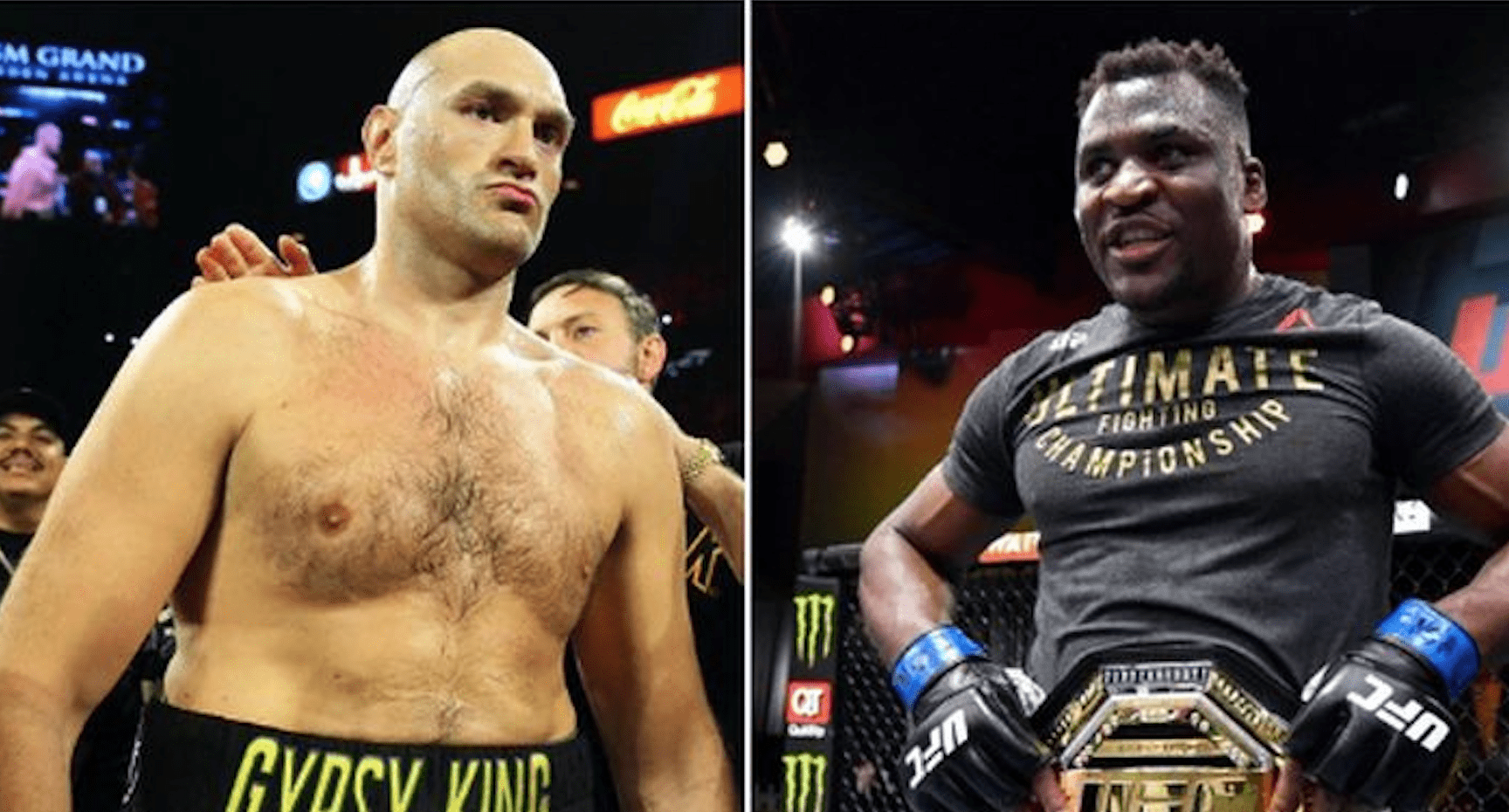 Tyson Fury has revealed that he wants to fight UFC heavyweight champion Francis Ngannou in the Octagon, once he’s done with Deontay Wilder and Anthony Joshua.

Fury was expected to face Joshua for the undisputed heavyweight title this summer, but the fight was cancelled after an arbitrator ruled that Wilder, who has faced ‘The Gypsy King’ twice before, was eligible to a trilogy fight, which is now set to take place at the T-Mobile Arena in Las Vegas on July 24th.

The WBC and The Ring heavyweight champion is confident that he will run through Wilder, and then go on to beat Joshua to become the undisputed kingpin. Once he’s done with his boxing rivals, Fury said he will turn his attention towards Ngannou, who he’s exchanged words with in the past.

Speaking to TMZ Sports (as transcribed by The Mac Life), Fury said that he would love to fight Ngannou in MMA gloves inside the Octagon.

“[Nick Diaz] told me Ngannou can’t do wrestling anyway so we’re just looking for a stand-up bang out,” Fury said. “Me and Ngannou in the small gloves, make it happen. As soon as I’m done with Wilder and Joshua, I will fight Ngannou in an Octagon with 4oz gloves. He’s not a wrestler anyway, it’s a stand-up fight.

“I’d love to fight Ngannou. I love the celebrity boxers coming into boxing, the UFC fighters and the wrestlers coming into this game. Whoever they put in front of me, those are the ones I’m going to fight. Ngannou is a massive guy, he has huge muscles and he looks the part.

“He’s a big name, he just beat Stipe [Miocic] in a fight and he’s talking about boxing but this is a different world. I’ll eat him up and spit him out seven times a day. If I go into MMA and he starts grabbing me and ripping to the floor it’s not going to be an even match. It’ll be ten times harder for him coming to boxing than me going to MMA, it’s a different world.”

Would you be interested in a potential fight between Tyson Fury and Francis Ngannou?