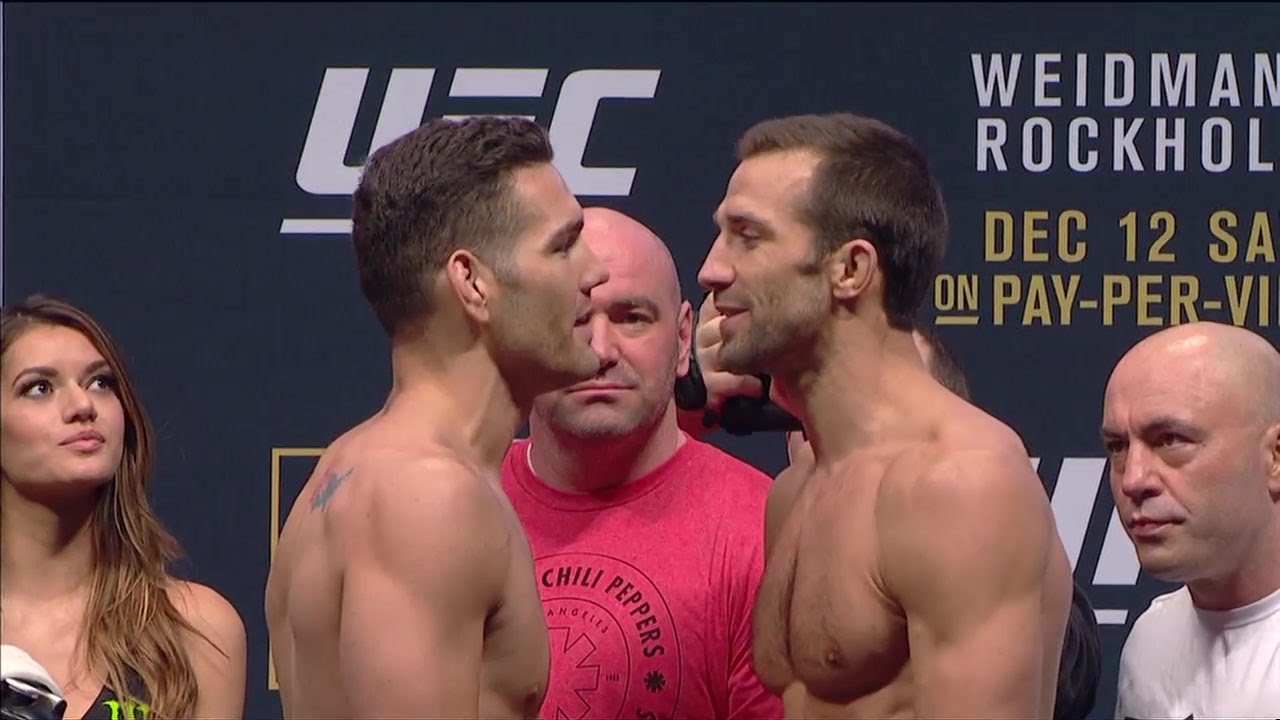 Former middleweight champion Chris Weidman got back in the win column at UFC Vegas 6 against Omari Akhmedov, where he won via unanimous decision.

After Weidman’s recent struggles, the ‘All American’ admitted on Ariel Helwani’s MMA show (transcribed by MMA Mania), that there was a lot of extra noise he had to tune out heading into the fight.

“I really do a good job to try and tell myself that there is no pressure,” Weidman stated. “But looking back there was so much pressure in this fight. I really wanted this ‘W.’ All the doubters and the haters and everyone saying I should retire, ‘No chin Weidman, you suck,’ all this stuff, it fueled me.

Despite the much needed win last weekend, Weidman is 2-5 in his last seven fights. Although the 36-year old is quick to point out that he has only fought top contenders in recent years and has largely been competitive in his losses.

“A lot of the guys I was in there, the only losses I have are against top five guys and I was competitive with all of them. Other than the Reyes fight, I will give him that, it was too quick to say I was competitive.

“But every 185 pounder I have been competitive against them and I am right in there with them,” he continued. “But you got to win that night, get your hand raised. It was just a lot of pressure to get my freaking hand raised.”

Weidman is not sure exactly what comes next, but he did state that he’s not interested in a rematch with the man he lost his UFC middleweight title to, Luke Rockhold.

Rockhold recently said he plans to continue fighting and was looking at the ‘All American’ as a potential opponent once again. However, Weidman stated that his former foe doesn’t deserve a fight with him, having not fought in over a year, and not won a fight in three years.

“For him to just come right back and have a fight against me, a big, big fight, he should put some work in.”

While speaking to Submission Radio, Rockhold spoke out against Weidman and his recent performance.

Rockhold also took issue with the new fighting normal for the UFC, taking place without the fans, especially those at the UFC APEX. Admitting he would prefer ‘Fight Island’ for his comeback fight.

“It’s not that encouraging to fight in a sparring match in front of nobody,” Rockhold said. “It’s pretty f***ing lacking. I mean, it’s just not fun to watch. You watch the fighters, you can’t hear the energy of the fans. I’d probably prefer Fight Island. I’m not really keen on the quarantine back and forth, but I’d probably prefer that over Vegas, fighting in the UFC TUF gym or whatever the f*** that is. It just sounds lame. It sounds really, really lame.”

Would you like to see a rematch between Chris Weidman and Luke Rockhold?