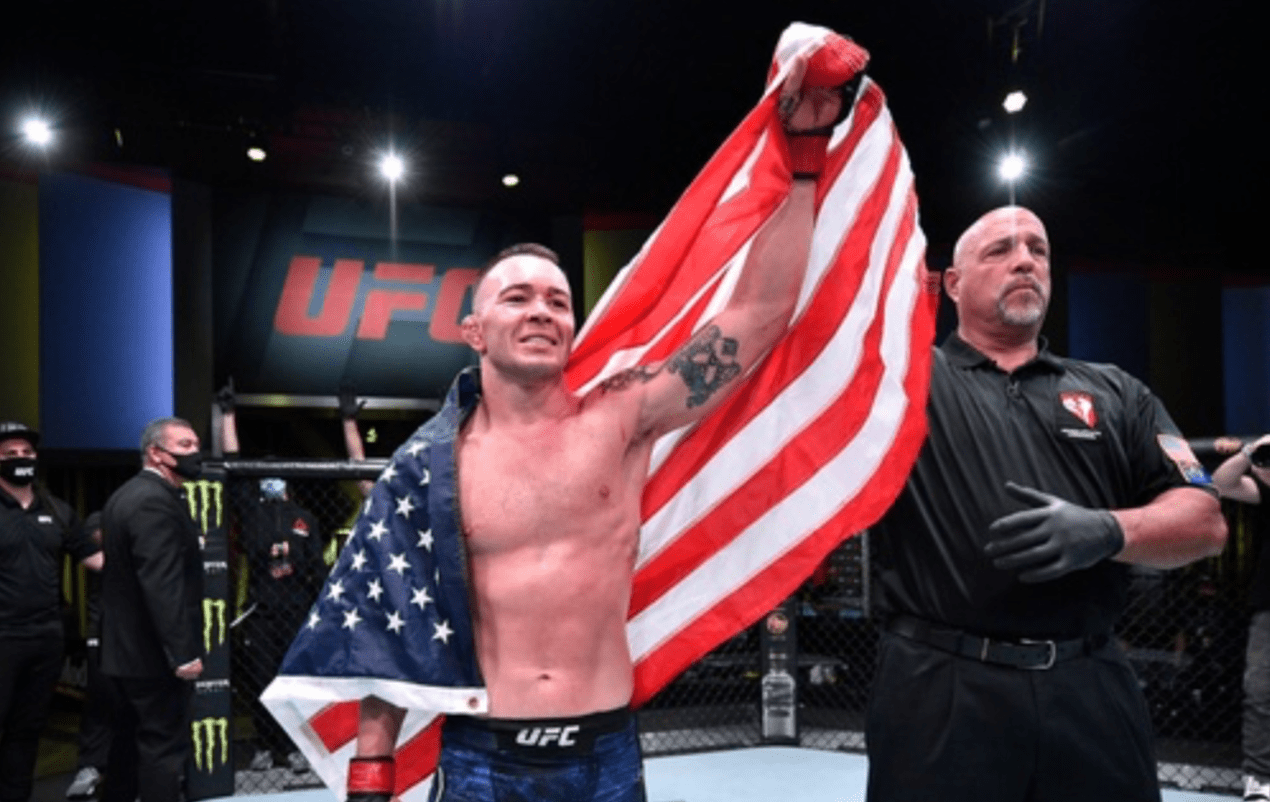 While Colby Covington made good on his word to finish Tyron Woodley this past weekend at UFC Vegas 11, he also expanded on his essential hit list of people he hopes to fight next.

While Covington has made it clear that he wants a rematch with Kamaru Usman, and a grudge match against his former best friend and training partner Jorge Masvidal; ‘Chaos’ added Nick Diaz to his hit list, during the UFC Vegas 11 post fight press conference (as transcribed by MMA Junkie).

“I would love to fight Nick,” Covington said. “He’s a high-pressure fighter. I’d love to fight him and it would be an easy fight. I’d definitely retire him just like I retired Tyron Woodley [at UFC Vegas 11]. Nick Diaz would never fight again, I promise you, after I got done with him.”

News surfaced earlier this month that Nick was planning on returning to the Octagon in 2021, having not fought in almost six years. With Usman set to defend his welterweight title against Gilbert Burns at the end of the year, and Masvidal rumoured to be rematching Nick’s younger brother Nate; perhaps the UFC will look to make Covington versus the elder Diaz brother.

“I Talk The Talk And I Walk The Walk”

Covington remains unimpressed by talk of Masvidal and Nate fighting a second time however, claiming that the younger Diaz brother has CTE.

“Absolutely, [Masvidal versus me is] a bigger fight,” Covington said. “Everybody knows Nate Diaz is done. He hasn’t been relevant in five, six years. The guy fights once every couple of years. He’s got nothing left in the tank. He’s had so many fights. He’s got CTE. He shouldn’t even be fighting anymore. It’s a shame. His coaches, I feel bad that they let him go in the Octagon anymore. So they need to do this fight with me and Jorge.

“He’s been talking recklessly in the media. He’s been saying all this s***. ‘Oh, it’s on sight,’ this and that. OK, come back up your words. I back up my words. All the talk I say, I talk the talk, and I walk the walk. Let’s see, ‘Street Judas’ Masvidal.”

Who do you want to see Colby Covington face next inside the Octagon?