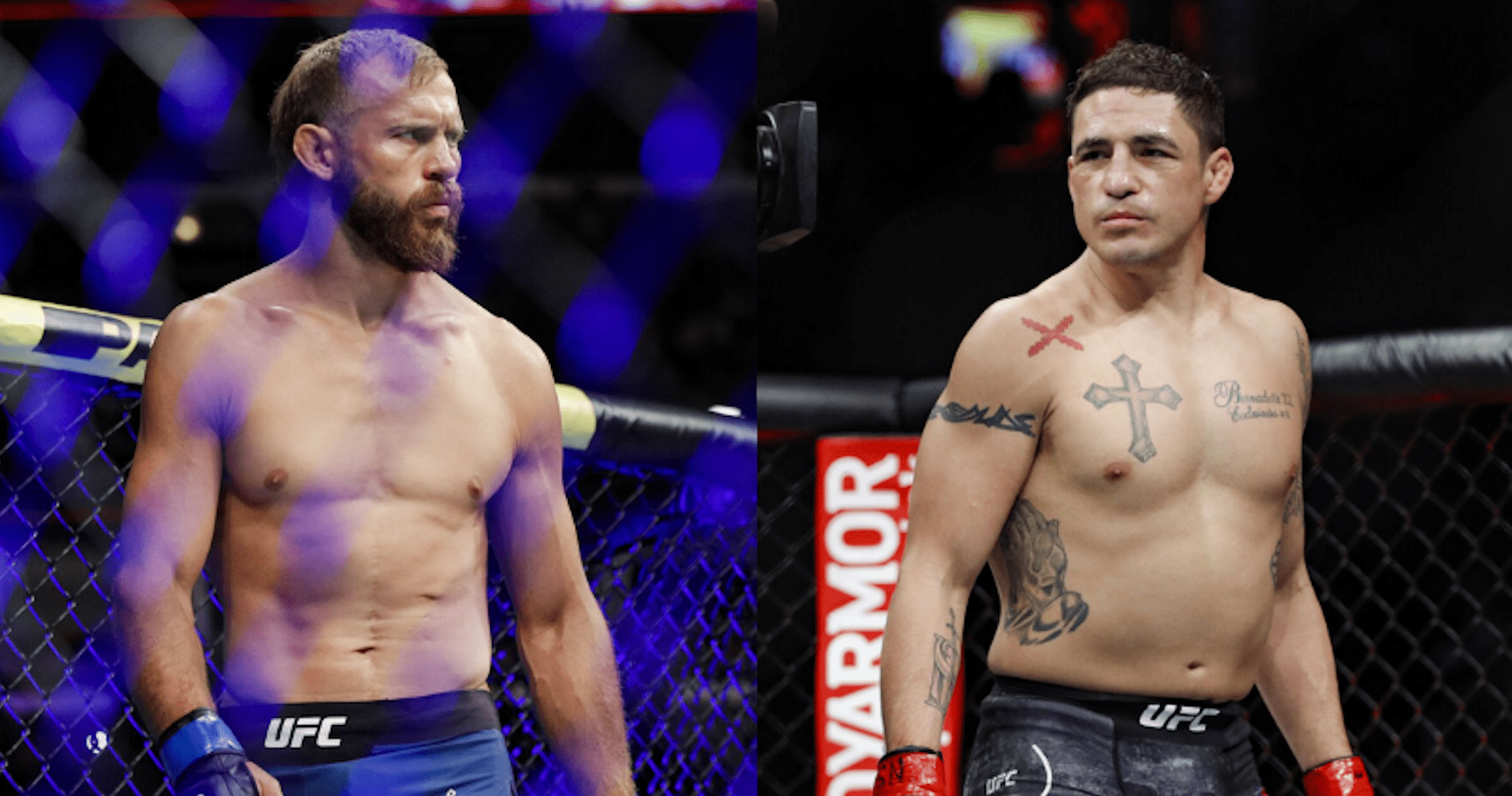 ‘Cowboy’ Cerrone is disappointed that he’s not getting to fight Diego Sanchez at UFC Vegas 26, but he’s still happy to be competing on the card against Alex Morono.

‘Cowboy’ was scheduled to face Sanchez this weekend, but their fight was cancelled after ‘The Nightmare’ failed to certify that he was medically fit to compete, and was subsequently released by the UFC. The relationship between the two parties has since turned sour as the veteran fighter and his trainer Joshua Fabia, have levelled a series of allegations against the promotion’s bigwigs.

During the UFC Vegas 26 pre-fight media scrum (as transcribed by The Mac Life), ‘Cowboy’ said that although he’s happy to compete against Morono on less than a week’s notice, he was really looking forward to fighting friend-turned-foe Sanchez.

“I’ve never seen someone get thrown off because they’re crazy,” ‘Cowboy’ said. “It’s a first for me. But short notice is short notice. I made a career out of [it]. Usually, I’m the guy filling in, not the other way around, so pretty cool Alex threw his hat in and they picked him.

“You’ve seen people get chopped, so apparently he pissed the wrong people off. It just so happened right before the fight. But I don’t really have anything to say. I was looking forward to fighting him.”

Since Sanchez parted ways with the UFC, much of the talk has been about Fabia, who many, including Dana White, Michael Bisping, and Rashad Evans, believe is pulling the former UFC title challenger’s strings. Which is also how ‘Cowboy’ sees it.

“It’s hard to be mad at [Sanchez] now because I don’t think it’s him guiding the horse,” ‘Cowboy’ said. “I think he’s just running blind, and this other jamoke, his new lover, is showing him down the path. I don’t know. Can’t really be mad at the kid, or the old man, I should say. But really it’s his cult leader and lover that took over his life, and I feel bad for you, Diego.”

Despite being close friends with Sanchez for a long time from their days training at JacksonWink Academy in Albuquerque, ‘Cowboy’ has never met Fabia in person. Although he says he used to train with someone who had a run-in with the ‘School of Self-Awareness’ founder in a bar in New Mexico.

“I never have met him,” ‘Cowboy’ said. “I never ever have. I know the guy that whipped his ass at the bar. I used to train with the guy, and that kid was talking about his death punch and how he was going to kill the dude, and my buddy whipped his little motherf***ing ass all over the bar. So the death punch did not work. It was unsuccessful. This guy no longer fights, no longer trains. He just said, ‘I’ll beat your ass.’ Then he did. The MMA community in New Mexico had a chuckle over that.”

“Fearful Of My Life”

Meanwhile, speaking to Anthony Smith and RJ Clifford on SiriusXM, Sanchez denied that he and Fabia are homosexual, and said that he is fearful of his life because he believes the UFC are coming after him.

“We’ve been filming everything to protect our own asses man. You think shit is just clean cut. All moral integrity and honour and respect. As real as it gets company. That’s not the truth,” Sanchez said. “I’m outside this company now. And to be honest with you, I’m going to tell you both frankly right now, I’m fearful, man. I’m fearful for my motherf***ing life. I’m fearful that this company, this billion dollar monopoly company worldwide, is going to come after me. Something might happen to me in two years. Maybe in a couple of years, maybe something happens. Maybe my truck falls.. maybe I wreck my truck. Maybe something happens. Maybe I overdose on some suicide shit. I don’t know, but I would not put anything past the level of evil that is within this corporation.

“[Why would they kill me?], If I was to expose some of the stuff that I know about because I’ve been in this motherf***er longer than anybody else, and been the only one that survived the bitch, that went through the f***ing dark tunnel and came out the other side — I’m still here, I’m still able to speak to you guys, thank god for that, and that’s also due to Joshua Fabia helping me. He mentored me and coached me in speech. He mentored me and coached me in how to be a better father. So many other things. And no. We’re not gay. Ariel Helwani pushed that narrative. That was a part of Ariel’s narrative. … No we’re not gay, he’s been the best friend that came into my life, helped me get my s*** together because he seen a man that was so traumatised emotionally, physically, mentally. In so many ways. People don’t understand.”

What are your thoughts on ‘Cowboy’ Cerrone and Diego Sanchez’s comments?