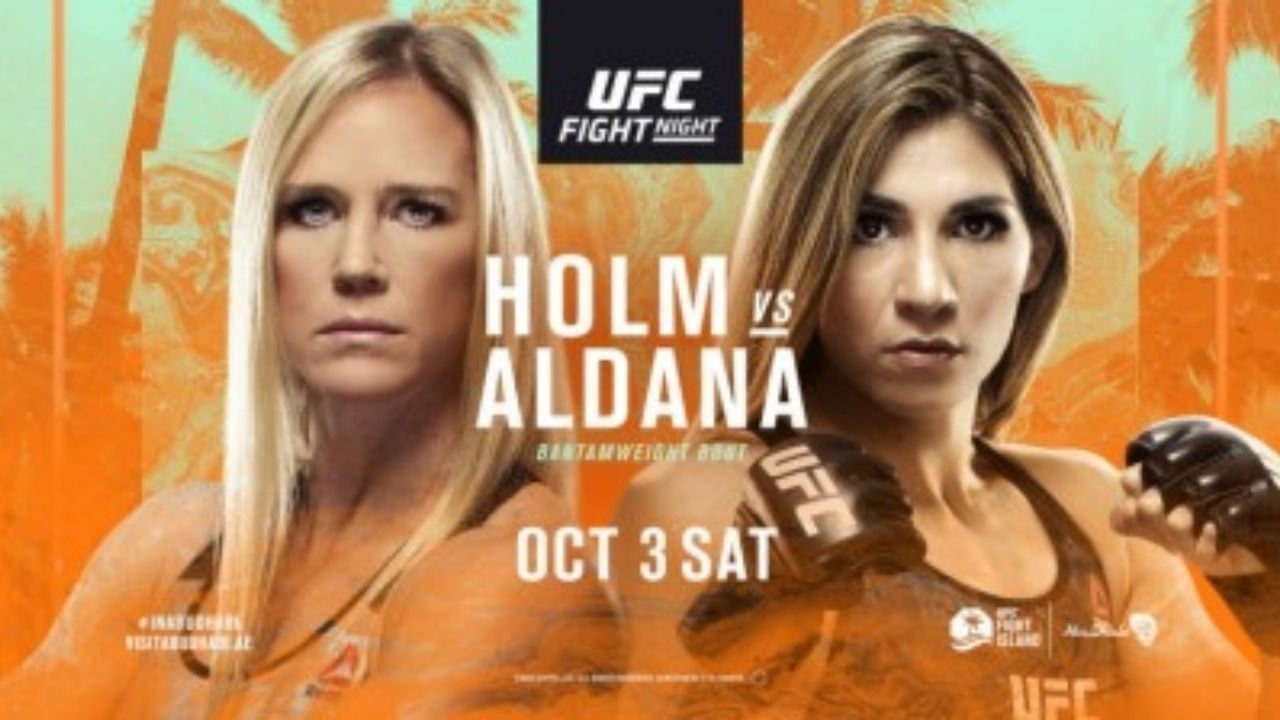 UFC Fight Island 4 goes down this weekend on Fight Island in Abu Dhabi. In the main event, Holly Holm will be looking for back-to-back wins for the first time since she beat Ronda Rousey at UFC 193. To do so, she will have to beat the number six ranked UFC bantamweight, Irene Aldana.

Holm has lost five of her last eight since beating Rousey in 2016, but is coming off a win against Raquel Pennington at UFC 246. Aldana is coming off a couple of wins against Vanessa Melo and Ketlen Vieira.

Heavyweights will throw down in the UFC Fight Island 4 co-main event, with Yorgan De Castro set to face Carlos Felipe. Elsewhere on the card, Germaine de Randamie and Julianna Pena meet in another pivotal fight in the women’s bantamweight division, and former interim welterweight champion Carlos Condit, returns after almost two years away from the Octagon against Court McGee.

Bantamweight: Kyler Phillips defeats Cameron Else via second round TKO (0:44)

This is how the MMA world reacted to UFC Fight Island 4:

The UFC returns next week with UFC Fight Island 5, which will be headlined by Marlon Moraes vs Cory Sandhagen.