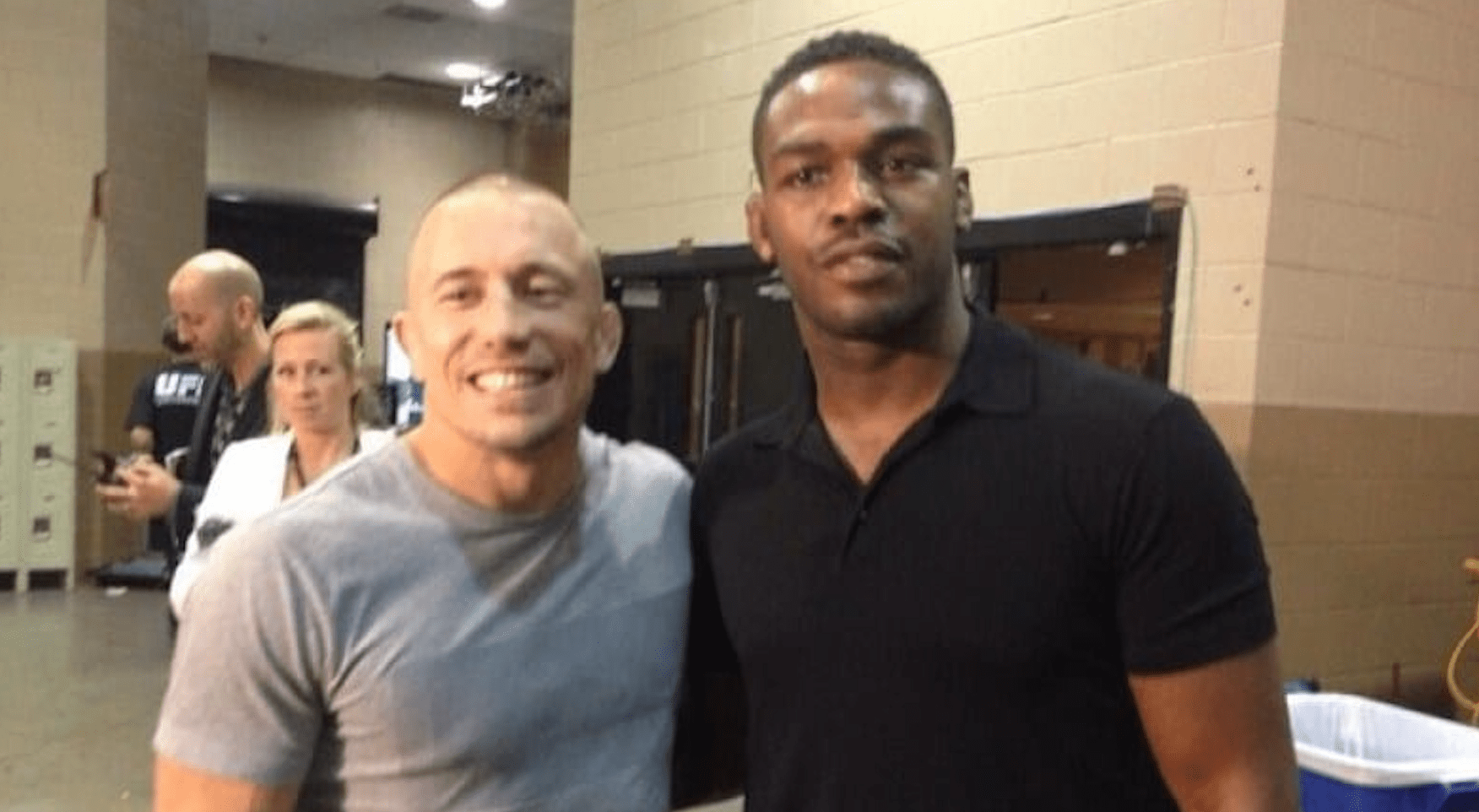 Jones announced his move up to heavyweight after vacating his light heavyweight title last August. He was the frontrunner to face the winner of UFC 260’s title fight between Ngannou and Stipe Miocic, but negotiations failed to materialise.

After Dana White announced that Derrick Lewis is set to challenge Ngannou for the title next, Jones was offered a potential title eliminator with Miocic, but he also declined it.

Speaking on Steve-O’s Wild Ride podcast (as transcribed by MMA Fighting), St-Pierre said he believes it would be a mistake for Jones to fight Miocic next and not fight Ngannou for the title.

“I think Jon should fight the champion, not Stipe,” St-Pierre said. “I think he should fight Francis Ngannou, the champion. I believe, if I’m Jon Jones – when we talk about this, we talk about it like a chess game because these are big important decisions that you make. Fighting, there’s always a question. Because you think you beat one guy doesn’t mean that even if the odds favour you, doesn’t mean you’re always gonna win. I think it would be a mistake for Jon Jones to fight Stipe.”

When St-Pierre says fighting Miocic would be a mistake for Jones, he doesn’t say so because he thinks he would lose. Instead, GSP wants the 33 year old to avoid taking any unnecessary risks when he has the chance to fight the champion.

“I believe Jon Jones will beat Stipe. However, why take the risk of fighting Stipe when you can wait and fight the champion, if you can, and collect two belts,” St-Pierre said. “Then after, Jon Jones the greatest of all time, if he does that he can run off into the sunset. His stock will be as high as – more higher than anybody ever. Another world will open for him as he retires. He can do whatever he wants. The problem is, guys hang there in the sport for too long. They are considered the best but they hang there too long so now their stock goes down and they retire as their stock are down. So when they retire, the door does not open for them because they already broke. Their stock is bad. So that’s why you should retire on top.”

Having A Good Team

Like Jones, St-Pierre is also considered by many to be the GOAT. GSP however, had a much smoother ride in the promotion in comparison, which he says was a result of having a great team around him.

“You need to fight for every inch of it,” St-Pierre said. “I don’t do that. It’s not my job. I’m not qualified to do that but I have very qualified people who do that for me and I think a fighter, one of his jobs, is to choose carefully his team. That he hires people he can trust but also who are qualified to do the job to represent him well.”

Do you agree with Georges St-Pierre’s comments on Jon Jones?