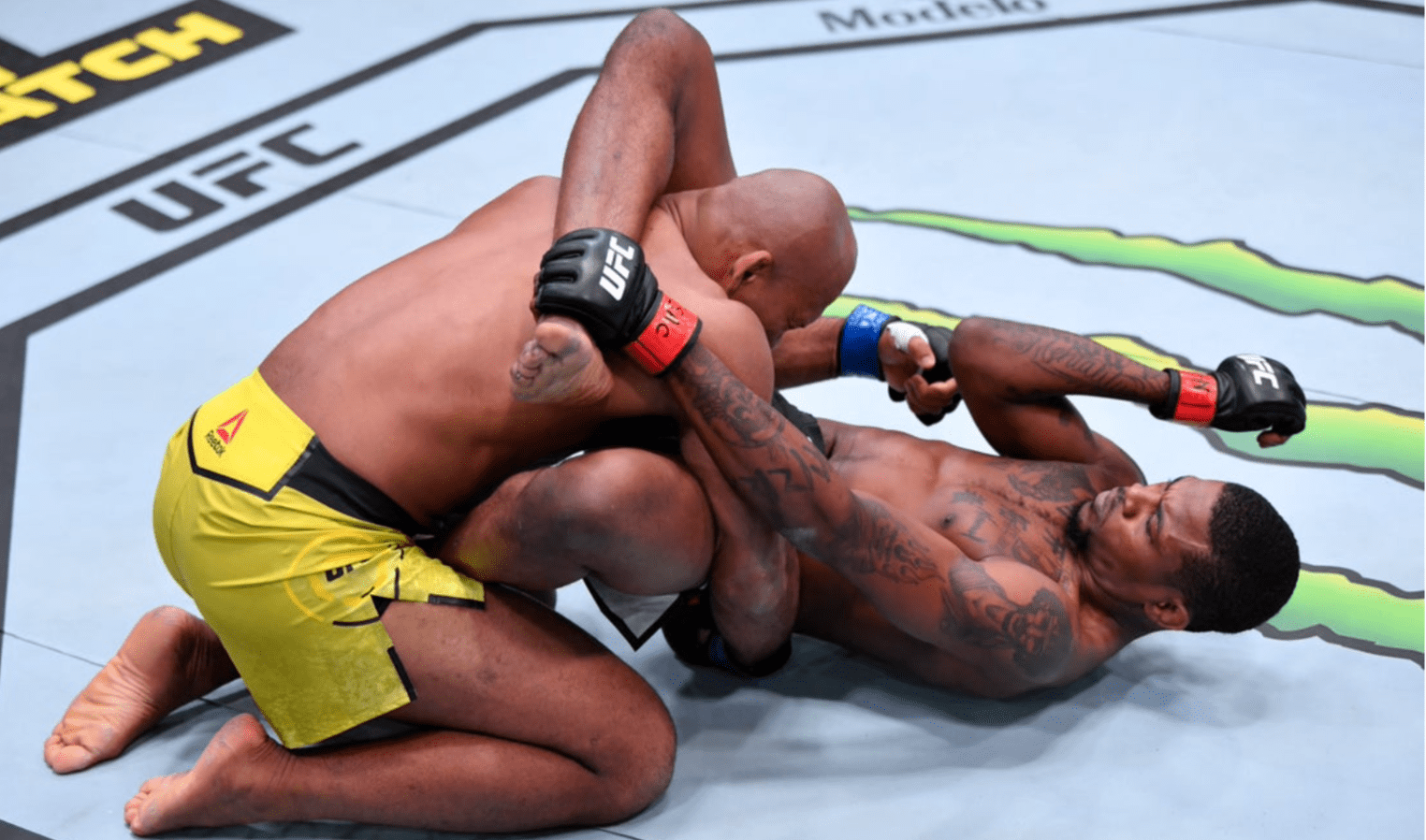 After notching up his fifth win of the year at UFC 256, Kevin Holland put himself in contention for the Fighter of the Year award. ‘Trail Blazer’ scored a spectacular knockout from the bottom position against veteran middleweight ‘Jacare’ Souza, this past weekend. Not content though, the 28 year old wants to add another feather in his cap before the year ends.

In his post-fight interview with Joe Rogan (as transcribed by MMA Junkie), Holland expressed his desire to fight fiery prospect Khamzat Chimaev this weekend at UFC Vegas 17.

Speaking to the media following his win at UFC 256, Holland explained his call out, and hit out at Chimaev for not beating anyone of any significance inside the Octagon.

“He doesn’t have a reputation for fighting all the time, that’s just what all the casuals think, that he fights all the time,” Holland stated. “He fought three times this year, two times against bums and then another time against Gerald Meerschaert. Gerald Meerschaert’s not a bum, but he was coming off a knockout. He hasn’t beaten anybody in the UFC with a win but, at the same time, he’s a good ticket for the UFC, so let me stop talking about somebody that can help us make money, right?”

Chimaev, who won three times in 66 days earlier this year, was scheduled to fight Leon Edwards in the UFC Vegas 17 main event, but the fight was postponed after the Brit tested positive for coronavirus. The fight is now set to take place in the main event of the UFC’s January 20th card on Fight Island.

While Holland might not have his Chimaev wish granted just yet, he said he’ll happily accept anything the UFC offers him.

Would you be interested in a fight between Kevin Holland and Khamzat Chimaev?