UFC: Loma Lookboonmee Is Ready To Face Anyone Next 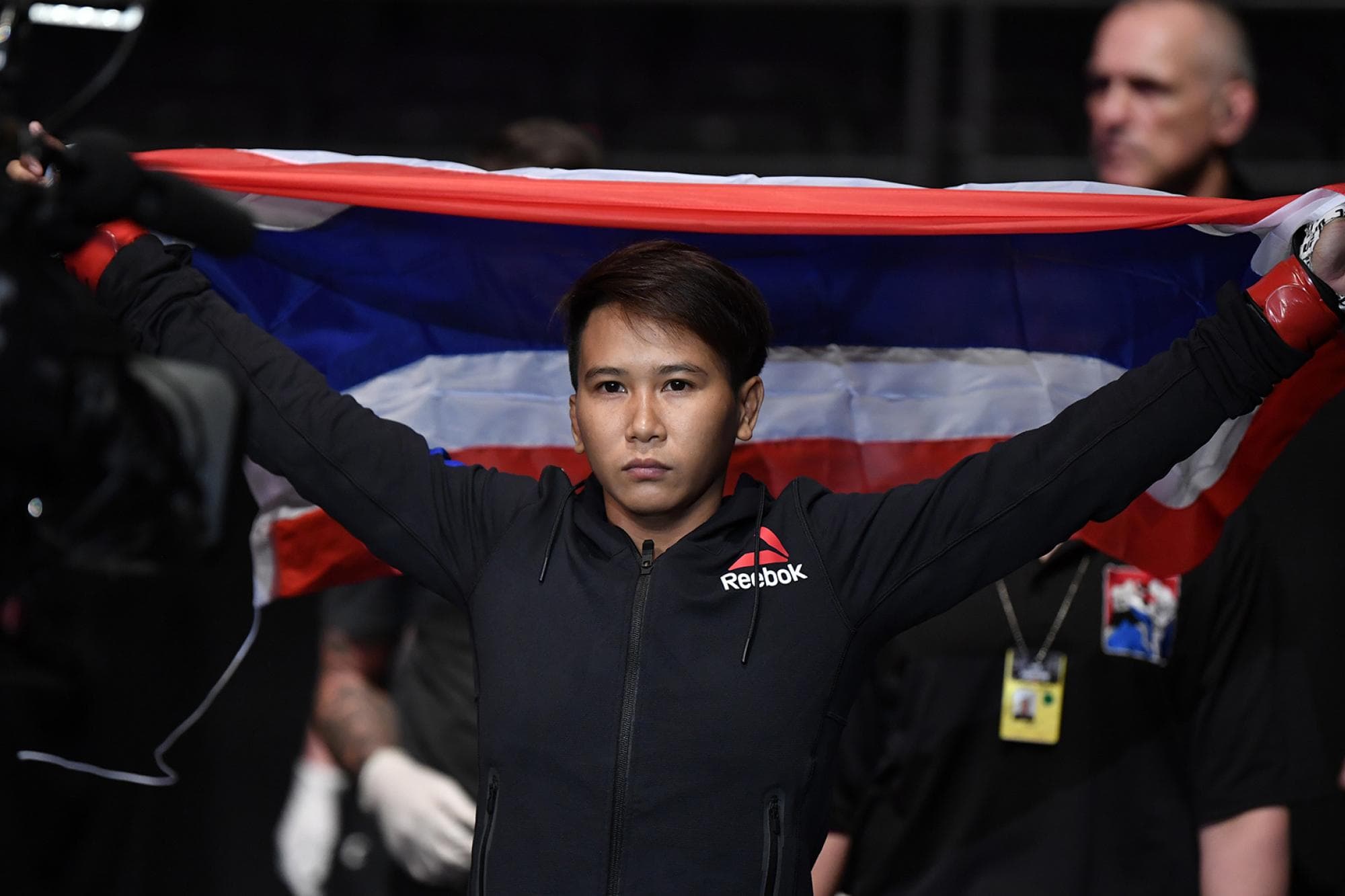 Earlier this month, Loma Lookboonmee earned her second win inside the UFC Octagon, when she beat Jinh Yu Frey by way of unanimous decision at UFC Fight Island 4.

The win in the strawweight division was made even more special by the brilliant performance. Coming from a Muay Thai background, Lookboonmee believes this fight established her as a bonafide MMA fighter, and not just a Muay Thai fighter competing in a cage.

I’m Really Proud Of My Performance

Speaking exclusively to Asian Persuasion MMA (as translated by her manager, Frances Watthanaya), Lookboonmee said that she was very proud of her performance on Yas Island.

“I’m really proud of my performance in this fight,” Lookboonmee said. “And the reason I’m proud of my performance in this fight is because I feel that this fight really established me as an MMA fighter. Before when I fought MMA, I still had a lot of Muay Thai habits, that when you’re at the level like the UFC, it could get you in trouble. But this fight, I was able to use the cage, move off the cage to my advantage, my footwork was better, the way I threw my weapons, I felt that I improved a lot and really established myself as an MMA fighter.”

Lookboonmee’s win at UFC Fight Island 4 came seven months after she lost to Angela Hill via unanimous decision at UFC Auckland. The 24 year old Thai credits much of her improvement since then to her team at Tiger Muay Thai in Phuket, and in particular her head coach, George Hickman.

“My life has changed so much since going to Tiger, and I’ve met so many great people” Lookboonmee stated. “People I never thought I would meet in my life. From my coaches to my manager, I’ve met so many amazing people. My training partners as well. It’s been really amazing for me.

“I feel very supported from my team at Tiger, I feel like everyone is going the extra mile for me. And with George in particularly as my coach, when I lost to Angela Hill, George watched that fight over and over again, and he wrote out notes. And this is not something I’m accustomed to in Muay Thai. It meant a lot to me that he did that, and he worked on making me better…

Ready To Face Anyone Next

Asked who she would like to face next, Lookboonmee said that she’s ready to face anyone in the 115lbs division, but would love to fight someone in the top 15.

Who would you like to see Loma Lookboonmee face next inside the UFC Octagon?