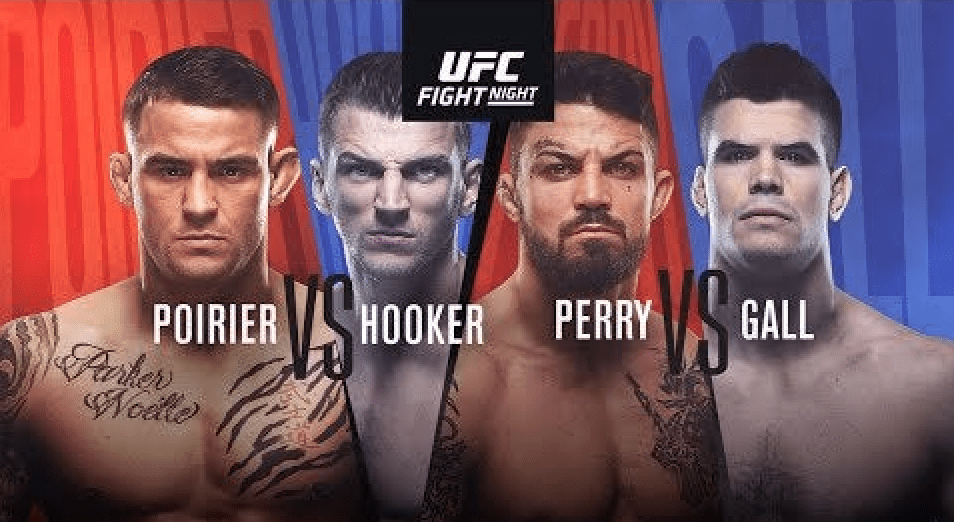 UFC Vegas 4 goes down on Saturday night at the UFC APEX in Las Vegas, Nevada. The promotion’s last card on US soil before heading to Fight Island, sees a top five lightweight clash in the main event. In a potential fight of the year, Dustin Poirier will take on Dan Hooker.

Poirier will be returning from a hip surgery and looking to get back to winnings ways, after losing to Khabib Nurmagomedov last September at UFC 242. Whereas Hooker be looking to make it four wins on the trot and take a step closer to challenging for the 155lbs title.

In the UFC Vegas 4 co-main event, Mike Perry will face Mickey Gall in a fascinating welterweight clash. ‘Platinum’ will be looking to end a two fight losing streak, with only his girlfriend in his corner. While his opponent will be looking to follow up his win over Salim Touahri last October at UFC Newark.

Elsewhere on the card, Gian Villante will make his heavyweight debut against Maurice Greene, and Luis Pena and Khama Worthy face off in a lightweight clash in the featured prelim bout.

Ahead of night, all twenty fighters on the card made weight.

This is how the MMA world reacted to UFC Vegas 4: