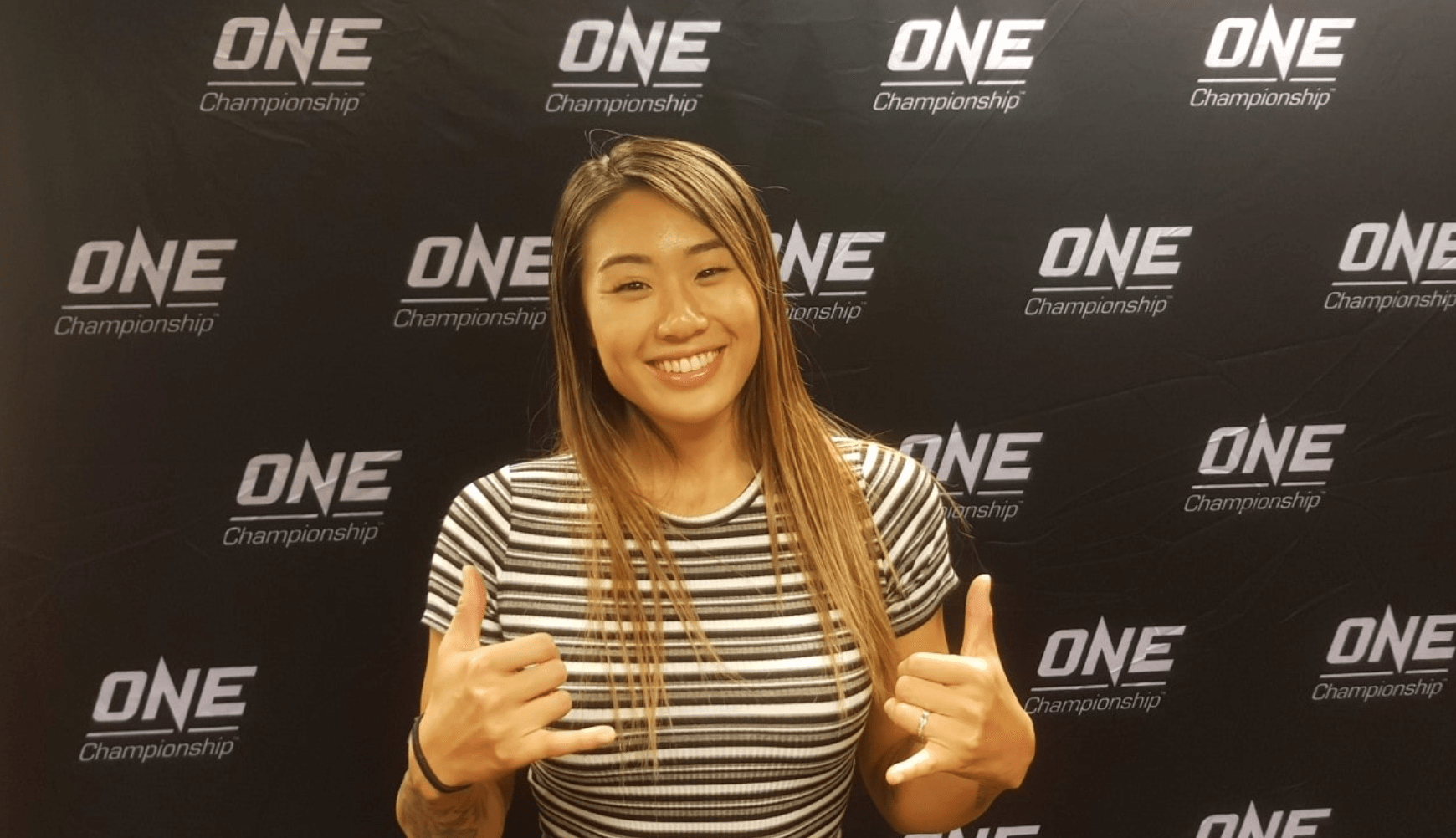 ONE atomweight champion Angela Lee defended her title for the fourth time against Xiong Jingnan at ONE: Century last October. According to ONE Championship CEO Chatri Sityodtong, her next opponent will be Denice Zamboanga, who is ranked number one in ONE’s first official rankings.

Speaking to Miesha Tate on ONE Championship’s YouTube channel, Lee discussed her potential future opponents and the new ranking system.

“I think it’s exciting, I think it’s a good thing that ONE now has official rankings,” Lee said. “ It’s good, especially for the contenders to see where they are at in their division, and it kind of makes things clear.”

When asked who does she find the most intriguing as the next challenger, considering the top five ranked atomweights, Lee said that it’s the number one contender above all.

“Well, of course I’m always keeping an eye out for any atomweight fighter, just to see who is in the mix,” she said. “And now that we have these rankings, of course my eyes are locked on the number one contender, which is Denice. And, you know, it looks like to me, like she’s next in line.”

Although Lee believes Zamboanga deserves the next title shot, the 23 year old is prepared to face anyone.

“You know, it’s kind of always hard to say who’s really deserving of the next title shot,” she said. “I know her two fights in ONE has been up against, you know, girls like Mei [Yamaguchi] and Jihin [Radzuan], Jihin was a fast-rising prospect and Mei, obviously she’s a veteran, she’s been around for a while.

“So I think that it puts her in a pretty good mix, and a lot of people are calling for it. I’m just staying ready, for me it really doesn’t matter who the next contender is, as a champion I’m prepared for anyone.”

With her title defence against Zamboanga set to take place as soon as the coronavirus situation improves, ‘Unstoppable’ shared her opinion on the matchup with the number one contender.

“You know, Denice, I watched her fights, she’sreally strong fighter, pretty well-rounded I say. Her striking is impressive, very straightforward, and she has good pressure, you know, really good everywhere I’d say, good MMA fighter,” Lee explained. “But I think we match up really well, I think that I can take her into some areas where she’s probably not experienced with some other fighters. And my team and i are already building a gameplan for her.”

Despite their professional paths about to cross, Lee has nothin but nice things to say about Zamboanga.

“I’ve seen her interviews and she seems like a nice person, and just excited to live this life of a professional fighter, and chase her dreams of becoming a world champion,” Lee said. “I think that’s everyone’s goal. So with me, it’s never really personal. When I have an opponent I just try to stick to the gameplan and get the job done.”

Lee’s last opponent, the ONE strawweight champion Xiong Jingnan, isn’t ranked at atomweight, although she is 1-1 with Angela. And ‘Unstoppable’ can understand why.

“I wasn’t too surprised that I didn’t see her there because even though our last fight she went down a division to compete at atomweight, I kind of had a feeling that she didn’t really want to stay there, at that division. I think she’s comfortable at the strawweight division.

“But you know, for me, that’s not really the case, for me, I’m always wanting to go into the next division and challenge myself. But yeah, I think that, atomweight is a tough division. It’s tough, the girls there are tough, It’s hard to get down to atomweight, so yeah, if I was Jingnan I’d probably stay at straw[weight].”

Lee thinks that the new ranking system is useful, but on the other hand she wouldn’t use it as the only reference point.

“I thinks it’s a good gauge for you to know, I mean, not just the fans you know, but for the fighters as well to kind of see where things are,” she said. “But I wouldn’t base everything entirely just on the rankings.

“It’s hard to know what the criteria is, what they’re judging it off of, like, how impressive was the last fight, or the length in between fights. So I’d say it’s a kind of a good gauge, but I wouldn’t base everything entirely off of those rankings.”

How do you think Angela Lee vs Denice Zamboanga goes?