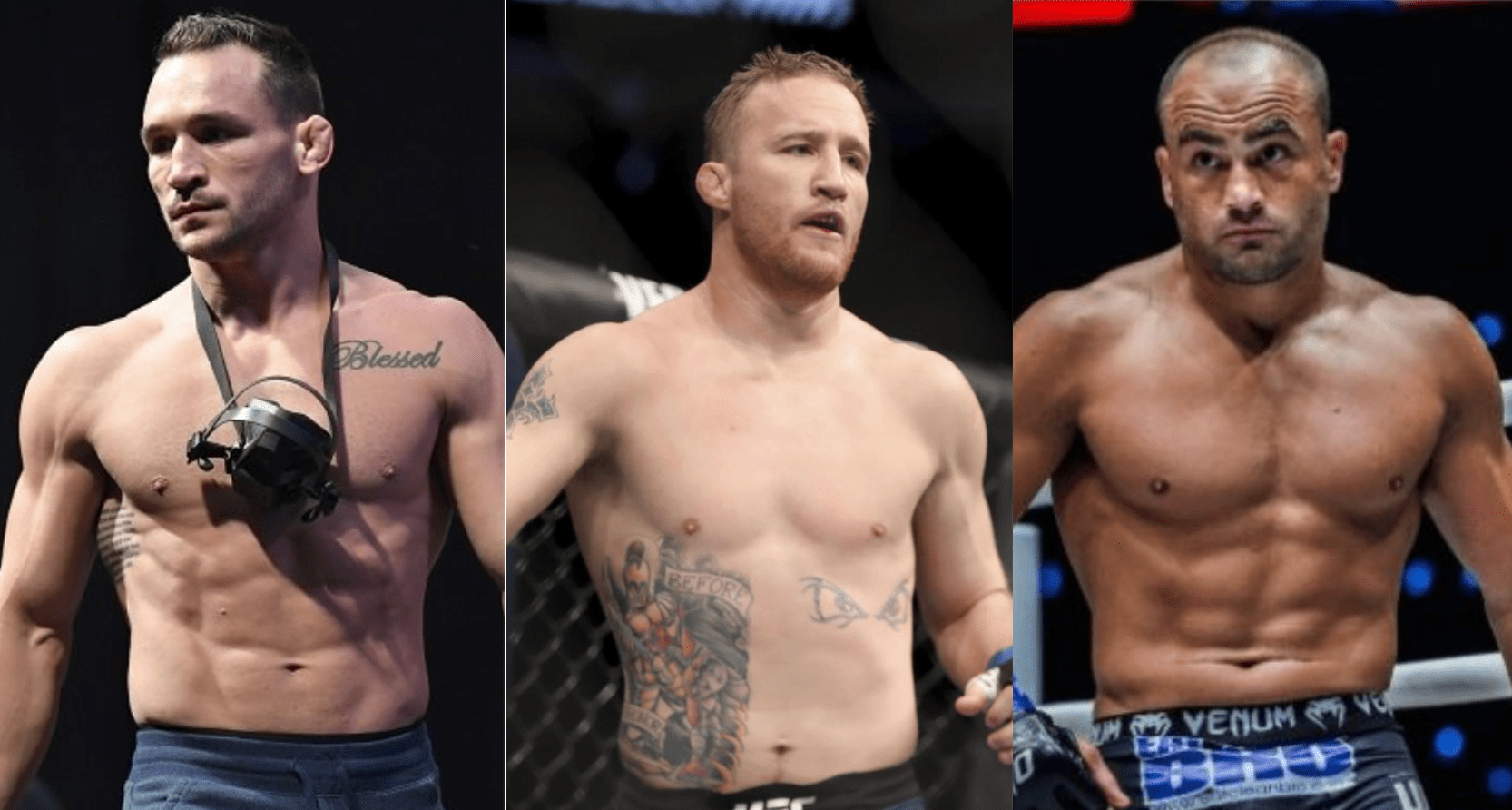 Michael Chandler says if Eddie Alvarez can beat Justin Gaethje, then he definitely can as well, and in a much better fashion. The former Bellator champion is coming off a second round TKO loss to Charles Oliveira at UFC 262, when fighting for the vacant UFC lightweight title.

Despite having Oliveira in real trouble a number of times in the first round, the Brazilian was able to survive to the buzzer. In the second round however, ‘Do Bronx’ turned the tables on Chandler, hurting him with a check left hook and then finishing the job with a flurry of punches.

Learning From His Mistakes

Speaking to MMA Fighting, Chandler said he’s not making any excuses for the loss, and will be more disciplined when he enters the Octagon the next time around.

“I blame this completely on myself,” Chandler said. “I took one on the chin. I didn’t have my hand up and Charles Oliveira was able to finish me. I was very close to finishing him in the first round, which probably makes it even harder to accept. The fact that I was a split second or one second or one more punch of becoming the UFC lightweight champion, but I lost in the second round. I got finished in the second round. I’m taking full ownership of that.

Having had an eventful first year in the UFC, Chandler said that he wants to take some time off to heal, before resuming training in the Autumn as he plans to compete again by the end of the year.

“Focus on my health for a couple of months and get back into training camp sometime in the fall,” Chandler said. “I will fight before the end of the year. I will have come into the UFC and a matter of 14 months and fight three times and was the backup for a world title fight one time. That’s pretty darn good on a resume.”

Ever since he joined the UFC, Chandler has been linked with a fight against Gaethje. A fight was reportedly in the works earlier this year, before ‘Iron’ Michael was matched up with Oliveira for the vacant title.

“I think Gaethje-Chandler is probably the biggest fan favourite fight on the entire planet right now,” Chandler said. “I think he becomes a part of my highlight reel or I become a part of his highlight reel, and both of us come forward and enjoy a good old fashioned, passionate scrap. That’s how he’s wired. That’s how I’m wired.

“Justin Gaethje’s been on the tips of the UFC’s tongue, our tongue, myself and my management since we signed with the UFC. It just hasn’t worked out that way for numerous different reasons.”

Chandler is in no rush to sign on the dotted line to fight Gaethje however, saying that the bout will happen when the time is right.

“Timing right now is the issue,” Chandler explained. “I just fought eight days ago, ten days ago, whatever it was, he hasn’t fought in eight or ten months at this point. It’s going to be a timing thing. You’ve got Beneil Dariush, who just fought, obviously he wants some time off because of his family. Who knows.

“All I know, the top five in the UFC is aplenty when it comes to talent and that’s a fight that I would welcome. It’s just got to make sense on the timeline and I tell you what, people will be chomping at the bit to see that fight.”

Alvarez, who has faced both men, recently said that Gaethje would be a ‘terrible’ matchup for Chandler. Who begs to differ.

Alvarez and Chandler are 1-1, having fought twice in Bellator. The Sanford MMA representative won their first encounter by submission, but lost a unanimous decision in the rematch.

Should their stars align somewhere down the road, Chandler would embrace competing against Alvarez a third time.

“I appreciate Eddie,” Chandler said. “Eddie’s a guy, I spent almost 50 minutes in the cage with. We never got that trilogy to happen so maybe sometime down the line, we can make it happen. It’s all part of it.

“You’ve got to respect Eddie. Eddie’s a legend. He is 100 percent a Hall of Famer when it comes to lightweights. One of the greatest lightweights of all time. I’m going to have to have a conversation with him and see what he thinks.”

How do you think Michael Chandler vs Justin Gaethje would go down?