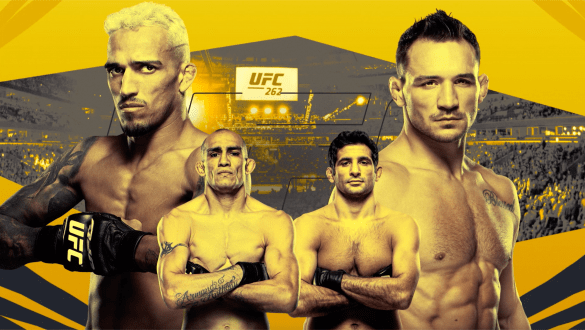 UFC 262 goes down on Saturday night at the sold out Toyota Center in Houston, Texas. In the main event, Charles Oliveira and Michael Chandler will fight for the vacant lightweight title, that was relinquished by Khabib Nurmagomedov.

Oliveira goes into the title fight on an eight fight win streak. Most recently, dominating Tony Ferguson for three rounds in December at UFC 256. While Chandler made an immediate impression in his promotional debut at UFC 257, by finishing Dan Hooker in the first round.

In the co-main event, Ferguson will look to get back to winning ways against Beneil Dariush. Before losing to Oliveira, ‘El Cucuy’ lost to Justin Gaethje fighting for the interim title at UFC 249. The loss ended his twelve fight win streak. The Iranian 32 year old on the other hand, has won his last six.

This Is How The MMA World Reacted To UFC 262:

The UFC returns next weekend with UFC Vegas 27, which will feature the top five bantamweight clash between Rob Font and Cody Garbrant in the main event.