Eduard Folayang Looks To Break Into ONE Lightweight Rankings 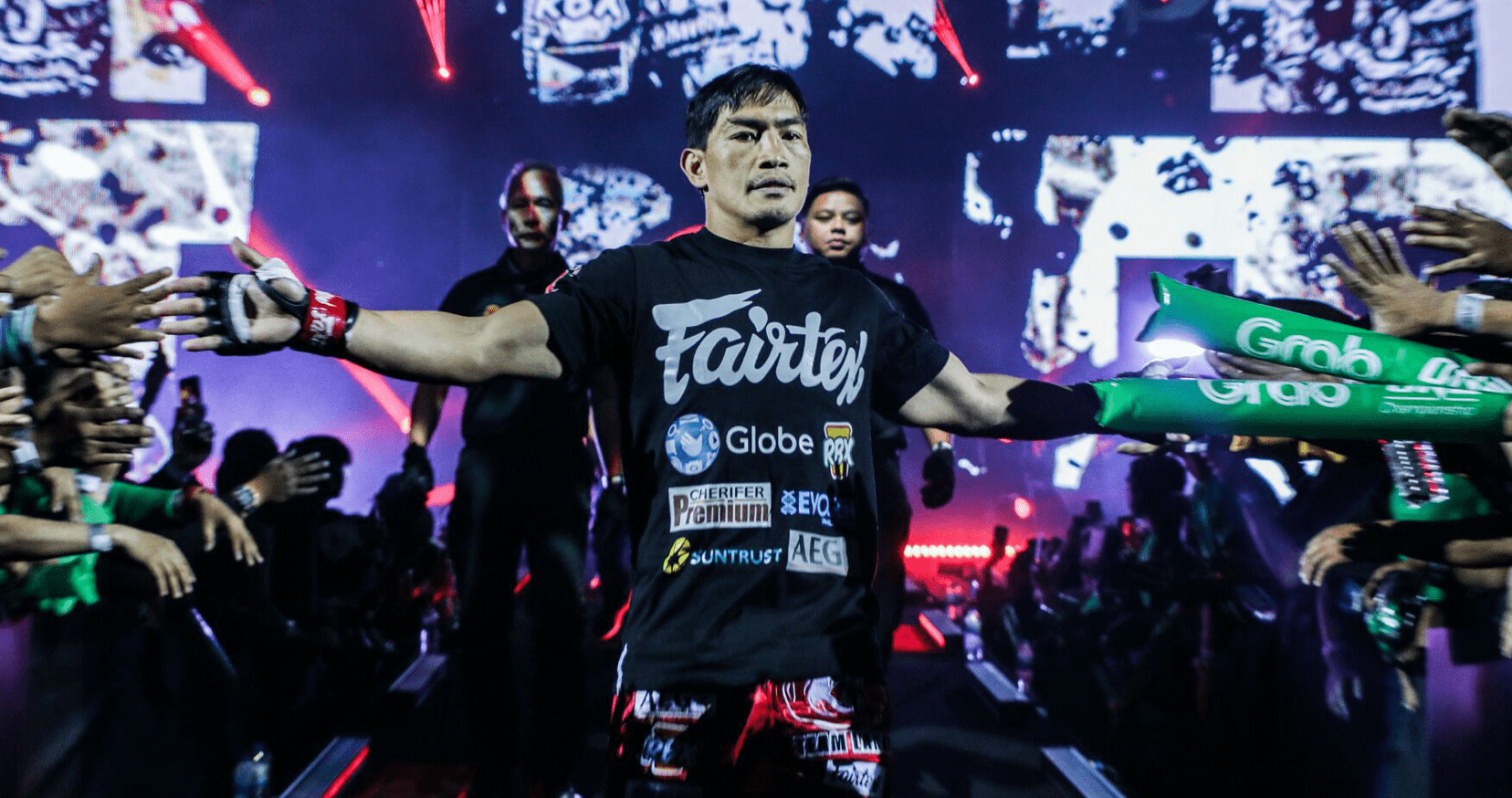 ONE: Inside The Matrix is set to go down in Singapore on October 30th. The event will see the return of Filipino fan favourite Eduard Folayang, who will be facing Antonio Caruso in his second bout of 2020.

Since his last fight in January, Folayang’s home of Baguio City has gone into lockdown as a result of the coronavirus. The Philippines has been one of the hardest-hit countries in Asia by the global pandemic. Speaking exclusively to Asian Persuasion MMA, the former ONE lightweight champion said that there is definitely a new normal in his hometown.

“There’s a lot of lockdown there in my city,” Folayang said. “But the good thing is the people are disciplined. So they just go out for necessities. It’s hard for the adjustment. But as time passes by, people are already coping. I think we really need to accept the fact that the virus is already there.”

As coronavirus restrictions have eased, gyms have now opened. This means training has resumed for Folayang and his crew. ‘Landslide’ has made the most of this opportunity ahead of his fight with Caruso.

The lockdown also provided the Filipino fighter with a new perspective. For many, being in quarantine can feel so restrictive. And when lockdown ends, what comes after can be so liberating.

“Great Motivation For Me”

Usually for most fights, a Team Lakay fighter will have the full stable in their entourage. But with the protocols in place, Folayang will only have Mark Sangiao in his corner come fight night. For the 36-year-old, having the Team Lakay head coach is crucial. He also knows that even though his teammates and fans won’t be there in person, they will support him from wherever they are watching him.

“I think it’s very important that the coach is there,” Folayang said. “Although of course we are expecting that the whole team will come. Because of this situation, we are limited. Knowing that you have a coach and your supporters are behind your back even though they’re not present, I think that’s a great motivation for me to move forward.”

The Return Of Team Lakay

Since the return of ONE Championship after the global pandemic, there has yet to be a Team Lakay athlete to grace a fight card. Folayang will be the first athlete from the fabled Filipino team to do so, and he is grateful to be making his return to the ONE Circle on October 30th.

“I’m so thankful for ONE Championship for making this event possible,” said Folayang. “Not only for me, but for the athletes that will be competing. And a lot of fans are waiting for Filipino fighters to be competing again in ONE and I’m lucky to be part of it. It’s a great privilege and honour to be representing the country again in this situation.”

‘Landslide’ In The Rankings?

The last time Folayang fought, the ONE athlete rankings had yet to be unveiled. But now that they are, his name has been left out in the lightweight category. ‘Landslide’ however, will aims to break into the rankings as he works his way towards another title shot.

“For me, the rankings are there,” Folayang said. “Of course, everyone wants to be there. I’m already there but I will make my way again. It’s a matter of starting again and doing my thing. For sure, I will be there again.”

“I Don’t Want To Be A Gatekeeper”

Folayang hopes a win over Caruso will set him on the right path towards another shot at the lightweight title. He does not want to continue fighting non-title bouts and eventually become ONE’s gatekeeper. He wants to finally overcome his trials and tribulations in order to taste his former championship glory.

“It’s very important for me,” said Folayang. “Every fight for me is very important. Antonio is an upcoming fighter. I don’t want to be a gatekeeper. I want to showcase my abilities on why I have been able to become a world champion. So I think this fight will be an interesting matchup.”

Apart from having lost to Buist, Caruso has more of an advantage when it comes to youth. Folayang acknowledges this as well.

“His nickname is ‘Spartan’,” Folayang said. “I saw him fight with Pieter Buist. We both lost. He’s an upcoming [fighter]. Probably the only difference is the age and I think this is a good matchup for us on October 30.”

Back In The Win Column

Come fight night, despite all that he’s gone through, Folayang is highly confident that he will emerge victorious.

“That will be a suspense,” said Folayang. “But I’m confident that my hand will be raised.”

Who do you have winning when Eduard Folayang takes on Antonio Caruso at ONE: Inside The Matrix?