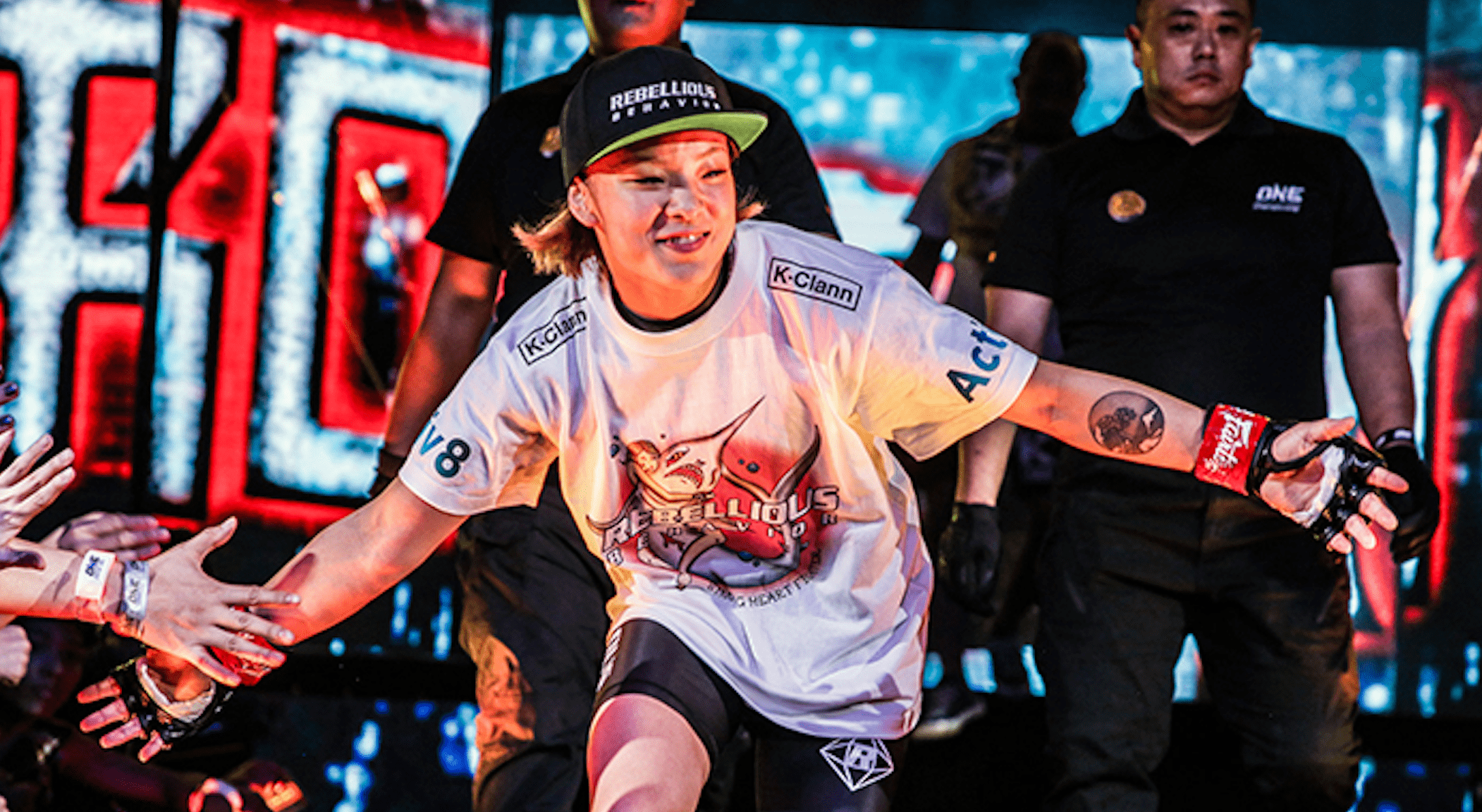 There’s no question that Itsuki Hirata is one of the fastest-rising stars in ONE Championship. She is riding a six-fight winning streak, having most recently stopped Nyrene Crowley at ONE: Warrior’s Code one year ago. After a year of inactivity, ‘Strong Heart Fighter’ is set to make her return in the Road to ONE: Young Guns main event on February 22nd.

Hirata was booked to fight several more times last year, but due in part to the coronavirus pandemic, she had to make do with only the one fight in 2020. In an exclusive interview with Asian Persuasion MMA however, the 21-year-old said that despite the lack of fights and the global pandemic, she was able to train consistently.

“I had fights that were cancelled often,” said Hirata. “But during most of 2020, I was able to be in an environment where I was able to train consistently so I think it wasn’t that bad.”

Primarily a submission specialist, Hirata believes that fight fans will see improved striking when she finally returns to action.

“I focused a lot on striking,” Hirata said.

Road To ONE: Young Guns will mark the first time that Hirata has competed in her home country of Japan since October 2019, when she submitted Rika Ishige in the second round at ONE: Century.

Facing Miku Nakamura, Hirata believes that she can negate her opponent’s strengths, having worked tirelessly on improving her striking skills since her last fight.

“From my understanding, she’s a striker but I have been working on my own striking this entire year so I think I’d like to be able to show what I’ve been training in the fight,” Hirata said.

Hirata is currently undefeated at 6-0 with all her wins coming by way of stoppage. She knows that if she wants to qualify for the ONE Atomweight World Grand Prix, she needs to keep winning.

“I don’t really see it as pressure, necessarily,” said Hirata. “But I know to get to the Grand Prix, I can’t let myself lose at the present moment. So I’m working towards that.”

One of Hirata’s major goals for 2021 is to compete in the upcoming ONE Atomweight Grand Prix, and she is currently operating under the mindset that a single loss could cost her a spot in the eight-woman tournament.

“I definitely can’t lose, regardless of whether or not it plays a factor into the Grand Prix,” said Hirata. “I see it as a stepping stone in preparation to the Atomweight Grand Prix and adding fuel to the fire.”

The winner of the Grand Prix will ultimately challenge the reigning atomweight champion Angela Lee for the ONE title, who is currently sidelined from fighting as a result of her pregnancy. While some fighters and fans have criticised ‘Unstoppable’ for keeping hold of the belt during her pregnancy, Hirata sung the praises of the champion.

“She’s still holding on to the belt and the very fact that she is and it wasn’t taken away from her just goes to show how much of a strong athlete she is,” Hirata said. “Whenever she does come out and is ready to defend her belt, I’ll be ready.”

At ONE: Unbreakable 3, the main event saw fellow atomweight contender Stamp Fairtex lose in controversial fashion to Alyona Rassohyna. Despite the huge improvements the Thai has made in the grappling department, Hirata still believes she needs more work on that side of her game.

“Stamp definitely still has some holes in her game in terms of the grappling aspect,” Hirata said. “Obviously, she’s a very good striker but I think I should take that to my advantage in case I would match up well against her.”

Hirata also expressed an interest in facing Meng Bo, the second-ranked athlete in the ONE atomweight division. The Chinese 24 year old is known for her formidable boxing skills and knockout power, so a fight between the two would be the classic grappler vs striker encounter.

“I am interested in a few of the athletes,” said Hirata. “Meng Bo, in particular, especially following her last fight.”

Ahead of her fight with Nakamura, Hirata is looking to make a statement.

“I want to show my strenghts obviously,” Hirata said. “But I also want to leave an impression of myself. Not just for Japan, but for the world in general that I am a strong fighter.”

Hirata has high hopes for 2021, and hopes to emerge as the winner of the Atomweight Grand Prix.

“Ideally, I’d like to win the Atomweight Grand Prix, and be able to compete as much as I can,” Hirata concluded.

Do you think Itsuki Hirata has what it takes to win the ONE Atomweight World Grand Prix?