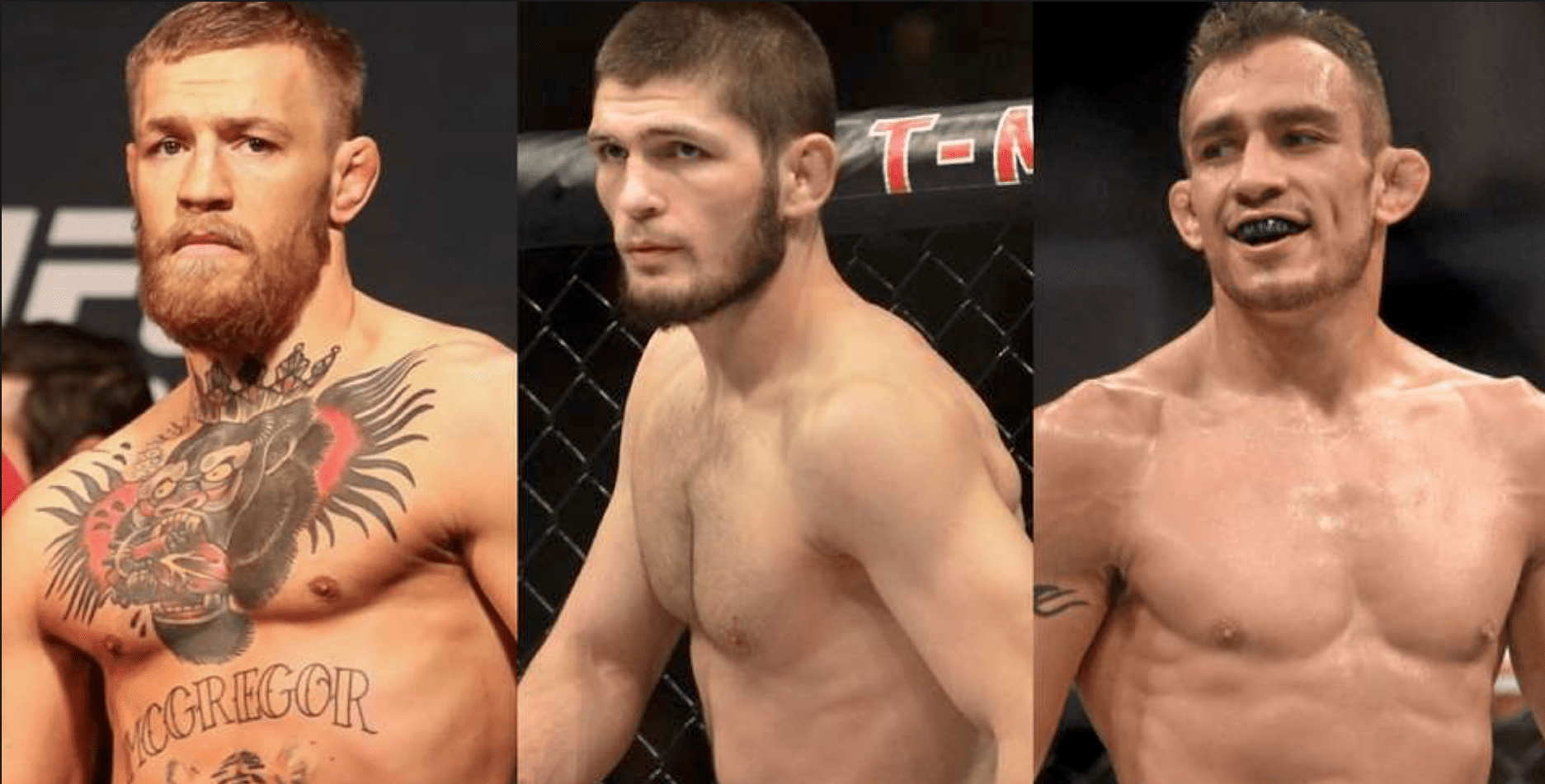 The lightweight division has been chaotic for years, but it just got even crazier. A week ago, UFC 249 looked dead and buried after Khabib Nurmagomedov was forced out as a result of being stuck in Russia because of the coronavirus, but UFC president Dana White’s insatiable appetite for the hustle has somehow resulted in an interim title fight between Tony Ferguson and Justin Gaethje.

In a plotline stolen right out of Mortal Kombat, Tekken, or some other cheesy beat ‘em up video game whose name I can’t remember, the event will happen in a top secret location — so secret that the fighters won’t even know where they’re being taken. Why’s that, you ask? I really haven’t a clue, but it sounds cool.

In and of itself, Ferguson vs Gaethje is a matchup for the ages. Two wild, unpredictable, tough as all hell, unorthodox lunatics going at it for a maximum of 25 minutes in an empty, echoey arena. No crowd chants or screams — just grunts, thuds, and slams. Hell, maybe amidst the bloody chaos, we’ll even get to hear Tony murmur something unsettling with no clear context.

But in the greater scheme of things, this fight is a letdown for most, simply because it means that THE ACTUAL fight for the ages, Tony vs. Khabib, has been canned once more.

But this mess reflects the division, really.

The UFC lightweight roster is arguably the most intriguing, the most competitive, and most entertaining in the promotion, but a quick glance  through recent history tells us another truth — that the top end of the division has been a mess for a long time.

The Revolving Door at Lightweight

That result threw things off course, and they’ve barely recovered since.

Ever since the Irishman’s quiet and humble cameo in the boxing world, the lightweight belt has been on a strange journey. It found a deserving owner in the undefeated, frankly unscathed,  Khabib Nurmagomedov, but even the way it made its way into, and stayed in the Dagestani’s hands has been odd.

Let’s refresh our memories on the odyssey of the lightweight belt since McGregor won gold:

Just four months after that historic fight, the UFC threw hardcore fans a bone in the form of Tony vs Khabib (for the Nth time), but an horrific weight cut put the Dagestani in hospital, and put the fight on ice (for the Nth +1 time).

A few months later, Ferguson won the interim title when he submitted young upstart Kevin Lee at UFC 216. It seemed odd at the time that ‘The Motown Phenom’ was even given that shot, but the division was in flux, and Khabib apparently wasn’t trusted for a title shot. In December 2017, the Dagestani quite literally smooshed the very dangerous Edson Barboza at UFC 219 to show us all what we already knew: Khabib is terrifying.

Tony vs. Khabib was slated once again at UFC 223 in an interim title defence, which almost never happens, but hey, Conor McGregor was champ so the rules didn’t apply. On fight week, ‘El Cucuy’ busted his knee in a freak accident in a TV studio, and the top brass swiftly replaced him with featherweight champ Max Holloway.

To add insult to knee injury, the UFC stripped Tony of his interim title, and also parted Conor McGregor from his undefended lightweight title. All of a sudden Khabib was due to fight a featherweight for the lightweight strap. Go figure.

Remember we were all really excited about Holloway vs. Khabib for like an hour though? Yeah, it didn’t happen. Holloway took ill trying to make the weight in such a short timeframe. Khabib had no dance partner, and the card looked beyond repair.

All of a sudden, one day out from the fight, up stepped ‘Raging’ Al Iaquinta in what now must be the UFC’s second top Outta Nowhere moments*. Iaquinta was and still is a fan favourite, but at that time, he was ranked just outside the top ten, and after weighing in 0.2lb over the limit, he wouldn’t even be eligible to win the belt should he somehow overcome Khabib.

…Which he didn’t do anyway. Iaquinta fought bravely and actually looked to have exposed a few flaws in Khabib’s game, but ultimately ‘The Eagle’ cruised to victory. He had gained undisputed champ status, but had he really?

There were plenty of naysayers, and plenty of fighters calling for a shot at the gold. Unsurprisingly, it was the returning McGregor, the golden ticket, who got the nod at UFC 229. Was this to be the first ‘legitimate’ lightweight title fight in almost two years? In retrospect, no. That rusty, flat footed, caricature of McGregor probably shouldn’t have got the shot.

Khabib did lose a round for the first time ever, but he also became the first fighter to drop McGregor, with a right hand thrown from all the way back in Makhachkala. He then went about ragdolling, smashing and finally face cranking ‘The Notorious’ into submission. For good measure, he hopped out of the cage and started a dust up with the McGregor corner, earning himself an expensive nine month suspension.

Once again, the messy, but undeniably entertaining 155lbs division found itself limbo.

Back came featherweight champ Holloway, this time on weight, to fight the streaking Dustin Poirier at UFC 236 for yet another interim title. Poirier convincingly outsized and outscored Holloway, and then set his eyes on the unification bout with Khabib.

It was September 7th, 2019, and the UFC lightweight division finally had a title fight that made some sense. And it was a good fight too; fought in the Abu Dhabi desert, Khabib dominated in front of the muslim world, and finished Poirier in the third at UFC 242.

As 2020 started, the division was finally starting to make sense again, and the competition was beginning to heat up. Tony and Khabib agreed to fight (for the Nth +1000 time), Gaethje and the returned, kind of back to ‘normal’ McGregor were apparently lined up for the summer, while it looked like Poirier and the resurgent Dan Hooker were also down to duke it out. Order and peace at last.

Well not peace, but comprehensible war.

Now though? The Coronavirus pandemic is sweeping over the globe, Khabib is locked in Russia, McGregor is acting the politician in Ireland, Tony Ferguson and Justin Gaethje are bats*** crazy, Dana White is even crazier, and we’re all baffled. But hell, we have a fight.

It’s an incredible match up, but it’s not the way we wanted it to happen. And of course most of us are hoping above all hope that we’ll just get to see Tony vs Khabib some time soon.

In Dana Whites’s often used words, “That’s the fight that makes the most sense”.

For now though, the 155lb division has devolved into chaos. Feels kind of normal, doesn’t it?