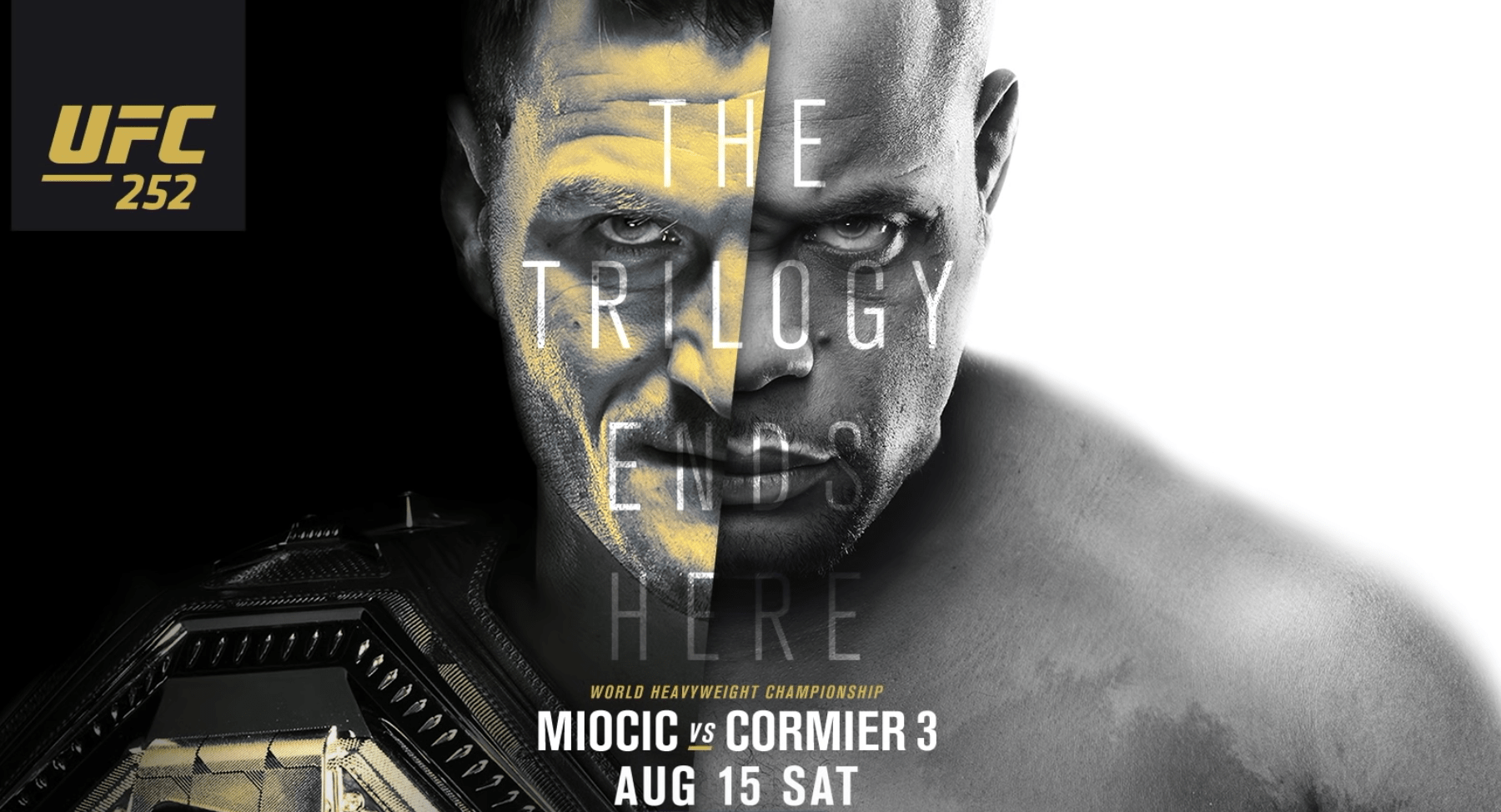 UFC 251 went down this past weekend, and according to reports, did a whopping 1.3 million pay-per-view buys. The most since Khabib Nurmagomedov vs Conor McGregor at UFC 229 in October of 2018. The UFC now has three more cards on Fight Island, before returning to the APEX Center in Las Vegas for nine cards in the month of August. This includes four Dana White’s Contender Series events and of course, UFC 252 on August 15th, which will feature Stipe Miocic vs Daniel Cormier in the main event.

Miocic will have his heavyweight title on the line in the trilogy bout with Cormier. Having lost to ‘DC’ via a first round knockout at UFC 226, Stipe recaptured the belt with a fourth round TKO at UFC 241. Win or lose, the former champion has confirmed that he is set to hang up his gloves after UFC 252.

The co-main event, Sean O’Malley will look to continue his unbeaten recored against Marlon Vera, in a fun bantamweight contest. ‘Sugar’ Sean is coming off a spectacular knockout over Eddie Wineland at UFC 250, which earned him his third post fight bonus in the promotion. While ‘Chito’ is coming off a unanimous decision loss to Song Yadong at UFC Florida, which ended his five fight winning streak inside the Octagon.

Elsewhere on the UFC 252 main card, two of the best heavyweights on the planet will throw down, with the former champion Junior dos Santos taking on Jairzinho Rozenstruik. ‘Cigano’ will be looking to get back to winning ways, having lost two in a row to Francis Ngannou and Curtis Blaydes. While ‘Bigi Boy’ will be looking to bounce back from the first loss of his career, having been stopped by Ngannou at UFC 249.

As we get closer to UFC 252, we will add the very best pre-fight videos to this page. Including the official promos, the face offs and the Embedded Series. We will also add the official weigh-in results below.

Who will leave the Octagon as the heavyweight champion at UFC 252, Stipe Miocic or Daniel Cormier?