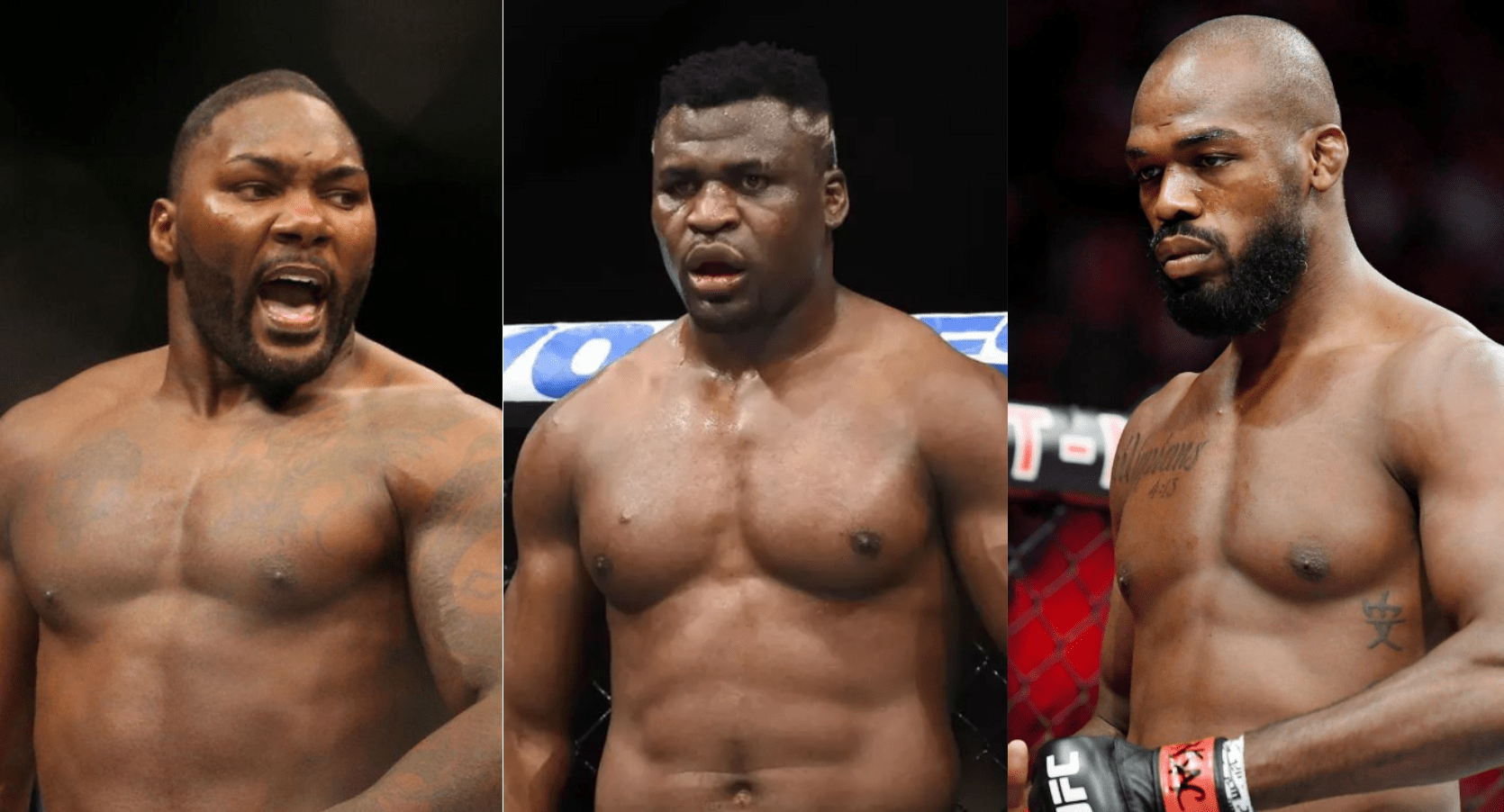 Anthony Johnson has given his thoughts on the potential matchup between the newly crowned UFC heavyweight champion Francis Ngannou, and the former long-time UFC light heavyweight king Jon Jones.

Ngannou knocked out Stipe Miocic in the second round of the UFC 260 main event to win the belt. According to Dana White, Jones is only a call away from getting his title shot at heavyweight, but ‘Bones’ is demanding a huge payday to fight ‘The Predator’.

Speaking to Helen Yee (as transcribed by BJPenn.com), Johnson said that while Ngannou has ferocious power in his hands, Jones is the better-rounded fighter with all the tools to beat the Cameroonian.

“I think Jon just has too many weapons,” Johnson said. “His team is great. His IQ is up there. You know he may not… And everybody was so hung-up on just knockouts. You know knockouts by Francis, which I get. I get that. But, there is still more to it than just a knockout. You can be a knockout artist and just get beat up. Like ‘DC’ (Daniel Cormier) isn’t a knockout artist, and he beat me up.”

“You know, you don’t have to knock everybody out to be great. And you know, Jon I think has all of the tools to beat Francis. I won’t say that he will finish him. But I think he can beat Francis. But, if Francis gets that one [punch], it can be a long night. Well, a short night for Jon if he gets hit. But people say that Jon hasn’t been tested, or that his jaw hasn’t been tested. Jon Jones has fought the who’s who of mixed martial arts. People aren’t realising that. He’s just made it look easy because of his skill. So, I wish people would stop discrediting the man.”

Johnson is gearing up for his quarter-final matchup with Yoel Romero in the eight-man Bellator Light Heavyweight World Grand Prix, set to take place at Bellator 258 on May 7th.

Do you agree with Anthony Johnson’s thoughts on the potential Francis Ngannou vs Jon Jones heavyweight matchup?