UFC: Cejudo Would ‘Marry’ Aldo To Fight Him, After He ‘Stops’ Cruz 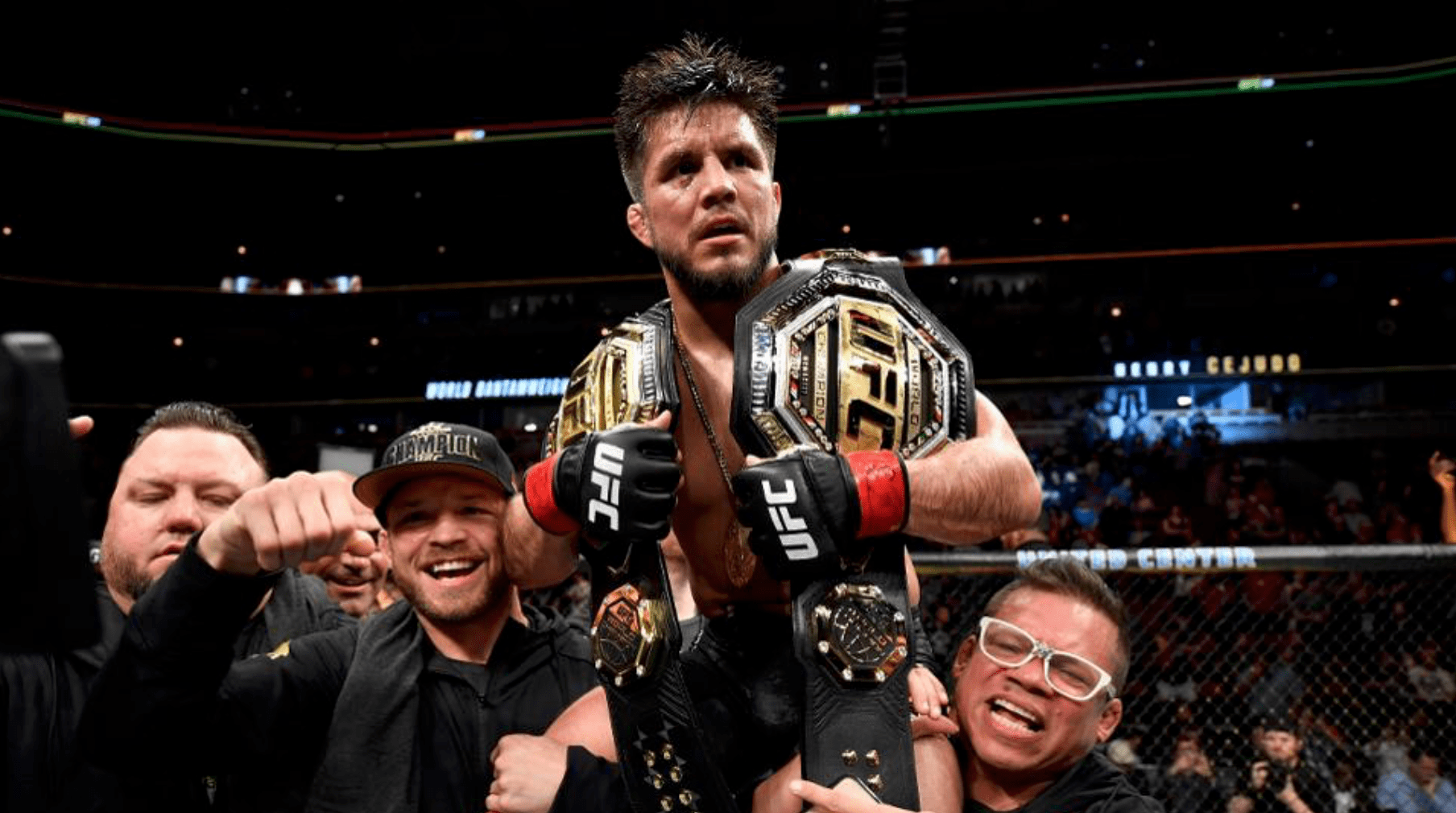 Henry Cejudo is set to defend his bantamweight title against former champion Dominick Cruz, at UFC 249 this weekend. The bout will be the co-main event at the VyStar Veterans Memorial Arena in Jacksonville, Florida and ‘Triple C’ will be stepping into the Octagon as the betting favourite.

Speaking to TMZ Sports, the former Olympic gold medalist revealed his thoughts on the stylistic matchup with Cruz and his preparation for the fight.

“Man, I’ve gone up against a lot of good challenger’s. I guess every fight… every fight’s the biggest fight you know because if you don’t win you become a contender again,” Cejudo said. “Absolutely man, I’ve got a kingdom to reign. The Olympic champ, the bantamweight champ and the flyweight champion of the world. So to answer your question, I think every fight is my biggest fight.”

When asked about the challenges of facing an unorthodox fighter, Cejudo said he has the right game plan to not only fight Cruz but to stop him.

“He’s a little tricky, he likes the footwork type stuff but against a guy like him you have to game plan for him,” Cejudo stated.

“You know, so we brought a couple of guys in that can mimic his style. It’s almost identical, just like him so I saw things that erm… I cold do during my time for this camp and preparation so… He’s tricky, he’s a veteran. He’s tough and he is known to come out and surprise people on his come back, so it’s been about three years and four months since he’s fought I believe.

‘Triple C’ made it clear that he has visualised one specific method of stoppage, during his preparation for the title battle.

“A knockout. Me on top of him and the ref pulling me off of… off of Dominick Cruz. I want somebody else to save him from his own beating.”

Cejudo was originally scheduled to fight Jose Aldo on May 9th in Brazil at UFC 250. However, travel restrictions ruled Aldo out of the bout and allowed Cruz to seize his opportunity for a comeback on the newly scheduled UFC 249 card.

Speaking of Aldo, Cejudo joked that he would ‘marry him’ to resolve his visa issues, so that he could fight the former UFC featherweight champion, once he gets past Cruz on Saturday night.

“Absolutely man. I told Dana White I’ll take this fight with Dominick Cruz and that’s just it but you know, I still don’t wanna let ‘Jose Baldo’ off the hook. So if I have to marry him you know, to fight him, then I will literally marry the dude to take the dude out.

“So he’s having visa issues. I don’t know if they think he’s from Mexico or Paraguay. He may not even be Brazilian for all that matters but I will say this; I will actually marry the dude. I will get on one knee to beat his ass!”

The UFC has an opportunity to make history on May 9th as they are set to become the first major sporting organisation to resume televised events under the coronavirus lockdown. If everything goes well, UFC 249 could become one of the company’s highest grossing events ever and Cejudo is aware that he could benefit extremely well, come Saturday night.

“Absolutely man,” Cejudo continued. “If this thing does over a million pay-per-view buys then I am one rich dude!”

Can Henry Cejudo get past Dominick Cruz at UFC 249, and then Jose Aldo?